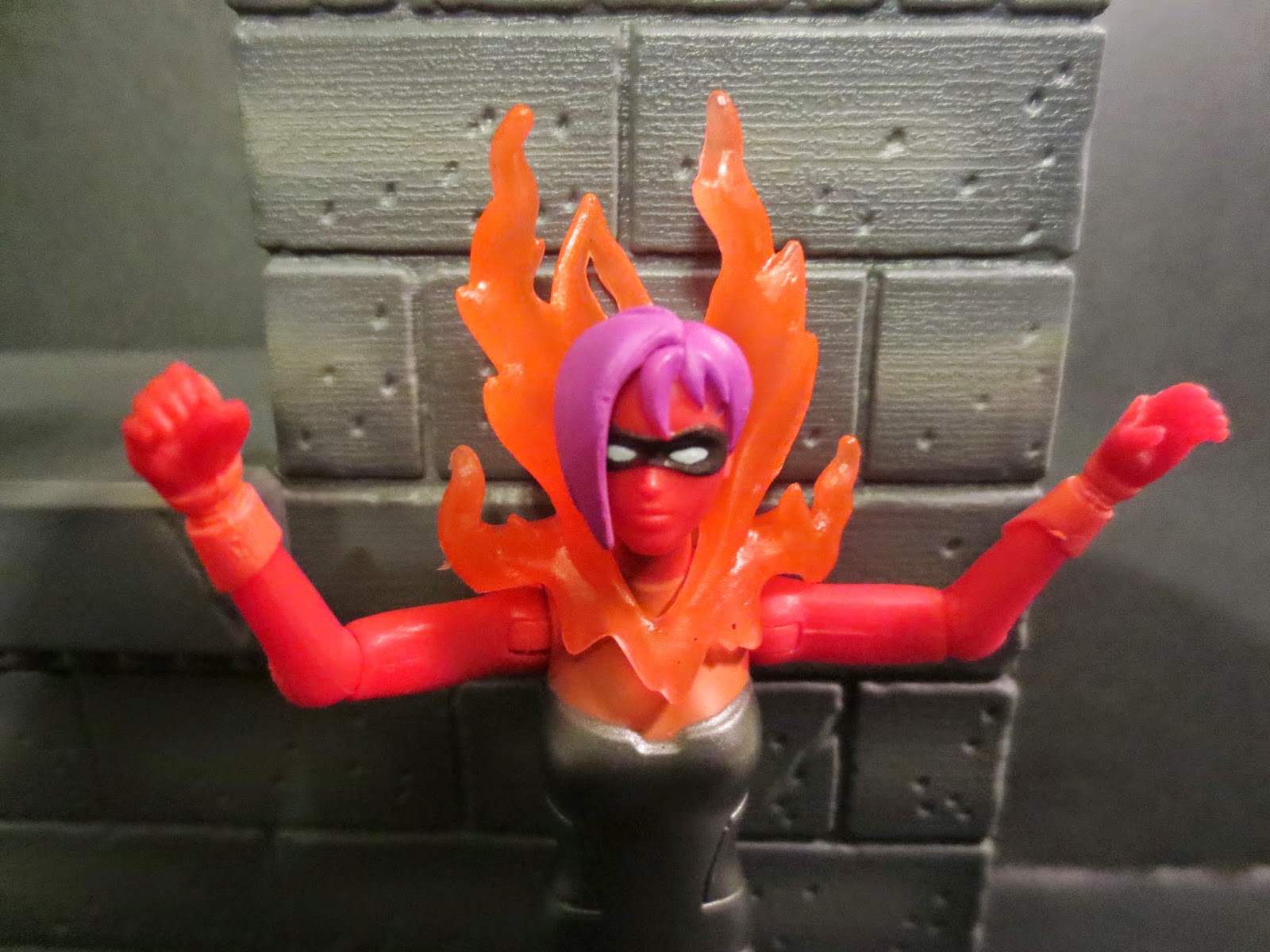 Curious as to what IAmElemental is? Then check out this review where I discuss in detail this cool new line that launched on Kickstarter in early 2014. I'm reviewing the whole first series here at Action Figure Barbecue and since there is a lot of reuse in these figures, just know that there is some reuse in each review. That's not a knock on the figures but simply me letting you know why I'm doing a bit of cutting and pasting (which I don't typically do). Each of the seven figures in this series offers up a different design that reflects an element of character and today I'm looking at the second of the Courage series figures, Energy. These come packaged in blind bagged style bags but they have a checklist on the back with the figure inside marked (with a marker, actually) so you know who you're getting. I'm not sure if these will be sold this way at retail, but it certainly seems like a good idea. Energy's bio card says: "Energy approaches life with excitement and does not do things half way. She has the ability to control electrical impulses." Ready for a look at Energy, a figure with flames on her shoulders? Than join me after the break... 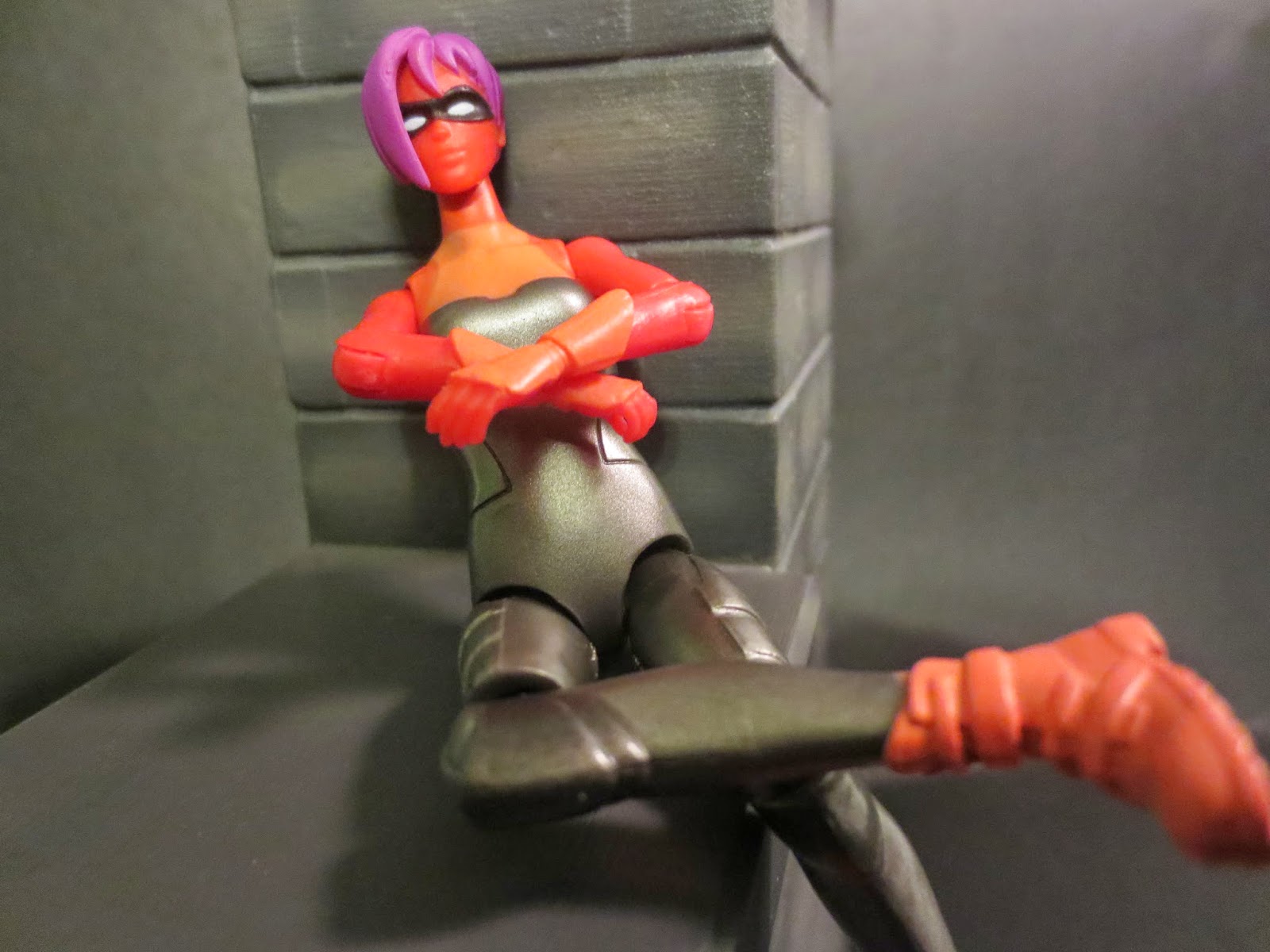 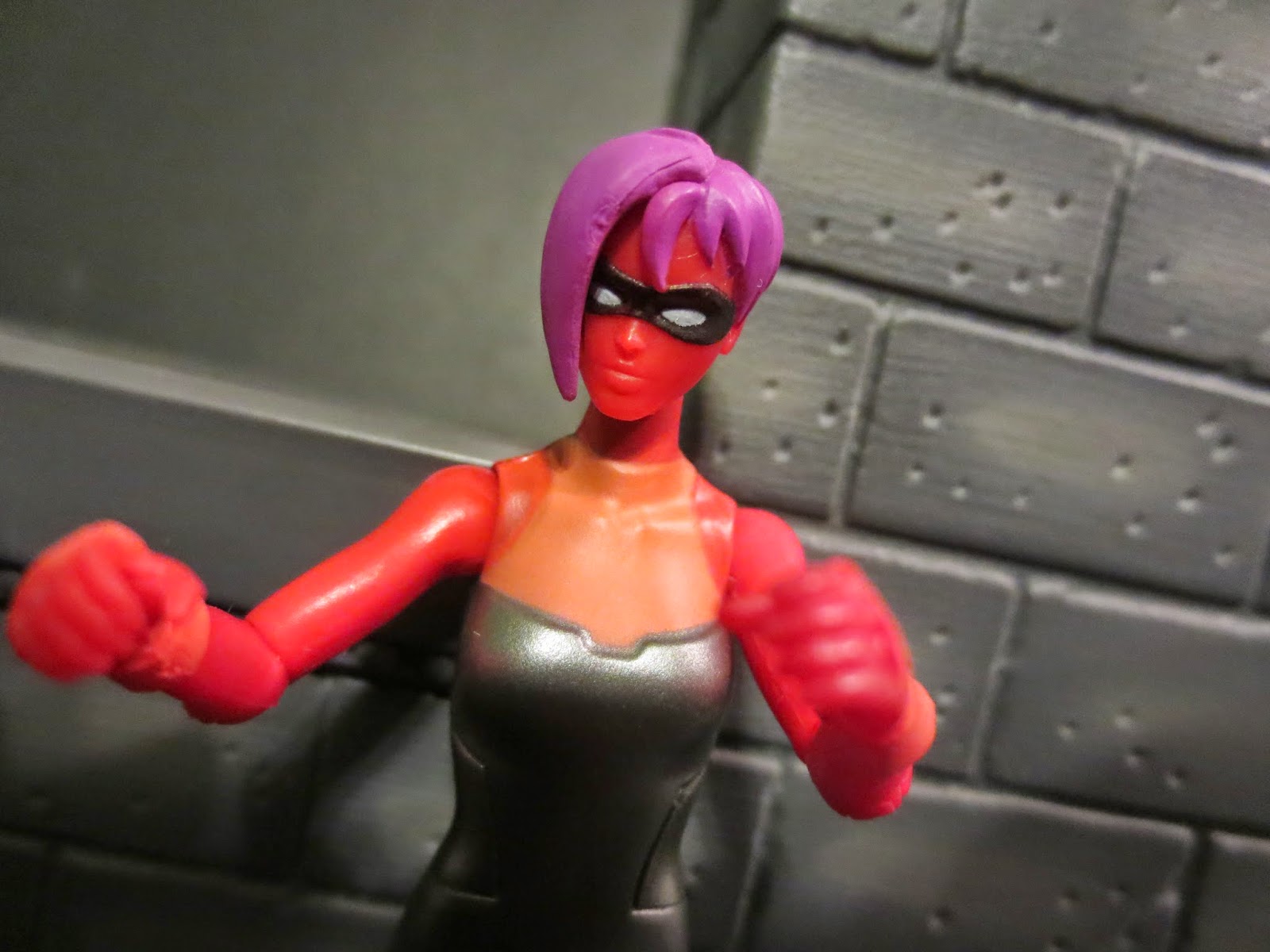 *The articulation and quality control on this figure is just excellent. The joints all feel sturdy and they have an excellent range of motion. You can really have a lot of fun with these figures and get them in some great poses. They're as capable of stomping on the bad guys as any other superhero figures in this scale. 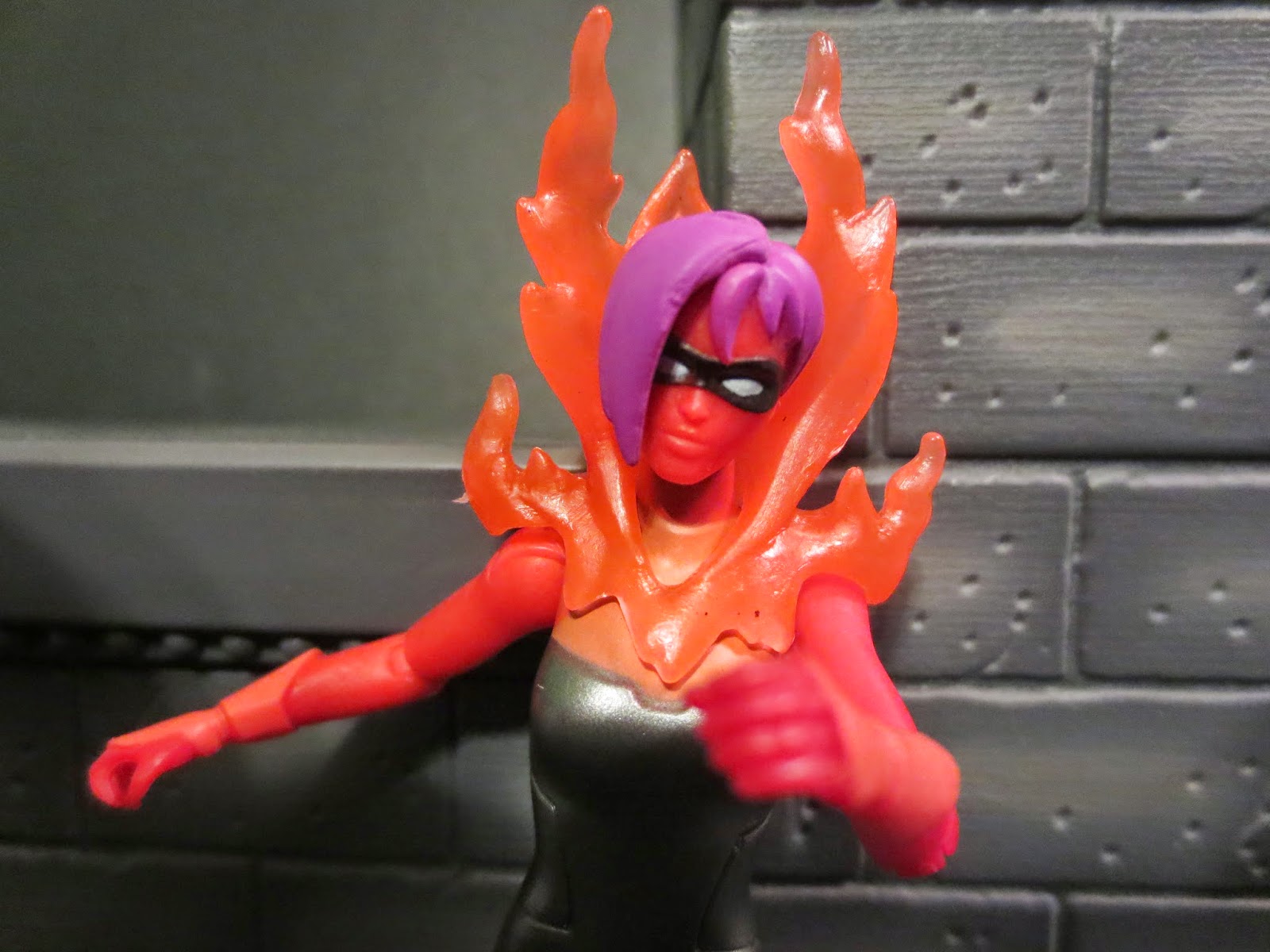 *The sculpting on the figure is quite nice. One of the intentions of this line was to present young girls with action figures that promoted healthy body images and I think they succeeded as the figures have an average, moderately athletic build. Every figure in the first series shares this same body, but it works. The heads are all different, though, and there is some variety in the forearms and legs as well. The costume looks like it's lightly armored and has some nicely sculpted lines to give it some texture. Energy has a really cool headsculpt with her hair longer on one side, kind of covering the right side of her face. She has some cool athletic boots (which she shares with Industry) and the same armored gauntlets as Honesty. 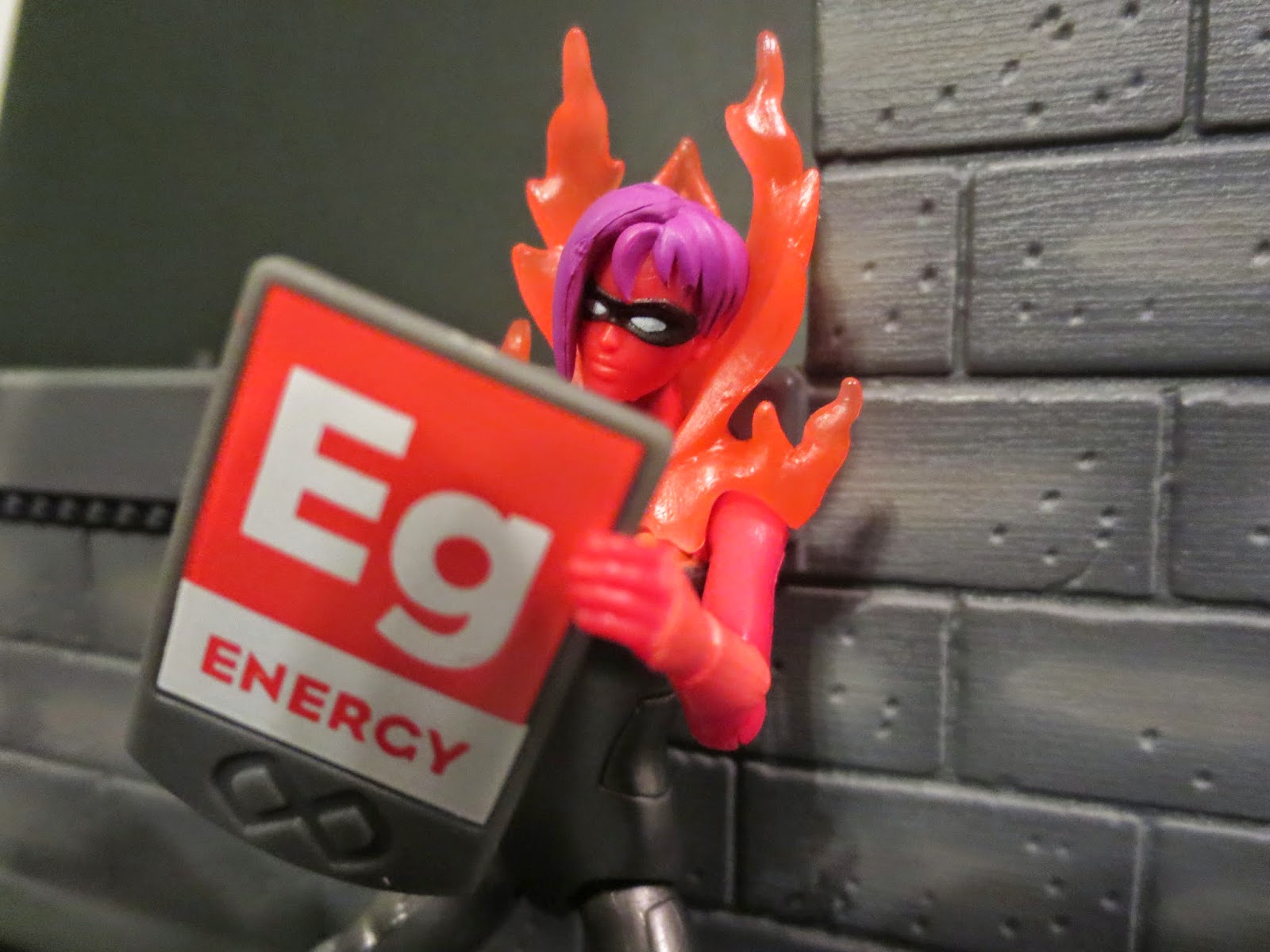 *The paint work is colorful and really stands out. For the first series, Courage, each figure has a different warm reddish skin tone which looks awesome. I love the combination of Energy's deep red skin and purple hair. The paintwork is quite clean overall and the metallic paint used on the uniform looks great. The girls have a nice uniform, "team" look to them with enough individual flourishes to keep them unique. 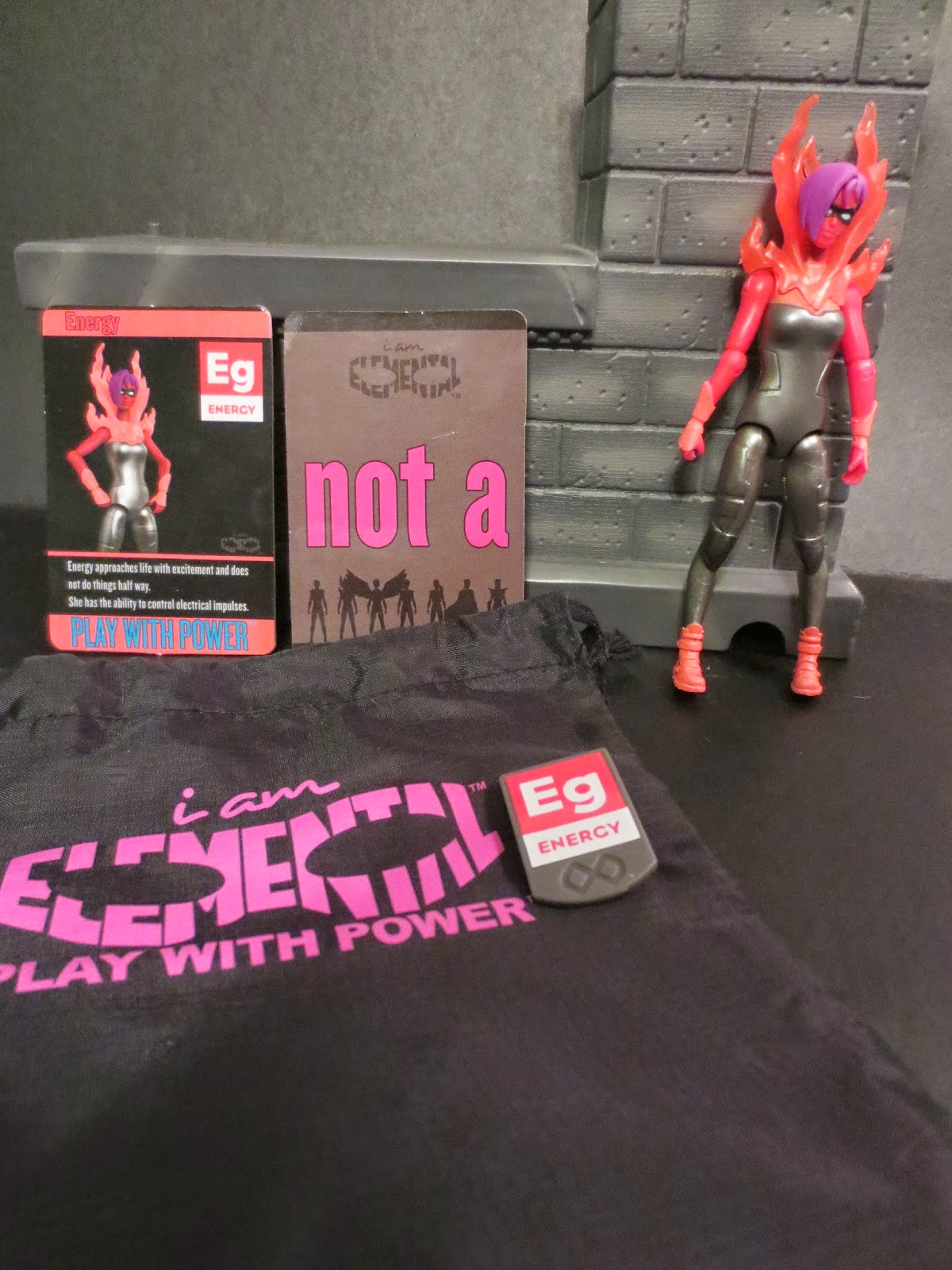 *Each figure comes with quite a few accessories! Energy comes with a flaming energy attachment that goes over her shoulders, a shield with Eg on it (for Energy), two cards, a paper insert that tells about the entire line, and a nice drawstring bag to store everything in. The quality is top notch and I think anyone buying this would feel like they were getting a lot of bang for their buck. If you collect all of the cards, they spell out a secret message. So far, I can spell out "I am not afraid..." If you send in a picture of all seven cards, you get a free bracelet that the shields can be attached to, kind of like a charm bracelet. 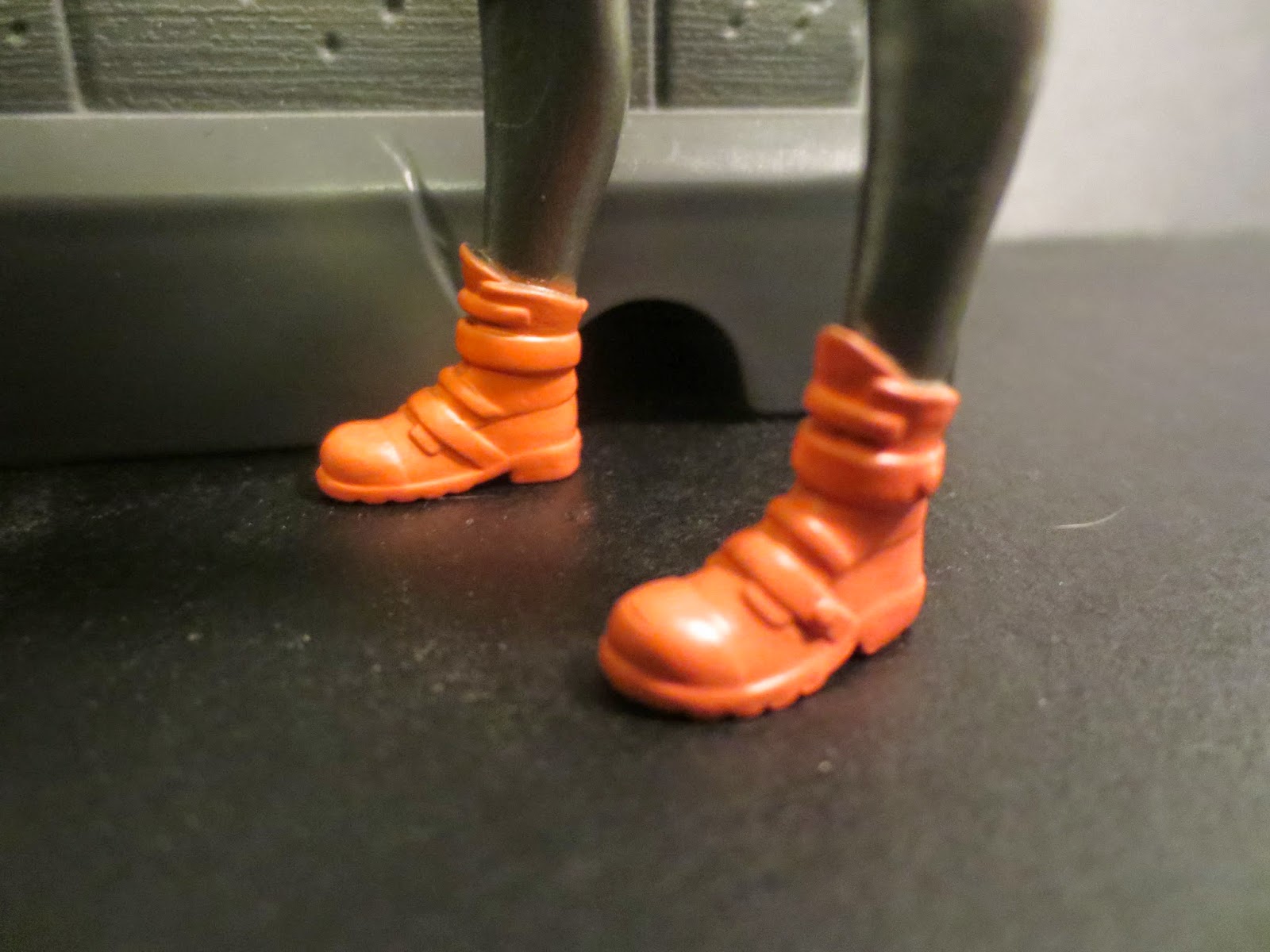 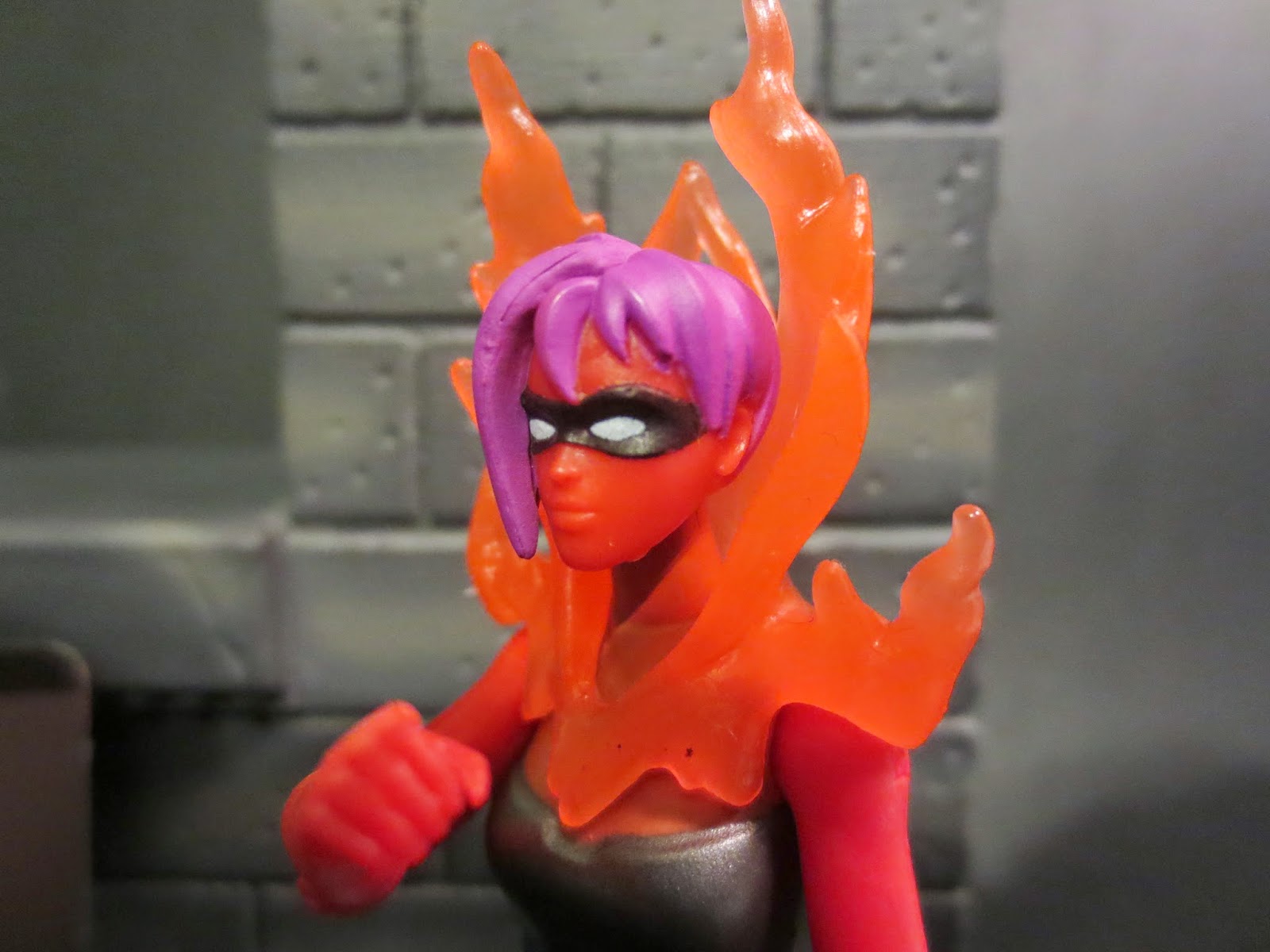 IAmElemental is the first of the big Kickstarter lines from 2014 to make it to consumers and I think I can easily say that Rebel Elements did an excellent job with them. These are darn fine toys that should go well with any 1/18th scale line, particularly superhero lines. Excellent presentation coupled with a solid product makes IAmElemental a standout toyline. I really do hope they find their niche and become successful as it is clear that a lot of love, care, and attention went into making these. Whether kid or collector, there is a lot to love about Energy. She might be my favorite so far (even though Honesty's wings are cooler). I'm giving her a Great because of her excellent head sculpt and the fact that she's on fire. That's awesome and hardcore Seriously, look into these if you haven't already. You'll be surprised by how cool they really are! They look awesome together as a team. 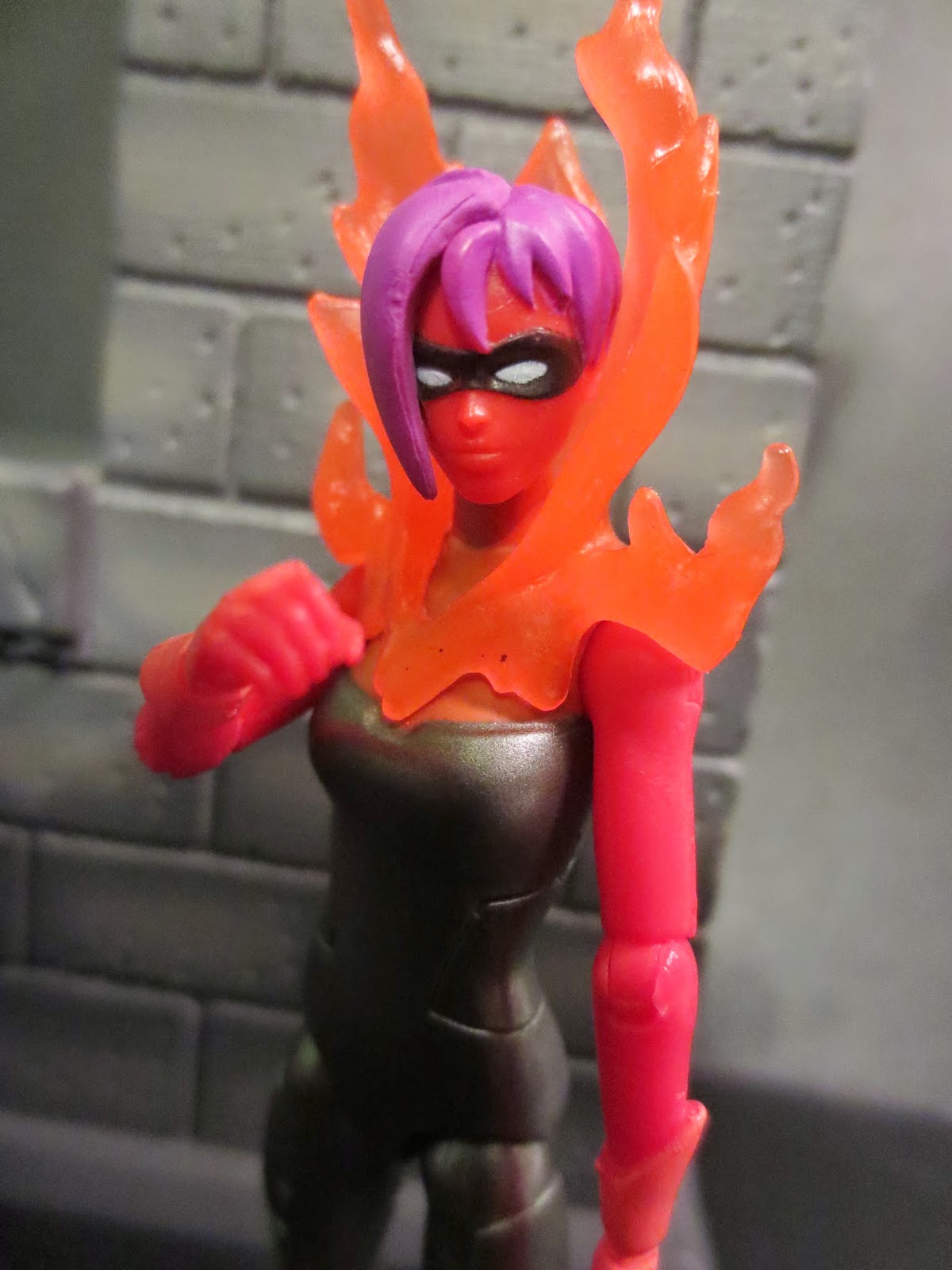 Remember to check out IAmElemental's website and my IAmElemental series overview here, along with other cool Kickstarter toys I've reviewed: