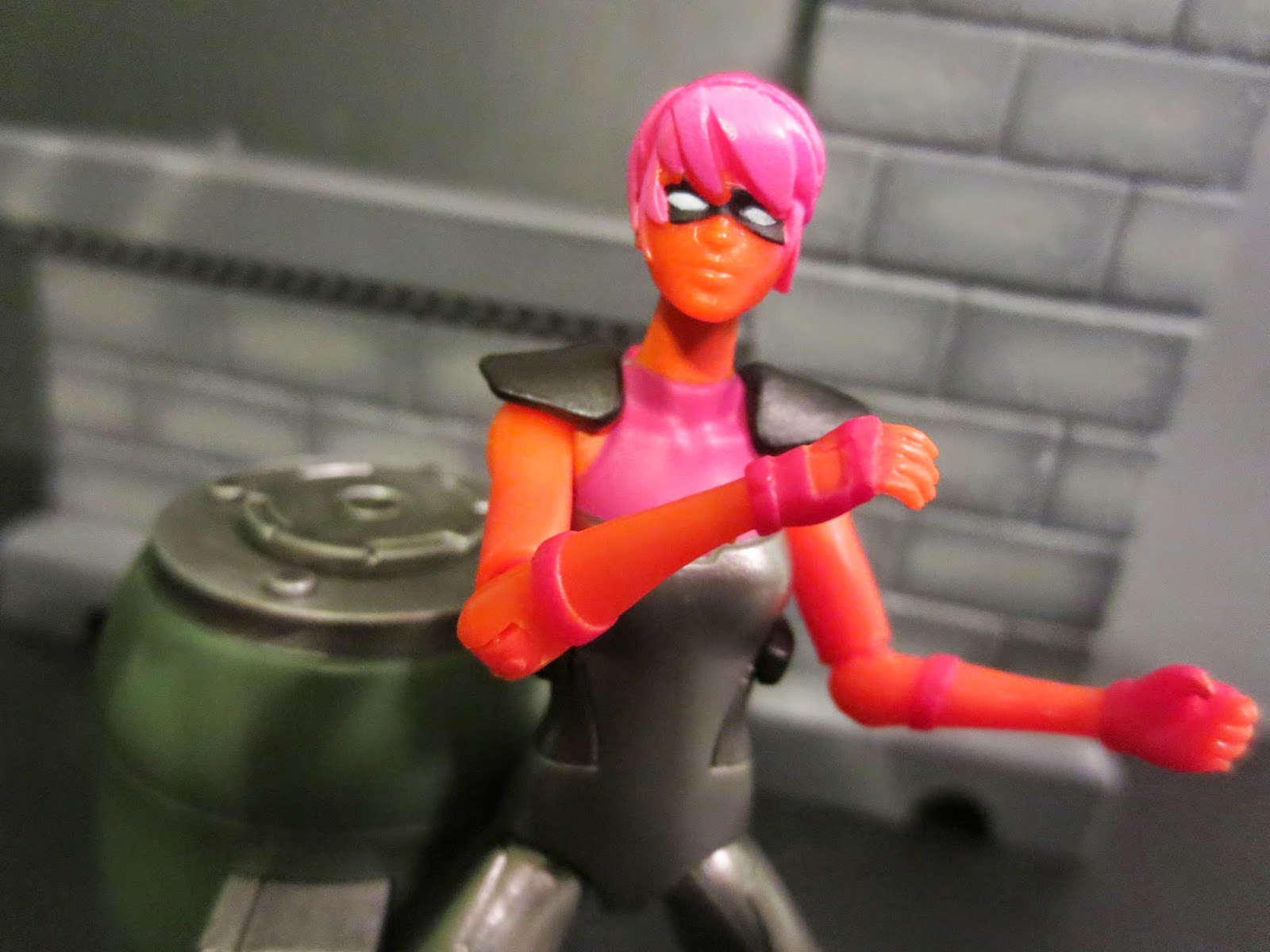 I've been spending a lot of time reviewing the IAmElemental line but if you're unfamiliar with it, then check out this review where I discuss in detail this cool new line that launched on Kickstarter in early 2014. There is a lot of reuse in these figures, so just know that there is a bit of reuse in each review. That's not a knock on the figures but simply me letting you know why some of the reviews in this series are smaller than others. Each of the seven figures in this series is based on a characteristic or virtue and today I'm looking at the fourth figure in the Courage series, Industry. These come packaged in blind bagged style bags but they have a checklist on the back with the figure inside marked (with a marker, actually) so you know who you're getting. I'm not sure if these will be marked this way at retail, but it certainly seems like a good idea. Industry's bio card says: "Industry works hard at all she does. She has the ability to control physical objects and repair anything that is broken." Ready for a look at this industrious member of the IAmElemental team? Then join me after the break... 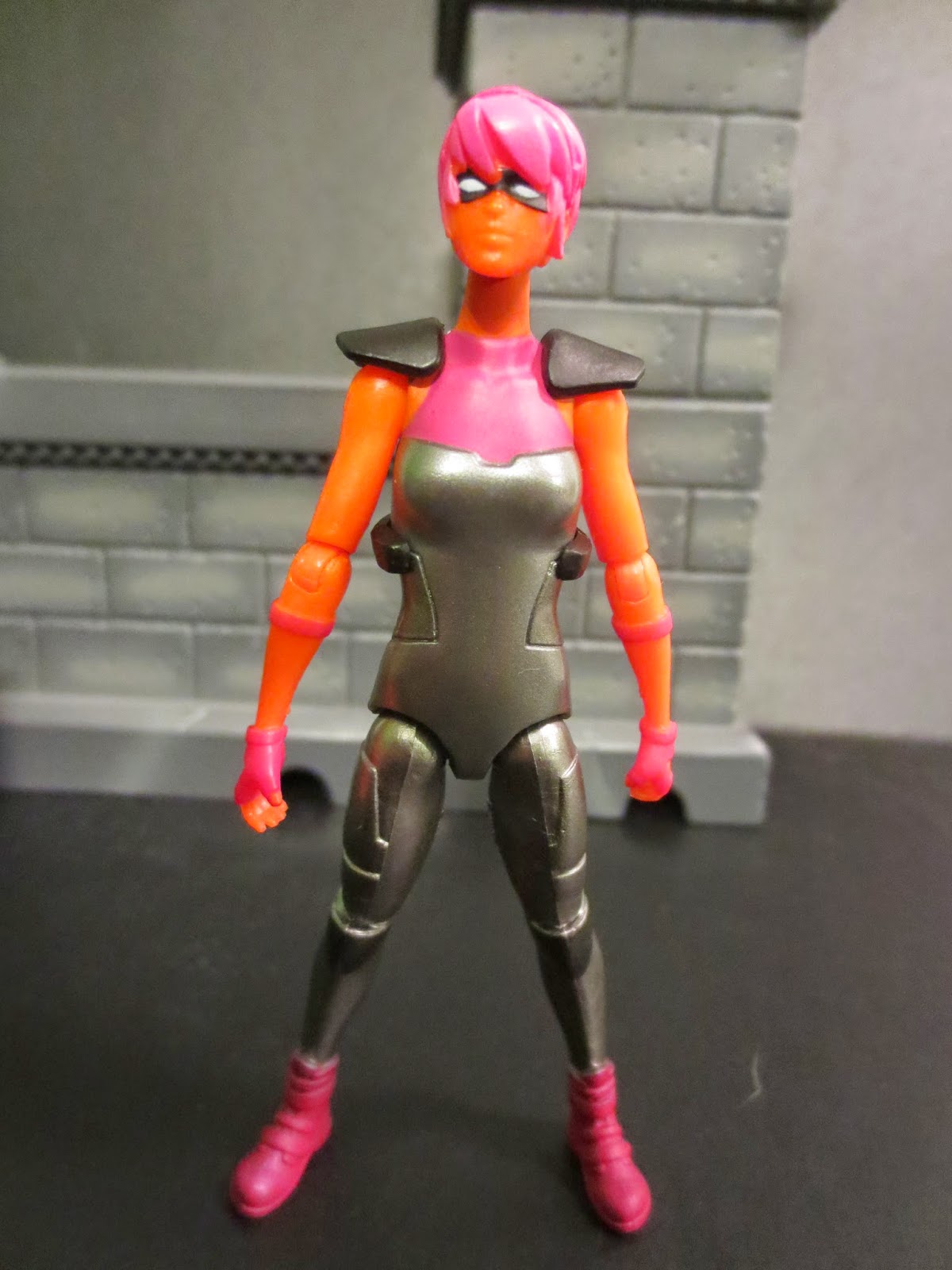 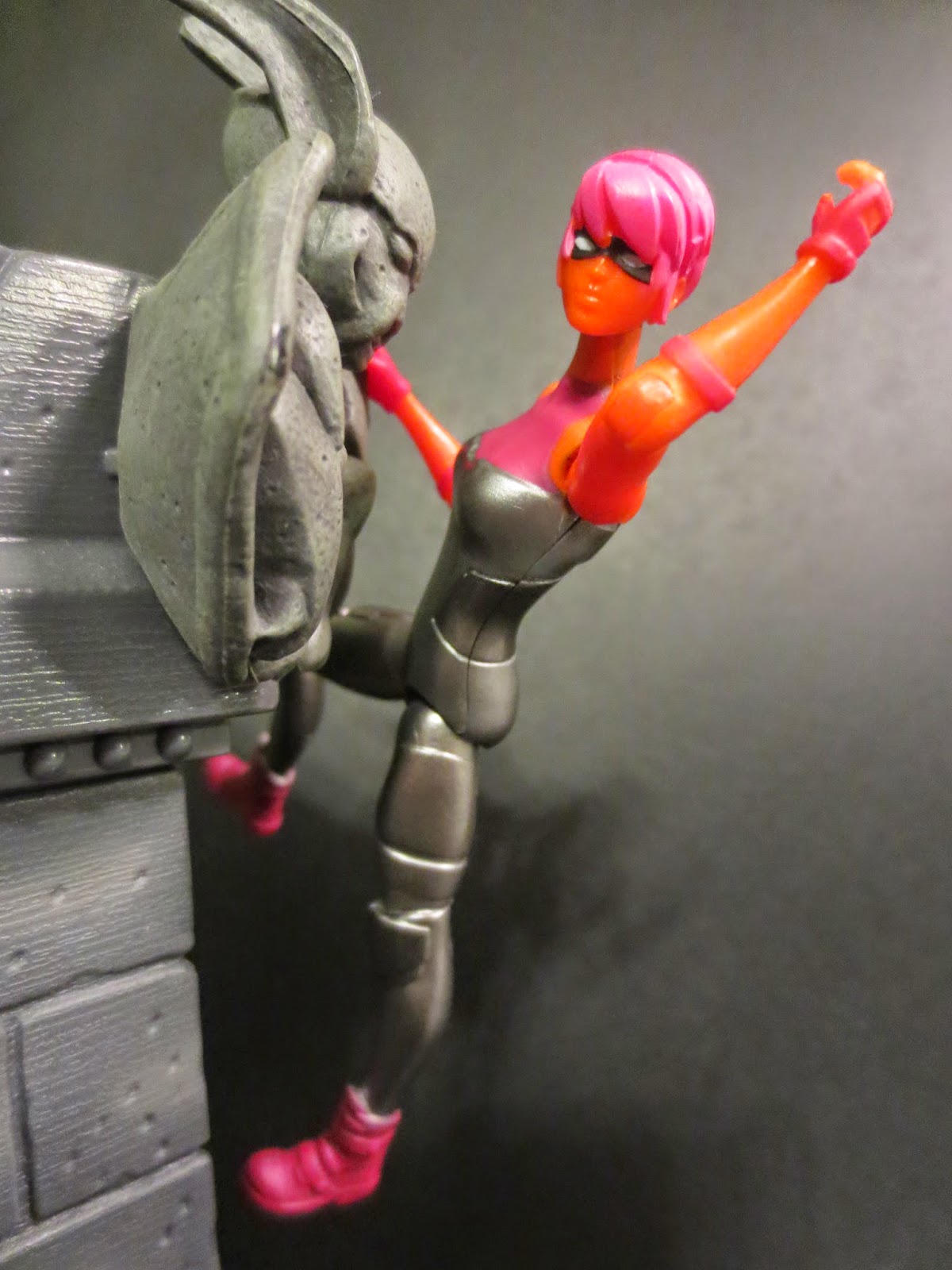 The Positives:
*Whenever a new action figure line gets released, there is always a bit of apprehension about the line's durability and quality control.  I can say that after handling 8 of these figures I am impressed. The articulation is well thought out and the figure's feel very durable. These are all a delight to pose and play with. 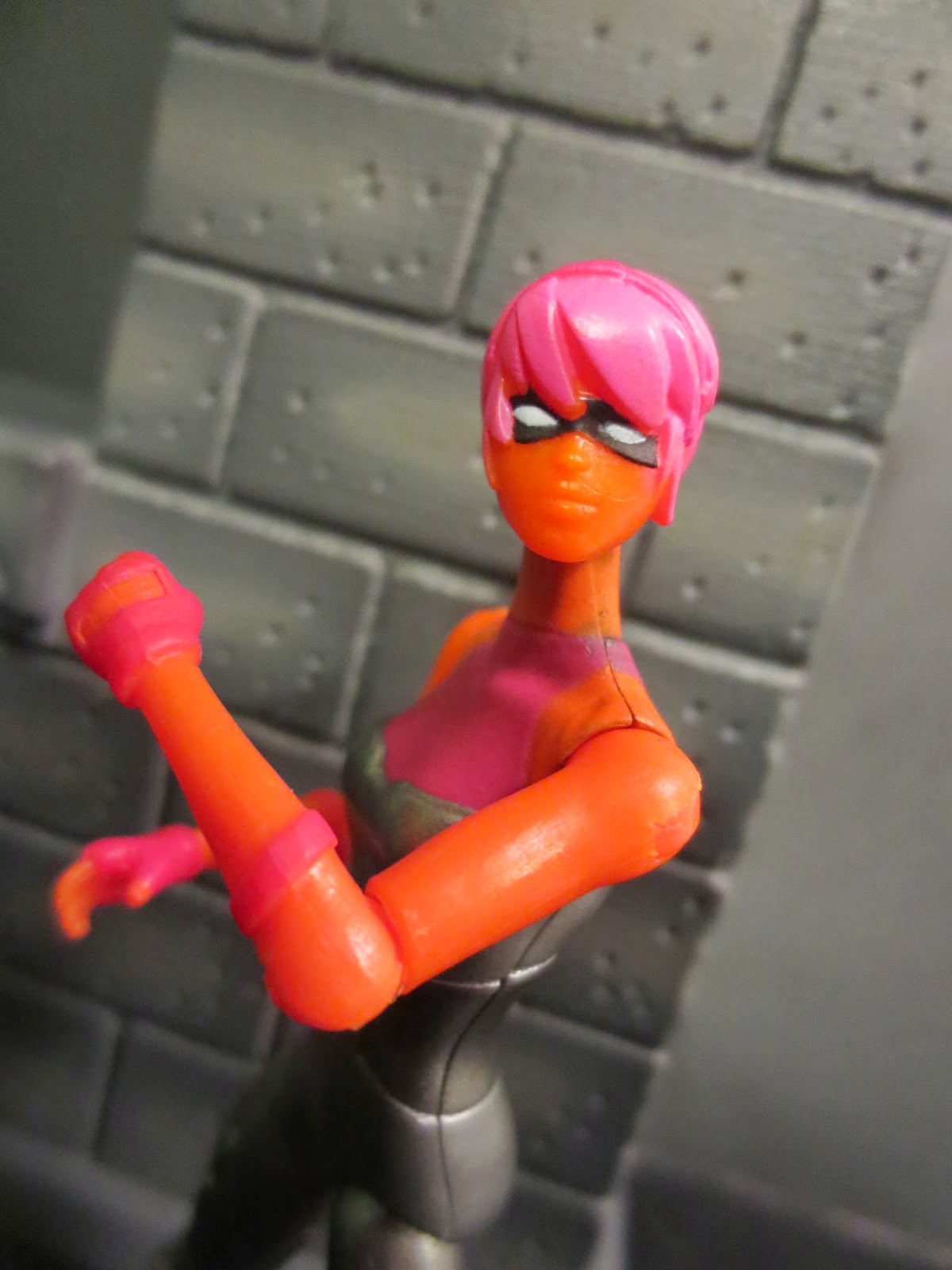 *While the figures all share the same base body, they each have a unique headsculpt. Industry has a cute, short haircut that frames her face. I really like the effect that the black domino and white eyes gives each character. Industry also has the same fingerless gloves as Enthusiasm and the same short, athletic boots as Energy. 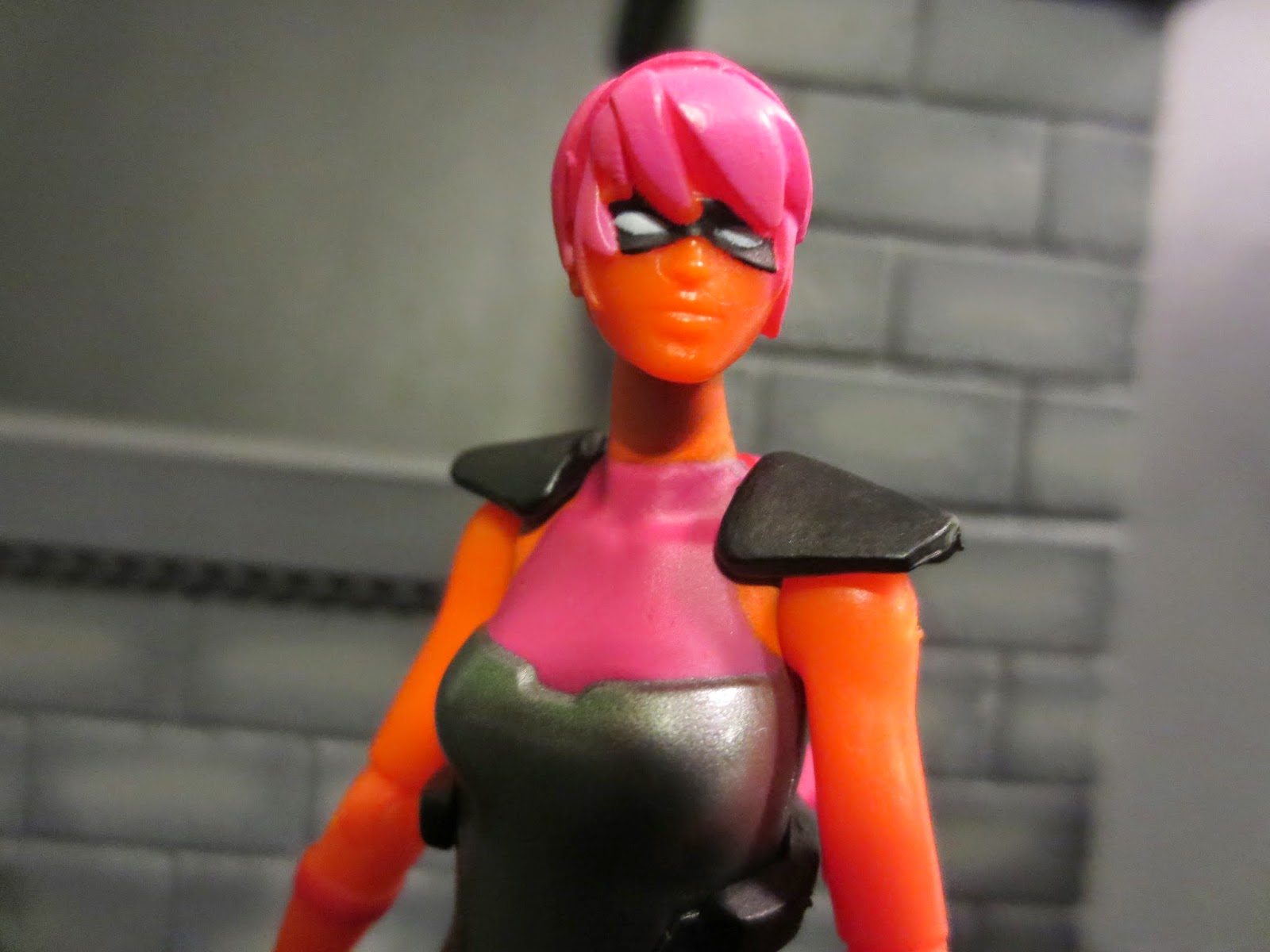 * The paint and color choices on this line really help it to stand out. All of the series one hero figures use various shades of red and orange for the flesh tones. They're bright, vibrant, and look incredible. I love Industry's orange skin and pink hair. She also has a headband that is a little bit darker than her hair, although it is tough to notice at first. 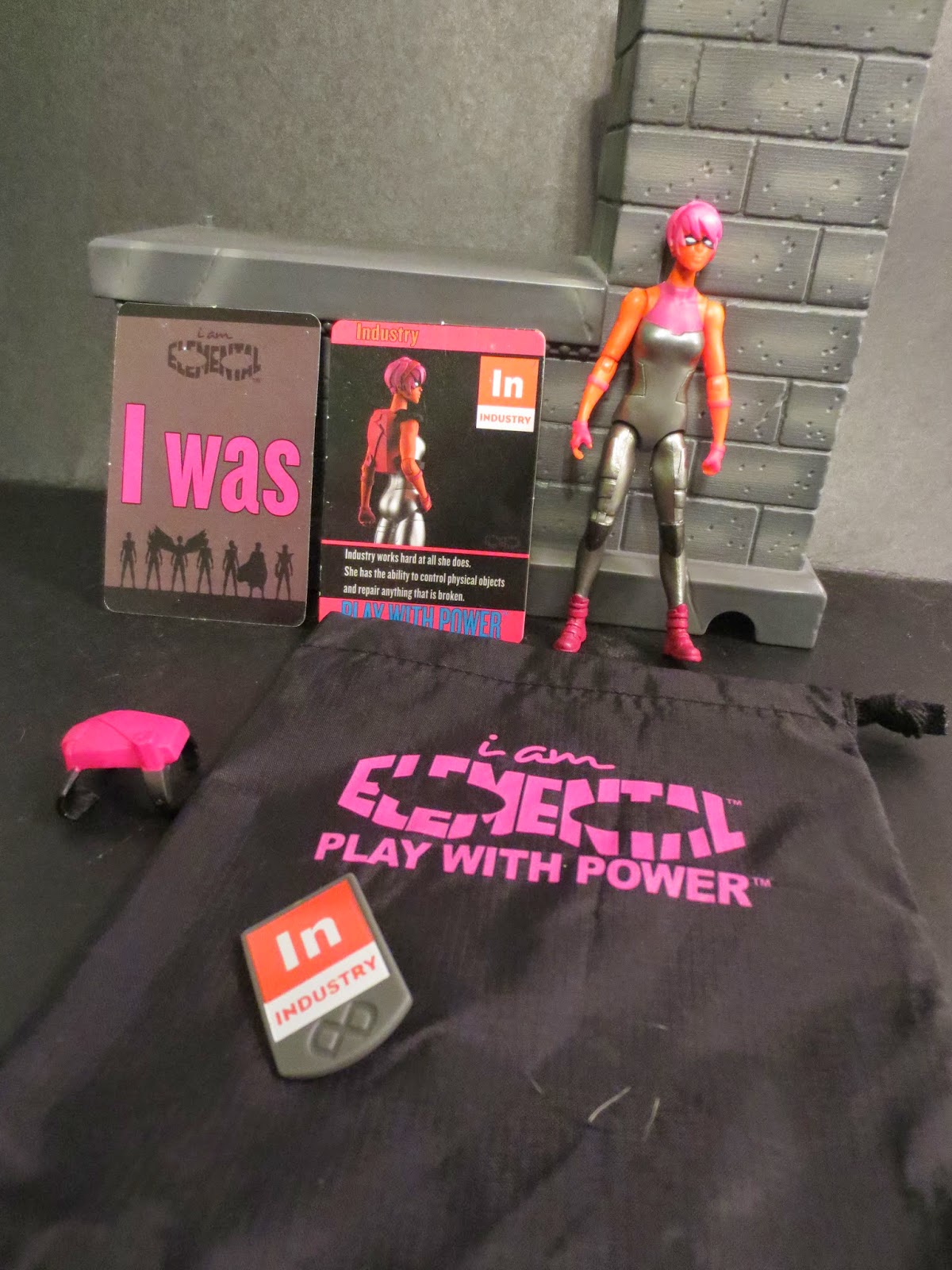 *Each figure in this series comes with quite a few goodies. Industry comes with her backpack, her elemental shield, two collectible cards, and a drawstring back to keep everything in. That's a really nice piece to have for storage purposes. 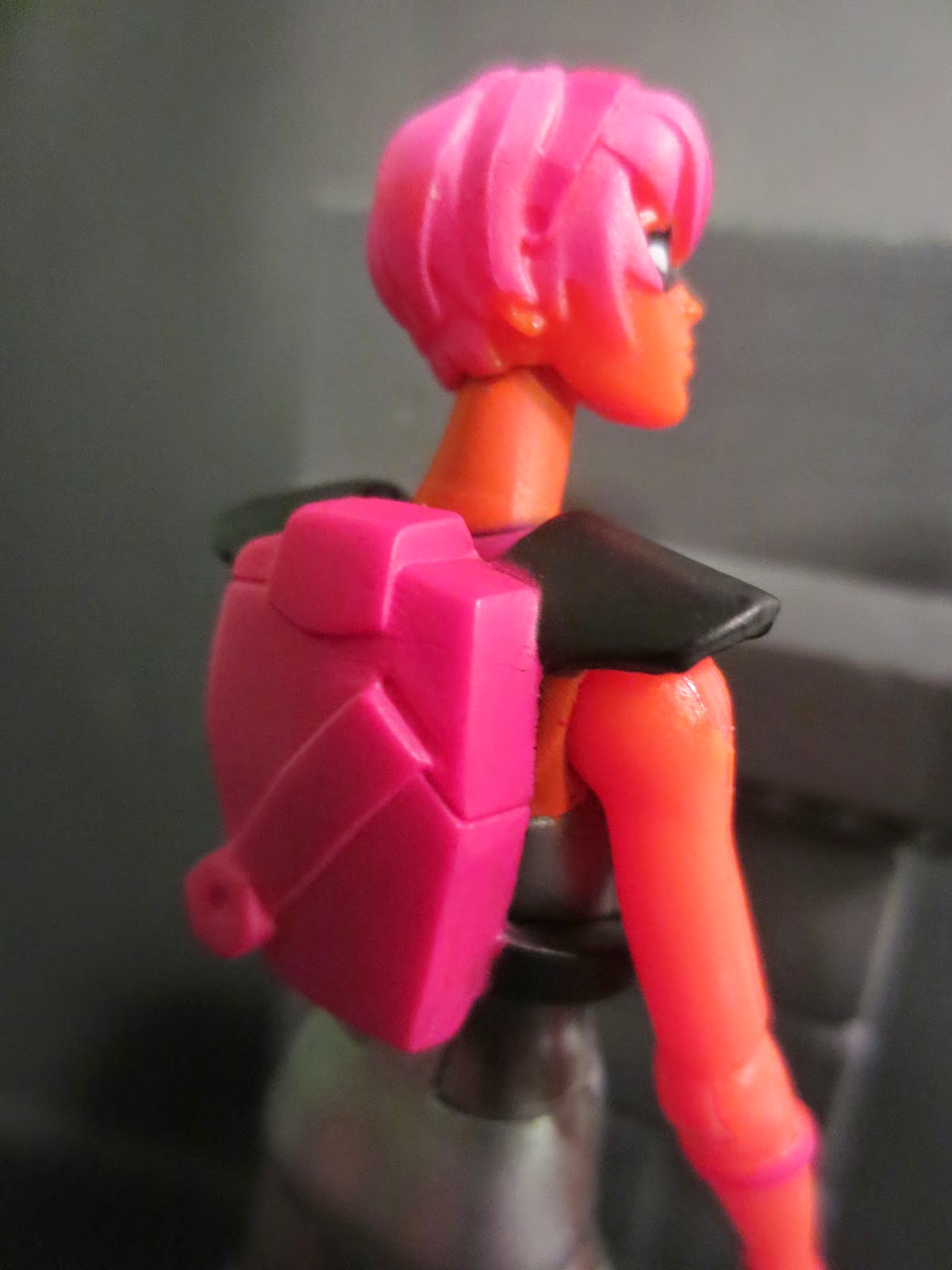 *Here's a close up shot of Industry's backpack accessory. I really like it. It's a magenta color (darker than her hair) that matches her boots. I assume that the Industry element of courage is tied into the backpack since Industry's always ready for any task. She probably has a variety of tools and stuff in there for any job she comes across. 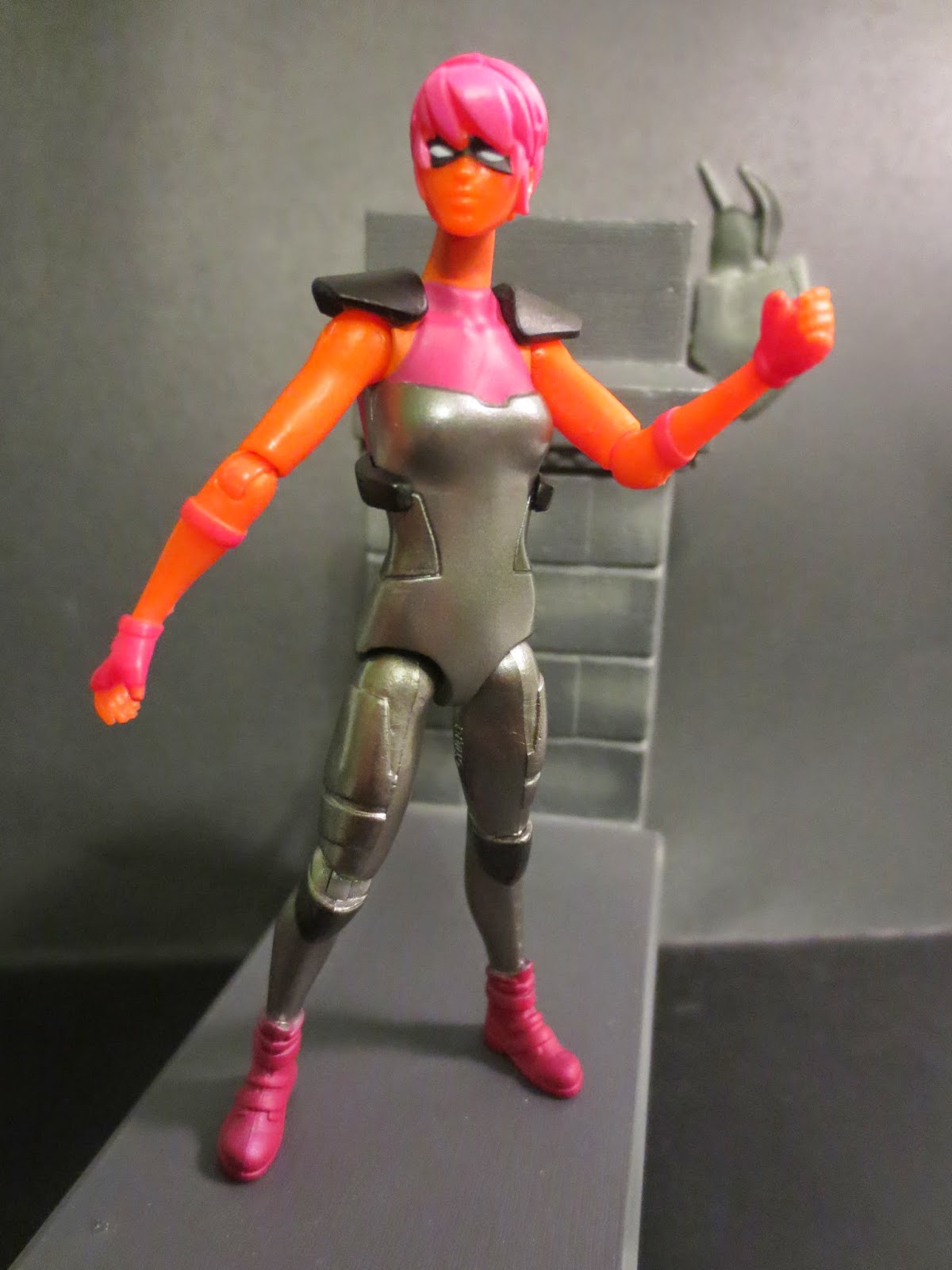 Once again, I'll just simply say in closing that I really like these. I like the colors, I like the sculpts, and I like the execution of each figure. Industry is one of my favorites. She doesn't top Energy in my eyes, but she does surpass Courage because of her cute, funky headsculpt and her orange and pink color scheme. She kind of reminds me of a superhero version of Velma from Scooby Doo for some reason and I cam get behind that. I'm giving Industry a Great rating. Now I've reviewed four of the seven basic figures: Only three more to go!