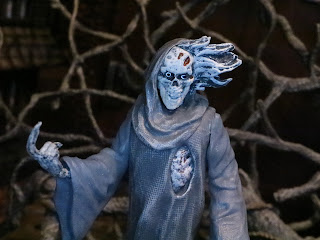 1982's Creepshow is one of my favorite movies and while I don't pick up many 1/18th scale figures these days I do make exceptions for random additions to my horror collection. For my birthday last year I ended up getting a few of the Creepshow figures from the Monstarz line (The Crate, the "Something to Tide you Over" pack, and the "Father's Day" figure). It turns out that my family pre-ordered The Creep for me as well and he just showed up in the mail this past week. This is a new release and you can order this guy or a glow-in-the-dark version of The Creep from Amok Time as well. Let's take a look a trip into the macabre with the Creep, after the break... 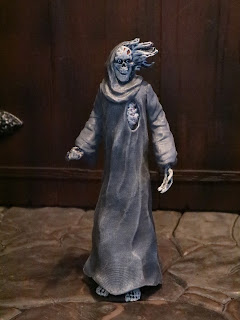 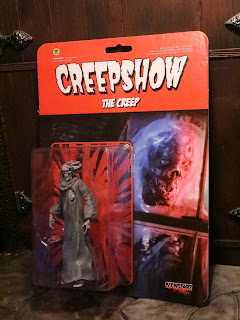 The Packaging:
* The Packaging on most of the Monstarz line has been quite inspired from what I've seen and I really enjoy the Creepshow packages. While the figures aren't quite Kenner styled like the ReAction line, the packaging definitely evokes that era of toymaking with a cool still from the film and a bright, attractive backer card. They look amazing, especially with the colors fitting of an old 1950s horror comic. 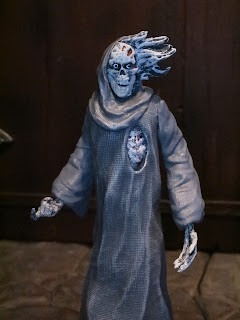 The Positives:
* While the packaging may look like it, the Creepshow figures aren't done in the style of the vintage Kenner 5 point of articulation. They're honestly more like 1/18th scaled 2000s era McFarlane and NECA figures. The sculpting isn't intentionally dated or anything and sometimes it looks pretty good. That's how I fee about the Creep. He's actually a pretty well sculpted figure, especially considering his smaller size. Most of the figure is the Creep's robe but it has a mixture of colors on it to give it more depth and there is a "tear" on the chest where you can see the Creep's putrid flesh and bones underneath. 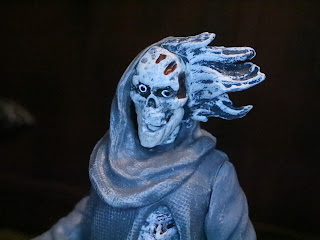 * The portrait of the Creep is pretty cool. I like the crazy eyes and the windblown hair. At this scale a good bit of the detail runs together, especially on a monstrous character like this, but you've still got a very eerie looking figure with a hinged jaw. The hinged jaw is pretty cool and does allow for a bit more expression on the figure. 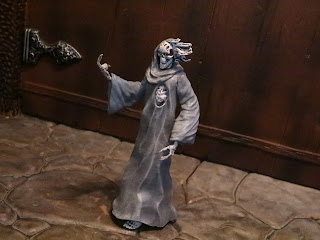 * The Creep has 7 points of articulation (including the hinged jaw) but the only truly useful ones are the swivel shoulders and the swivel forearms. Those allow you to pose the Creep in different "beckoning" poses. He feels fairly durable and you should be able to get a pose you're happy with despite him being what I've always heard referred to as a "salt shaker" figure. 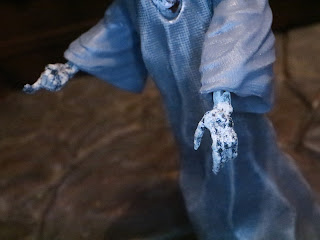 * The Creep's hands and feet have a paint effect that definitely makes them look like they're rotting and icky. It adds a bit more... well, life is not the right word, but it adds something. 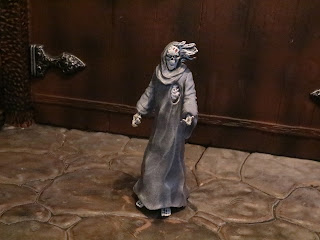 Collectors of 1/18th lines definitely don't have as much product these days based on licensed properties. There are plenty of cool homegrown properties but not much else. That being said, this guy's unusual in that he really is like a smaller version of a Movie Maniacs or Cult Classics figure. He's not for everyone but for fans of Creepshow, he's fairly tempting. A few accessories would have been nice to round things out but I'm still giving the Creep a Good and a 1/2. Think we'll ever get a Monstarz Jordy Verrill to add to the line?
This is the first figure of the Creep I've reviewed on the site. For more figures from Monstarz check out the following:
Dr. Herbert West (Re-Animator)