Wrapping Up 2020: Teela from World's Smallest: Masters of the Universe by Super Impulse 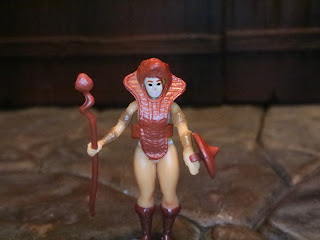 While I didn't get my hands on them until last month the World's Smallest: Masters of the Universe ended up being some of the stand out minifigures of 2020. These little figures are so tiny and they come with weapons and such! Crazy! Today I'm checking out Teela from the first series of these figures. Like the other figures in this line, Teela is based on the original 1982 action figure from Mattel's Masters of the Universe. She comes with everything the vintage figure had plus some reusable packaging. Let's take a look at a cool figure who's so small she's almost a microfigure... 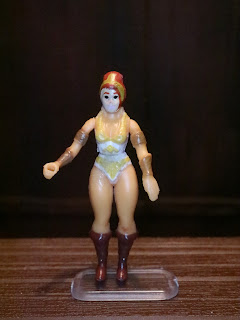 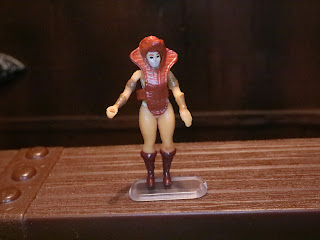 * Take a look at my pictures and you'll realize that Teela is not just small; she's also quite well painted. For this scale, seeing all of the little paint applications on her is quite impressive. Teela even has her removable snake armor so you can display her in jut her one-piece outfit or give her the additional armor. 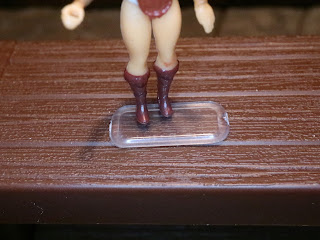 * Since she's so tiny Super Impulse even included a little stand for her. It plugs into one of her feet and keeps her standing at guard, protecting the royal palace of Eternia. 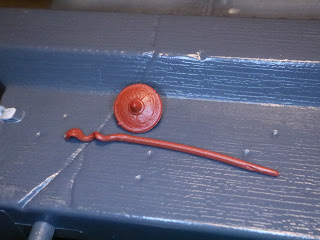 * Teela's weapons are super tiny. Not as small as He-Man and Skeletor's daggers but still really, really small. She comes with her staff (which is now known as the Staff of Ka) and her shield. Looking at these up close you can even see little details like the pattern on the sheild! 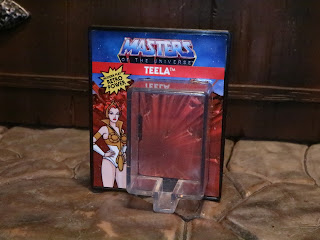 * Teela comes with a little blister card that's inspired by the vintage line. It's not exact, which would have been cool, but it's still a very neat extra. The blister and the card are plastic (the card front is a sticker) and it shows off a Filmation styled Teela looking ready for action. 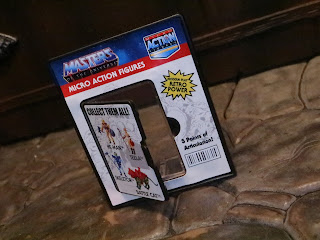 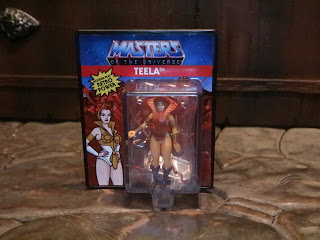 * This is a really cool way to display Teela! There's even a small plastic tray inside to keep her in position The weapons just go in loose, but that's expected at this scale. 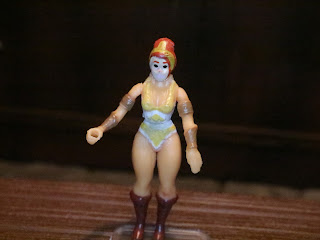 The Negatives:
* Teela is supposed to move at the shoulders and the head but my figure has a right arm that just won't move. I'm afraid she's going to end up breaking if I try to move the arm. 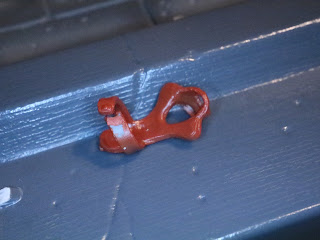 * When removing the armor on my Teela is looks like the paint flaked off and the peg broke off. It still stays on the figure OK but I wish it had been more easily removable. 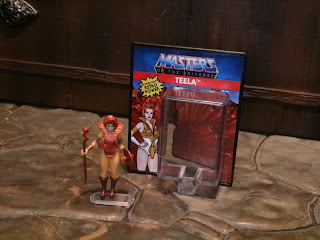 I'm a little disappointed that Teela's arm seems to be fused together but overall I still really, really like this mini Teela figure. She's quite cool and goes along with the other figures in the series perfectly. These are some of the neatest little minifigures out there and they're super fun to have on display with your larger figures. Heck, you could even have your other MOTU figures use them as toys of their own. Pretty slick, huh? She's a Great little minifigure.
Was Teela one of your first loves? If so, check out my reviews of many various Teela toys such as the vintage Teela, the M.U.S.C.L.E. green Teela and the standard M.O.T.U.S.C.L.E Teela, the Hot Wheels Character Cars Teela, the Mega Construx Teela from the Battle for Eternia Collection, the series 2 single packed Teela, and Teela from Battle Bones, the 200x Snake Teela, the ReAction Teela (Shiva), the NECA Teela micro-bust, the Masters of the Universe Origins Teela, the neo-vintage Teela and Frozen Teela, the Tweeterhead Teela bust, an appearance in 1983's Colorforms Masters of the Universe Deluxe Play Set, and Super7's Ultimate Teela.
For more reviews from World's Smallest: Masters of the Universe check out the following:
He-Man