Hey everyone! Welcome back to Barbecue's Bonfire! I'm not sure if I could consider this week "busy" or not but I've definitely spent a lot of my free time catching up on 2020 reviews and beginning a new Lego project with my child. My wife's been bust re-reading and re-watching The Hunger Games, which for some reason has never interested me in the least, so I've had more time to work on reviews and stuff in the evenings after Adora is in bed. For the 2020 reviews I'm catching up on most of them were Star Wars: The Black Series figures and since there's so much newer stuff arriving I'm going to go ahead and skip some reviews of product from earlier in 2020 that I just got my hands on in the last month or so. I try to wrap up all of my 2020 reviews by the end of January since February is when I do my annual "Best of the Previous Year" awards and I'd like to have everything finished up. I've already been working on my lists, though. Of course, I've been doing some other stuff this week, too. What's been happening at the international headquarters of Action Figure Barbecue? 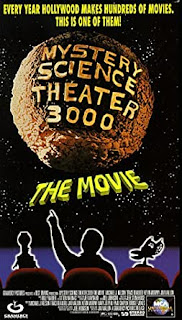 My daughter had never seen Mystery Science Theater 3000: The Movie so we fixed that over the weekend. Now we can't stop running around talking about interocitors, chanting "Normal view! Normal view!," or saying "I'm hiding in one of these boxes, come and fine me!" The movie came out in 1996 and is a "bigger" budget affair for MST3K featuring Mike, Crow, and Tom Servo riffing on the 1955 film This Island Earth. I remember renting this while staying with one of my uncles as a kid (maybe back in 1997 or 1998) but I think I was the only person impressed with it. I got the DVD for Christmas a few years back so now I can watch it whenever I want and laugh as loud as I want. It's funny that the MST3K movie is so much shorter than the regular episodes, though. How odd, right? I've been watching a ton of MST3K, RiffTrax, and the Film Crew on Pluto TV lately, which always puts me in a good mood. Pluto's MST3K channel shows Werewolf or The Pumaman almost every night around 11 or so, which is usually when I start watching MST3K, so I'm having to mix in my own new material for the time being.
More stuff after the break... 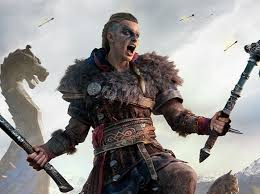 I started playing Assassin's Creed: Valhalla on X-Box One shortly before Christmas and I'm really enjoying it but, dang, the "Save Corrupted" glitch is frustrating me! I've had it happen twice so far and both times I've lost 2-3 hours of progress. Anyone else dealing with this? I can't think of a modern game I've played where I lost saves like this. It's really frustrating! I hadn't played an AC game since Black Flag, which came with my X-Box One, but the Viking theme really won me over. I'm only getting to play when my daughter isn't around unless I'm just exploring ruins for treasure (since the game is none too kid friendly) so it's slow going for me. 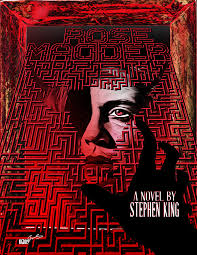 My read through of Stephen King's novels continues with Rose Madder, a 1995 horror / fantasy novel about a woman who flees her abusive police officer husband. Like Insomnia, this was another King novel that I had little to no information about prior to starting the book. It was great going into this one cold as it goes to some very surprising places. King wrote quite a few novels focused on heroines who were victims of abuse in the early-mid 1990s and Rose Madder forms sort of a triptych alongside of Dolores Claiborne and Gerald's Game. Apparently, looking back, King isn't terribly impressed with this novel, but I certainly was. It's tense, frightening, gruesome, and yet it also has moments of joy, empowerment, and wonder that pop up as well. Rose McLendon is an incredibly well developed character and you'll be cheering for her the whole way through the book. 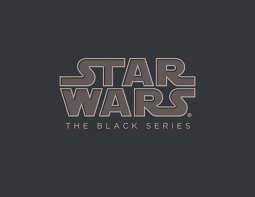 I try to review everything I buy that's recent but at the end of 2020 I ended up finding so many Star Wars: The Black Series figures from earlier in the year that I decided to just focus on caching up on the Phase IV releases prior to my February "best of 2020" awards. Maybe I'll get around to them at some point but I skipped reviews of Kit Fisto (a really cool figure who needed a robe), the Gaming Greats Stormtrooper Commander, the Snowspeeder w/ Dak Ralter, and the Galaxy's Edge Hondo Ohnaka and Captain Cardinal. Hondo is incredible and Captain cardinal was way cooler than I thought he'd be. The Black Series really went into high gear this year, didn't it?

Let's take a quick look at the most popular reviews and articles of the week. There was a little change this week
Luke Skywalker (Jedi Knight) from Star Wars: The Black Series is a review from over a year ago that jumped back on the list and is still holding the high ground for it's fourth week. Gee, I wonder what could have got folks excited to check out this older review again, huh? Luke's appearance in The Mandalorian season 2 finale was amazing and fans are still talking about it. How long until you think Hasbro releases a version of Luke Skywalker from The Mandalorian?

Snake Mountain from Masters of the Universe Classics is also on it's fourth week and I'm glad folks are reading this one as it was a beast of a review. Super7 really capped this line off with an impressive piece. Even though I have some quibbles with it, I'm sure glad to have it on my shelf. I'm still reworking my display to accommodate it.

Luke Skywalker & Yoda (Jedi Training) from Star Wars: The Black Series is now on their third week. Hey, it's a good time to be Luke Skywalker right now, you know? This was a great 2-pack from 2020 and captured a classic scene from the greatest of the Star Wars films!
Lords of Power from Masters of the Universe Origins was the 2020 PowerCon exclusive set based on the prototypes for the vintage MOTU line when the line was still going to be called Lords of Power. While this set is way, way too expensive, it's also pretty cool for fans who take interest in the development of MOTU. MOTU Origins looks like it's going to have a big year in 2021 and that very well may drive up demand for this set.
Darth Nihilus from Star Wars: The Black Series was one of the 2020 GameStop exclusive Gaming Greats releases and he turned out very well. Knights of the Old Republic has stayed very popular (I'd love a remastered release of the series on the Switch or X-Box One) and perhaps the interest in the High Republic era or the fan-edits of the cutscenes into films has driven interest in this Sith Lord.
The Mandalorian from Star Wars: The Credit Collection is without a doubt my favorite figure from that subline of Black Series figures and it's nice to see him getting some attention. It seems that Amazon is still stocking Mandos so keep checking back if you're looking to get one. He's a very, very cool figure.
That's all for this week everyone. Have a great Dr. Martin Luther King Jr. weekend, treat everyone right, and keep on keeping on. Peace!
Posted by Barbecue17 at 1/15/2021