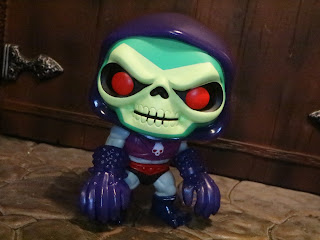 It's time for another Skeletor POP! review! Didn't I just review one yesterday? Well, yeah, but this one is different, isn't it? Funko has done quite a few Skeletor variants since the original POP! Skeletor back in 2013 but this one is based on one of the actual vintage variants: Terror Claws Skeletor! Terror Claws Skeletor was a 1986 release and was sold on a deluxe card like his counterpart, Flying Fists He-Man. I love that Funko is giving us more vintage toy accurate POP! vinyls under the Retro Toys banner and I have high hopes that they will someday recreate the entire vintage Masters of the Universe line in POP! form. You know, if they can get a Teela out, that is. Can you believe that it's been over 7 years and they haven't released a Teela yet? That's crazy! Anyways, this review is about Terror Claws Skeletor, so let's cut to the chase and check him out... 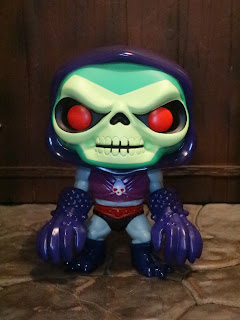 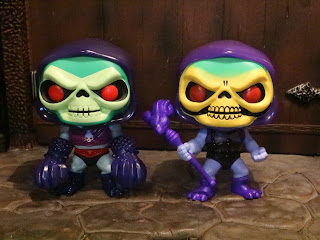 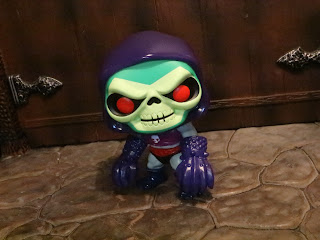 * Terror Claws Skeletor is posed in a fairly neutral stance with his massive claws just hanging on each side of his body. Like nearly every other POP! vinyl out there he has a swivel head so you can have him looking around a bit on your shelf 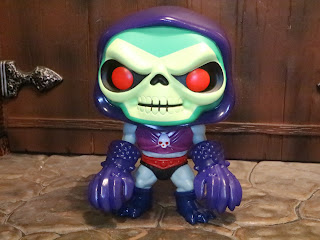 * Funko did a good job capturing Skeletor's vintage Terror Claws look. Some folks refer to his half armor as a sports bra but here it definitely looks like it covers more of his torso than the vintage figure did. There's even the little skull in the middle of his armor and they got the color of his belt right (this version of Skelly has a red belt with black trunks). 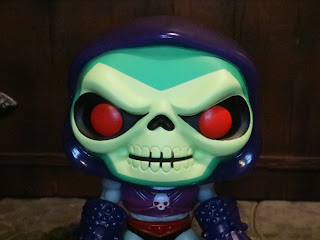 * The paint job isn't as light as it looks in this picture (the yellow and green are truly brighter than my picture for some reason) but it's definitely different from most other Skeletor POP! vinyls. That seems to be accurate to what I've seen of he vintage toy, which I don't actually own. 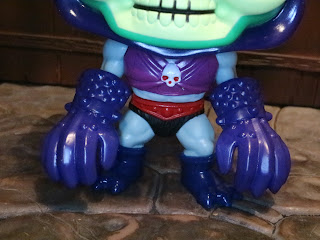 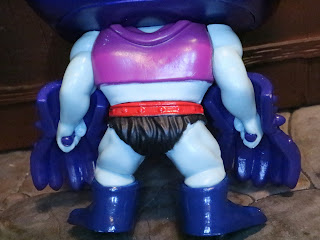 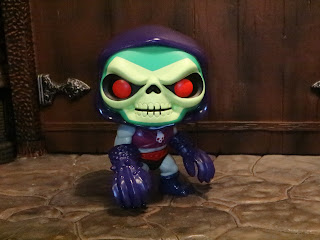 Yes, Terror Claws Skeletor is yet another Skeletor in the POP! vinyl range but I'll be darned if he isn't one of my favorites. He's really cool with some excellent details! Honestly, I'm not sure Terror Claws Skeletor has ever looked this good! The Masters of the Universe Classics version was a bit of a disappointment but this one just shines. Speaking of shining, I think Target has an exclusive metallic version of Terror Claws Skeletor out so if you're inclined you might want to check for that one, too. This guy is a Great and a 1/2 POP! and one of the best releases in one has been a strong series of POP! MOTU releases lately.