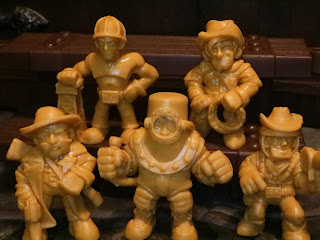 Today I'm showing off the last gift I received for Christmas 2020 and it's the O.K.I.E.S.: Stay Gold Edition of the O.K.I.E.S. minifigures from Flying Rabbit Studios and produced by ZICA Toys. What are O.K.I.E.S.? They're keshi minifigures inspired by the heroes and legends of Oklahoma! O.K.I.E.S. is a acronym for Oklahoma Keshi in Enjoyable Sizes and that's a great descriptive for this line. I love history, legends, and folktales and minifigures, so these are just perfect. I'm like 90% sure I've never been to Oklahoma (I drove with a group to Texas on a few occasions but I think we came in through Arkansas and never hit Oklahoma) but that doesn't seem to be a prerequisite for enjoying this line.  I saw these on the Minifigure Militia group and told my wife about them prior to Christmas. She ordered them for me but forgot to wrap them and set them out, so she gave them to me after Christmas. Still, it's a Christmas gift, right? It looks like Flying Rabbit Studios has been releasing resin versions of some of these figures since 2019 but this appears to be the first PVC set, so far as I can tell anyways. Let's take a look at this incredible set of PVC molded minifigures with a "gold" color scheme. Check out the O.K.I.E.S. after the break... 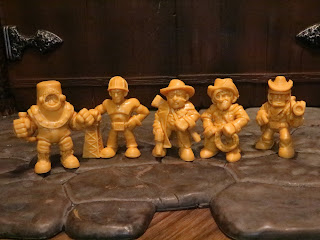 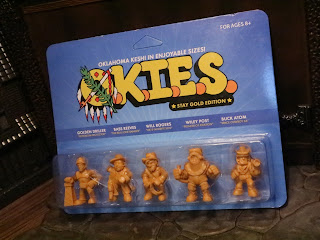 * The O.K.I.E.S. come packaged on a very solid blister card that is incredible evocative of the 1980s M.U.S.C.L.E. packaging. The figures are nicely displayed with the name above each figure in case you're unfamiliar with the characters. 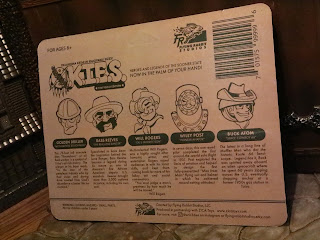 * On the back is a cool bio for each figure that gives you a brief history about each of the heroes and legends of the Sooner State in the pack. 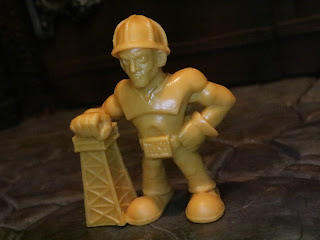 * The Golden Driller is based on a 75ft statue in Tulsa, OK that's a tribute to to the oil industry and the folks that work in it. He's got a stern expression, some heavy duty gloves, and a belt buckle proudly proclaiming the city of Tulsa. It turns out that the Golden Driller was built in 1953 and is the 6th largest statue in the United States! How cool is this guy? The gold color really well since the actual statue is kind of gold, too. 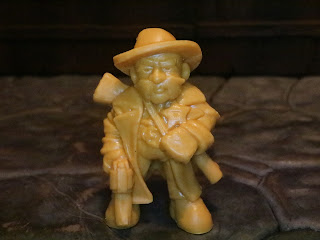 * If you're unfamiliar with Bass Reeves you need to go and read up on this guy. Born into slavery, Reeves somehow escaped from his captor during the Civil War and lived among a few different Native American tribes until the passage of the 13th Amendment abolished slavery, and then became the first black U.S. marshal deputy to serve west of the Missippi. Apparently he arrested more than 3000 outlaws! Dang! He also became a police officer when Oklahome became a state in 1907. 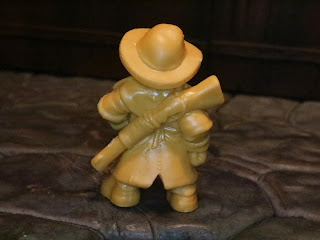 * The minifigure of Bass Reeves is awesome. It captures Reeves' manly mustache really well and he's packing a six shooter and a long gun slung across his back. You gotta have someone to keep the rest of your minifigres in line, right? 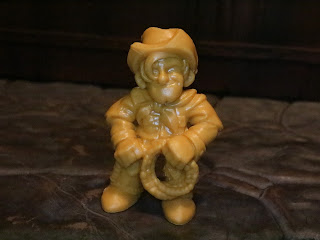 * Known as "Oklahoma's Favorite Son" Will Rogers is an infinitely quotable guy who traveled the world multiple times, made over 70 films, and who ran a mock presidential campaign in 1928. Will is depicted with a grin on his face decked out in his cowboy duds and carrying a lasso. He was also passionate about aviation and, interestingly, he was killed in a plane crash with the next minifigure in the set... 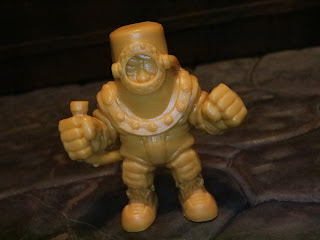 * Wiley Post served in the military, worked in the oil fields, spent some time in the pokey for armed robbery, and worked as a parachutist in the circus before he began setting aviation records. Post was the first man to fly solo around the globe. This figure represents Post in the pressure suit he helped design for high altitude flying. Look inside and you can see Post wearing his eye patch, as he has gone blind in one eye due to an oil rig accident. 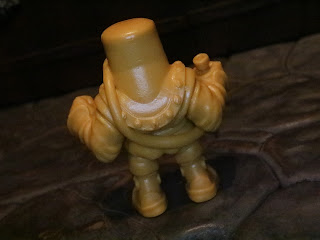 * The back of the suit features all kinds of tubes and lots of sculpting of the heavy duty material this thing was made of. It's really impressive work! 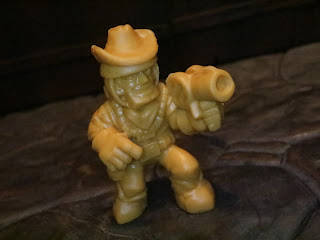 * Buck Atom is a Muffler Man, a fiberglass statue designed to draw attention to roadside attractions and businesses in the 1960s and 1970s which are a recognizable part of Americana. Buck Atom is one such character who resides along Route 66. He's 21 feet tall and is a futuristic space cowboy who looks like something out of a Fallout game. He's also a fairly recent addition to the Muffler Men ranks (who would make a great series of minifigures on their own). 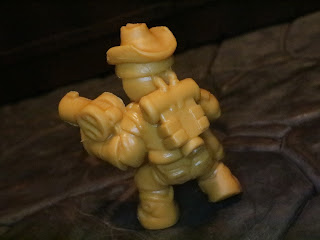 * Buck Atom is toting a laser pistol and is wearing a jetpack to help him with his intergalactic exploration. 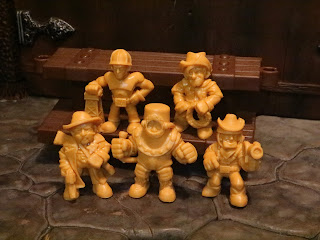 This is an Epic set of minifigures! Seriously, for around $4 bucks a mini this is an impressive set that is loaded with character. The sculpts are sharp, the plastic quality is excellent, and the designs are very inspired! I'd absolutely pick up more of these if they released them, though part of me also thinks it would be cool to see a set from each state showcasing the heroes and legends from across the country. This really is an amazing run of minifigures and you need to pick it up! Check out Flying Rabbit Studios and pick one up today.

These are the first figures of the Golden Driller, Will Rogers, Bass Reeves, Wiley Post, and Buck Atom that I've reviewed on the site.