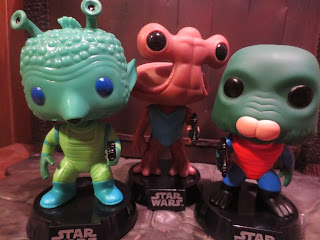 A week or two ago I was walking through my Wal-Mart and was absolutely amazed to stumble upon the very cool Greedo, Hammerhead, and Walrus Man 3 pack from Funko. Sometimes the Funko POP! exclusive sets are a real pain to find and I didn't have high hopes of ever seeing one. I'm a fairly casual POP! collector with the only series I've ever made a real effort to track down being the recent Resident Evil POP! vinyls, so I kind of anticipated I may never see this set. I'm glad I was wrong! For the uninformed, what's really neat about this set is that these POPs are actually based on action figures from the vintage Kenner Star Wars toyline rather than on the film characters themselves. Rather than use the now canonical names for Mamow Nadon and Ponda Baba, Funko also went with the Kenner designations of Hammerhead (a name that is in fact very offensive to Ithorians) and Walrus Man. I'm sure that most Star Wars collectors own these vintage figures (they were part of the 1979 series, although mine came from an antique shop many years later as I wasn't born until '83) and will probably get a real kick out of this set. Let's take a look at three of Kenner's Cantina Four after the break... 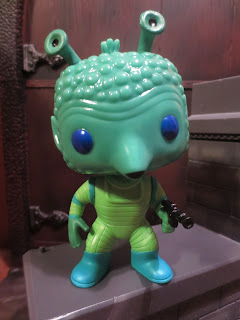 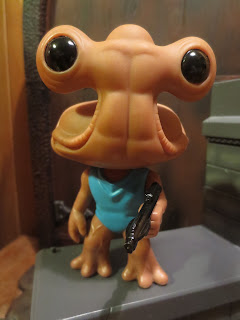 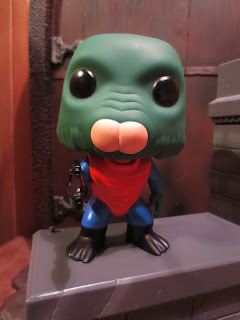 Non-Scalper Price: $25 dollars for the set 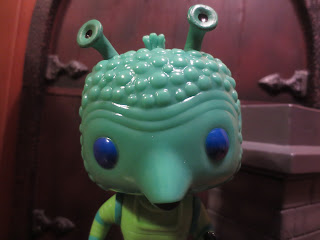 * While Greedo's headsculpt is the same as the standard Greedo #7 POP!, the skin color is definitely a more bluish green and the eyes are a vivid blue like the original Kenner toy. It definitely makes for a very different look for everyone's favorite Rodian. 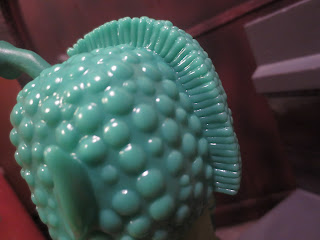 * I like the detail on this headsculpt. The odd bumps and the cool mohawk definitely show some nice detail by Funko. Being an older sculpt from the line, this headsculpt definitely has a slightly different feel design-wise. I like it quite a bit, though. 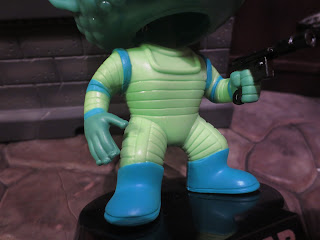 * The unusual green bodysuit Kenner put Greedo in looks fantastic. The sculpted ribbing across the chest, arms, and legs captures the detail of the vintage toy well, as do the blue highlighted cuffs on the shoulders and sleeves. 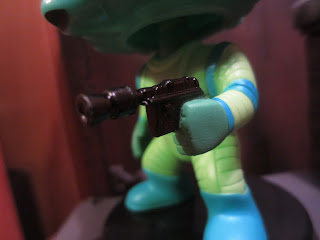 * Last, but not least, Greedo is armed with a Kennerized version of the DL-44 blaster that Han Solo came with as well. It wouldn't be until late 1996 in Kenner's Power of the Force 2 line that a Greedo action figure would get his own unique blaster. In the Kenner line, he carried a DL-44 just like Han. 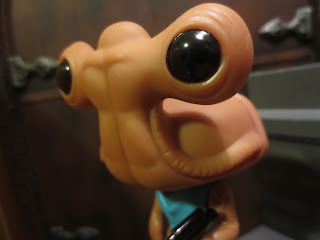 * I love Hammerhead's headsculpt. It's also reused from the Mamow Nadon #37 POP! from a few years back, but it's still a darn fine sculpt. It might have been cool if Funko had painted the little eyes with the "shifty-eyed" look that the vintage toy had, but that wouldn't really match the POP! aesthetic, I reckon. 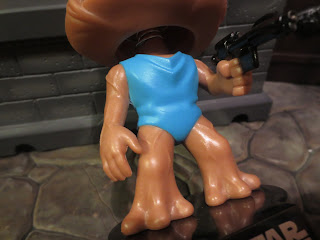 * The biggest difference between Kenner's Hammerhead and later Mamow Nadon's is the unusually tree-like body and the blue unitard rather than the short cloak/robe combo of the film character. The colors on this guy really just look perfect. 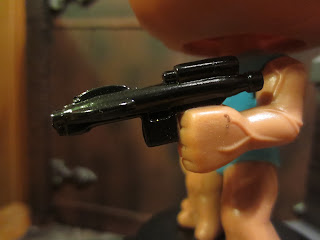 * Hammerhead also comes with his vintage accessory, too: The Stormtrooper's E-11 blaster rifle. The weapon also looks appropriately Kennerized, with the power cell on the bottom of the rifle instead of on the side. 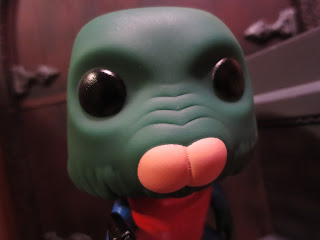 * The last figure in this set is Walrus Man, AKA Ponda Baba. If you don't already know, Ponda Baba is one of my favorite Star Wars characters. I love that guy! Interestingly, I can't find any evidence that Funko has released a Ponda Baba yet, so this would seem to be a completely new headsculpt. It manages to really nicely replicate Kenner's figure, particularly due to the green color of the skin. 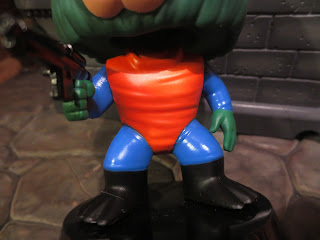 * Rather than a snazzy orange jacket and brown pants with cool yellow dashes down the legs, Kenner's version of Ponda Baba wore a blue bodysuit and a orange unitard. Not a flattering look at all, but it's vintage accurate. Oh, and he's also wearing black fitted boots that show off his flippered feet. 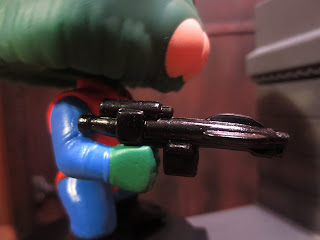 * Walrus Man is also packing a Kennerized E-11 blaster rifle. I really like that Funko even tried to make the guns these guys come with (which are part of the sculpt and not removable pieces) look like the vintage toys. That's some really nice attention to detail. 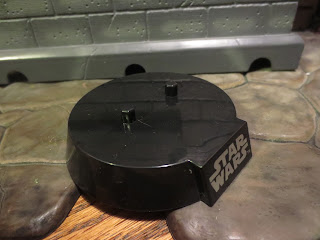 * Like the rest of the Star Wars POP! vinyls, this set includes a display base for each figure. It's just a simple black plastic piece with a silver Star Wars logo, but I really like the way it looks and how easy it makes displaying these toys. 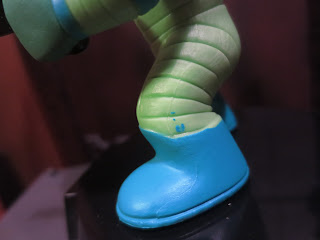 * Oveall the paintwork was really neat and clean on this set. The only problem I had was a bit of slop, shown here, on Greedo's left boot. 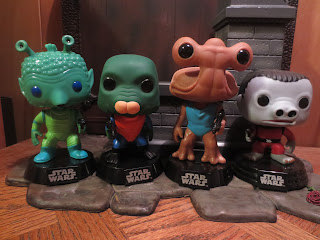 2017 is the 40th anniversary of Star Wars and, while many collectors are anxious to see what Hasbro has planned (the non-articulated figures they're putting out are just not doing it for me. Or anyone, apparently), Funko's stuff seems fresh and fun, even if it's touching on Nostalgia. This is a great set that only cost me $25, which makes these cheaper than buying three regular POP! figures anywhere. Pair them with the Snaggletooth from Smuggler's Bounty and you have a pretty cool set. This really is an Epic set.