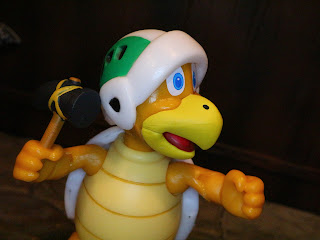 As I'm wrapping up my 2018 toy pickups in anticipation of the upcoming end of the year awards season I'm getting ready to review a couple World of Nintendo figures I picked up this year. While Jakks Pacific looks ready to gear up for a soft relaunch of the line with new packaging and such, 2018 was a bit of a rough year for this line. I'm not sure I ever saw any figures from Wave 2-6 and figures from both that wave and Wave 2-7 have gotten to be ridiculously expensive. I did manage to track down a Hammer Bro. however, which is great. While I have the S.H. Figuarts version of the Hammer Bro., it's nice to have an official World of Nintendo version, too. Plus, they're usually referred to as the Hammer Bros., so having two of them just makes sense. I love these guys ( a Fire Bro. has just been released and I'd love a Boomerang Bro. in the future, too) and having this classic villain is really fun. Let's check him out after the break... 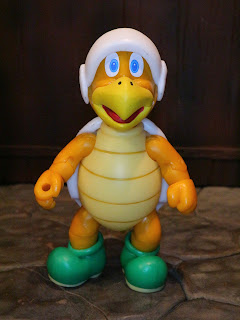 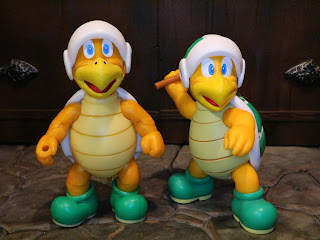 *Here's a quick comparison of Jakks' Hammer Bro. (on the left) and Bandai's Hammer Bro. (on the right). They look pretty similar, don't they? Bandai's is a bit sharper but it doesn't have any articulation. Seriously, get both if you want a cool Nintendo display. They both have strengths and weaknesses. 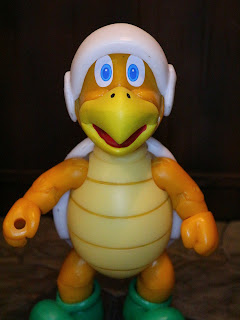 * The Hammer Bro. has a pretty cool sculpt. I feel like it just has to be tough to get some of the Nintendo characters to look "right" as three dimensional toys but Jakks has done a pretty admirable job overall. The overall shape, colors, and the little details such as the stripes on the plastron and the positioning of the limbs really help to make this guy feel like he warped right out of your favorite cartridges. 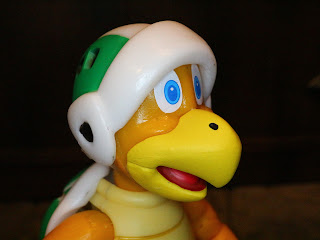 * The Hammer Bro. has a really good headsculpt. The eyes are just OK (Bandai's are better) but the helmet and shape of the beak are excellent. I love the open mouth! 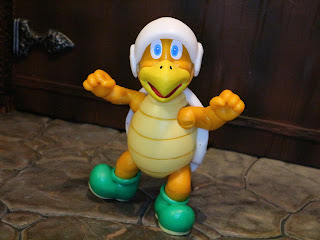 * Most of the Nintendo characters have body shapes that don't seem conducive to articulation points. Jakks squeezed in far more articulation here than I would have thought including a swivel/hinge neck. While the Hammer Bro. is by no means superarticulated, you can get some fairly fun poses out of him! 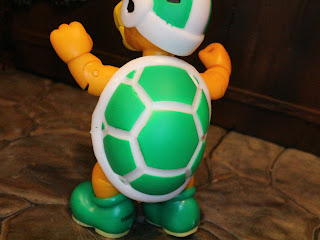 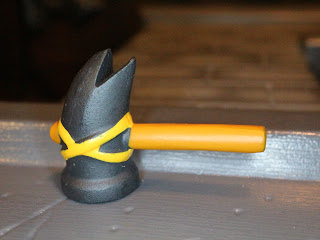 * The Hammer Bro. of course comes with his namesake: A hammer! It fits well in his right hand and has a few paint applications to bring it to life! 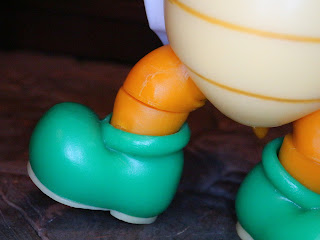 * The swivel join on the Hammer Bro.'s knee/calf/ (ankle?) is kind of oddly placed. It looks odd and probably would have been better if it had been placed down inside of his shoe. Just an aesthetic nitpick on my part, of course. 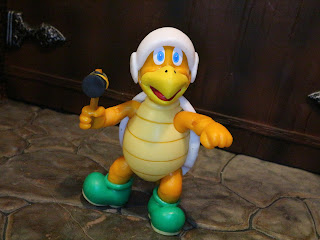 The Hammer Bro. is a Good and a 1/2 figure. He's not going to light the world on fire or convert any non-Nintendo fans into collecting this line but he's a solid addition to the collection for longtime fans. I really like him and, since he's an army builder of sorts, he still works even if you own the Bandai version. This guy has been kind of tough to find so if you want him, I'd snag him ASAP. Some of the World of Nintendo figures have seen releases and others have shown up in greater number later, but others have disappeared from the face of the earth (I still really want an Ice Mario!). Who knows which camp the Hammer Bro. will fall into?