Action Figure Review: Skeletor + Faker from VYNL: Masters of the Universe by Funko 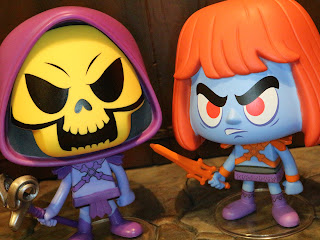 I never paid much attention to Funko's VYNL line of Masters of the Universe figures but after getting the incredibly adorable Prince Adam and Cringer set for Christmas I decided I wanted to pick up a few more of these. It turns out that while half of them are convention exclusives none of them have gotten to be terribly expensive yet. Heck, I picked up the other three available sets for retail or less. Maybe that's not such a good sign for the line's future? I hope not, though, as I love the wacky style of the VYNL renditions of the MOTU cast. Today I'm checking out the Skeletor + Faker two pack which was a Funko 2018 Summer Convention exclusive. Let's check out this pack of villainous vinyl figures after the break... 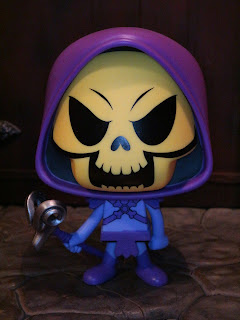 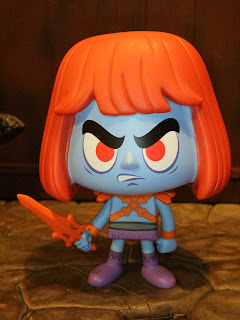 Non-Scalper Price: $20 dollars for the set 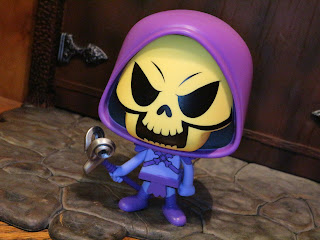 * The VYNL style works really well for Masters of the Universe. It's fun and kind of silly, but it also is rather evocative of elements of the Filmation design. The figures have sculpted heads with lots of printed detail and very flat bodies. It's a great style but, as with most caricatured things, beauty is in the eye of the beholder. 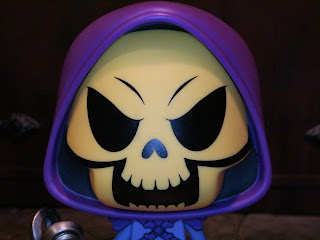 * The skull is definitely shaped but the details are all simply stamped on. It's really neat and clean work, however. I like how Skeletor's skull is set back in his hood as well. It nicely adds to the appearance of the figure. 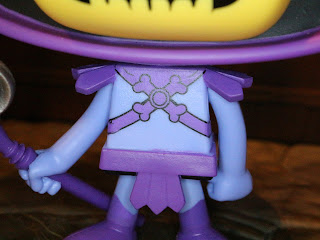 * The bodies are all flat with stamped details on the torso but Skeletor's shoulder pads and the belt-like thing he wears are separate pieces over the main body. 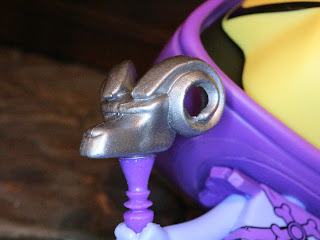 * Skeletor even has his little Havoc Staff! How cool, right? The sculpt of the head definitely has a lot of personality. 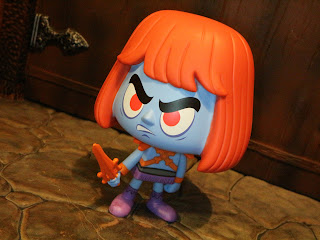 * Next up is Faker and, man oh man, do the colors just pop on this guy. It's amazing how bright and vivid this guy looks on the shelf! I know he only has a simple swivel head joint but this guy absolutely looks great standing around with his head tilted to the side. 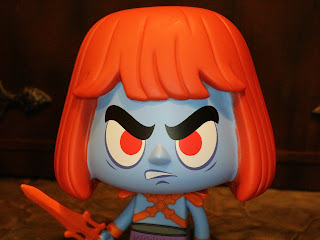 * The head is really well done. I'm pretty sure the headsculpt itself is the same as Prince Adam's but that makes perfect sense. It's the printed details and the blue skin that help Faker to stand apart from He-Man, which really seems like the opposite of what he should be doing. Those eyes make Faker look pissed! 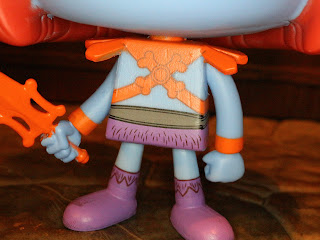 * Faker has the same torso as Skeletor minus the extra piece attached around the waist for the belt. The printing is nice and clean. 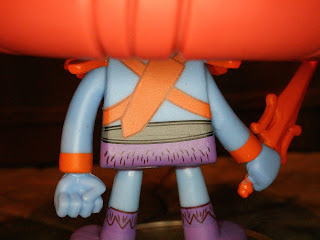 * I like how Faker even has a scabbard for his sword on his back! That's a fun little detail that I didn't catch right away. 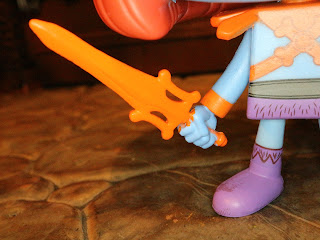 * Faker just has to be rocking a bright orange Power Sword replica, right? You know it. The weapon sculpt is quite good and makes for a fitting addition to the figure. * Both Skeletor and Faker come with a clear display stand. These easily plug into the feet of the figures and help to keep them standing upright just a bit more securely than if they didn't have them. 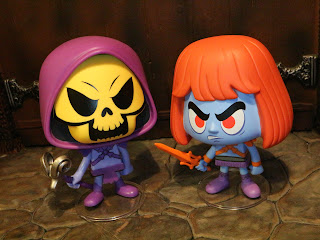 For more VYNL: Masters of the Universe reviews, check out the following:
Prince Adam + Cringer