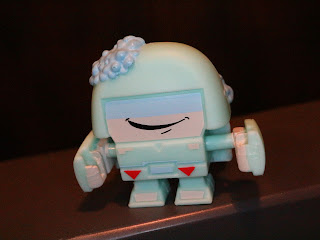 It's time for another Transformers BotBots review! Today I'm checking out Sergeant Scrubadub, a member of the Toilet Troop I picked up in one of the blind packs (which actually are not 100% "blind" as there is a code system to help you identify who you're getting. Of course, I picked these up the first time I found them and I had no idea who I was getting. I'm going to be honest: I really dig this guy. A robotic transforming piece of soap is kinda weird, but I dig it. Let's check out Sergeant Scrubadub after the break... 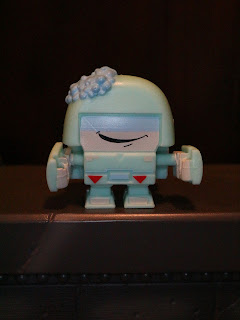 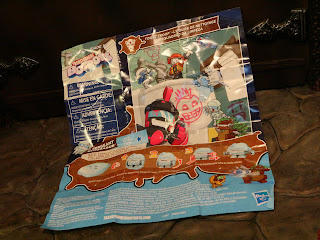 * One thing I really like about these is that every one of the blind bagged figures come with an instruction guide that gives the character's name, their team affiliation, and shows to how transform them. Sergeant Scrubadub is one of the Toilet Troop and the Clean-Up Platoon Leader. 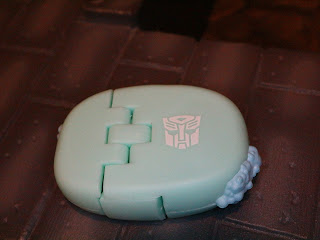 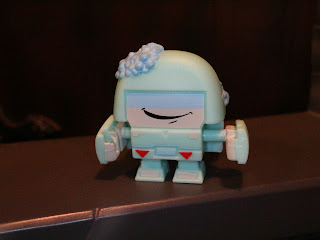 * The bar of soap easily transforms into Sergeant Scrubadub. He's a small little robot but I like his grin and how his arms have a full range of swiveling motion. Interestingly, the hands look like they are designed to hold small accessories. Maybe that's something that will be utilized later down the line? 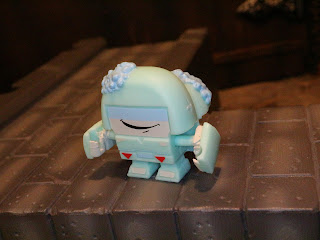 I really like how Sergeant Scrubadub looks like a really small bar of hotel soap and how he transforms into a pretty cool little robot who kind of has a somewhat tactical feel to him. The color is interesting and not something you typically associate with a robot, so that's also a plus. He's a great little minifigure who should appeal to kids, mifigure collectors, Transformers fans, and the same collectors who dig Shopkins and the like.  The Transformers BotBots Toilet Troop manages to be less gross than some of the other lines on the market today and features more cool household items, which I dig. This guy's a Good and a 1/2 little robot!


This is the first figure of Sergeant Scrubadub I've reviewed. For more Transformers BotBots reviews, check out the following: