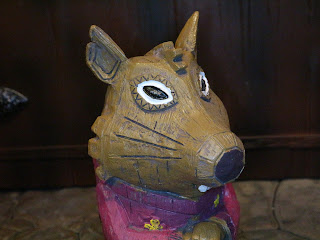 Today I'm yet again checking out another item from the big box of cool stuff that FOCO sent me last month and the subject of today's review is another Eekeez figure from their Teenage Mutant Ninja Turtles collection: It's Master Splinter! Master Splinter is one of my favorite characters of them all: He has an incredible design, he's a master warrior, and he's a caring father. I love this guy and I'm really excited that FOCO has released him in the Eekeez line. FOCO has lots of Eekeez figures from various Nickelodeon owned properties and while it's been quite some time since TMNT became a Nickelodeon owned property, it still always takes me by surprise. If you dig shows like Invader Zim, Rugrats, Ren and Stimpy, and SpongeBob SquarePants, check them out. Of course, I'm eager to check out this Splinter, so let's get rolling! 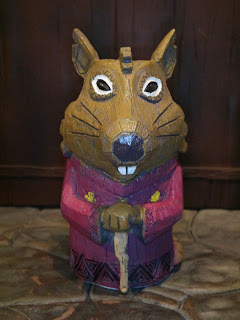 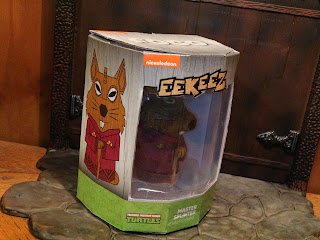 * The first series of TMNT Eekeez had square boxes while the second series has these semi-circular boxes with a viewing window and some cool imagery of Master Splinter on the sides. 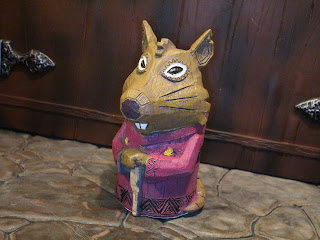 * Dang. I am absolutely nuts about these Eekeez figures! The style just really, really works well for the TMNT. I'm not sure every property would work in this style (though the DC Comics Joker is amazing) but I think the classic TMNT designs really suit the aesthetic. I'd love to see how Masters of the Universe fares in this style, too. 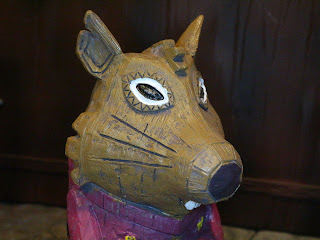 * Splinter's face sculpt is awesome. Eekeez are cast in resin but sculpted and painted to resemble wood carvings. Man, does Splinter just fit really well with this style or what? The sculpted whiskers, the detail around the eyes, and the texture on the face are just fantastic. 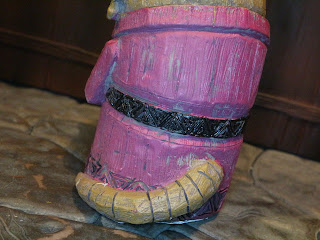 * The back of the figure shows off more of the awesome detail that covers every inch of the figure. Seriously, people viewing your collection really are going to have to pick this up and hold it before they'll believe that is isn't wood. These are really well crafted. 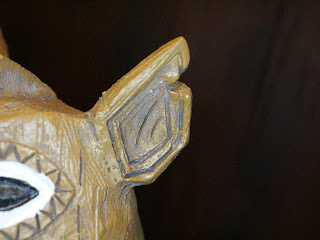 * Whether you prefer splinter as the mutated Hamato Yoshi, the pet rat of Hamato Yoshi, or the reincarnated spirit of Hamato Yoshi in the vessel of a lab rat, you'll definitely dig the detail on this figure, particularly the ripped up ends of the ears. This is just such a cool little detail! 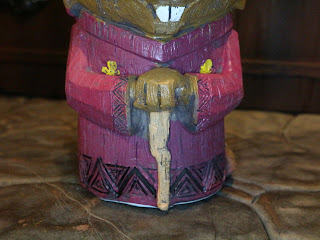 * The pose is excellent, featuring Master Splinter calmly holding his walking stick. The detail work on his kimono is beautiful with a great detailed pattern running along the bottom hem. 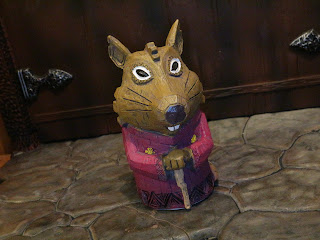 There are lots (and lots!) of stylized figures out right now but Eekeez definitely have something special about them that makes them truly stand out from the rest. The unique Tiki art inspired aesthetic makes form some wildly cool collectibles. Master Splinter is definitely an impressive collectible that should definitely catch the eyes of anyone who loves the TMNT. The Turtles have been rendered over and over again in thousands of different ways, but this version of Master Splinter feels really unique. He's a Great and a 1/2 figure and well worth tracking down or purchasing from FOCO directly.


If you're a fan of Master Splinter, check out the Dojo Splinter figure from the 2012 TMNT line.

The subject of this review was provided to me free of charge by FOCO.