Minifigure Review: Early-Bird Collector's Package from Mythos in My Pocket by HH Toys 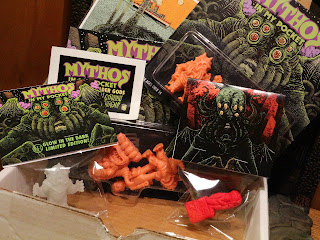 This Christmas I told my wife there was only one thing I wanted: The Early-Bird Collector's Package from HH Toys' new Mythos in My Pocket line. Released on December 15th, 2018, the Early Bird Package kicked off the new H.P. Lovecraft inspired Mythos in My Pocket line. You're telling me there is a new set of Minifigures inspired by H.P. Lovecraft, M.U.S.C.L.E., and Monster in My Pocket? Sign me up! Well, my wife delivered and this package was under the Christmas tree for me on Christmas morning (along with lots of other stuff, too!). It's taken me a little over a month to get around to reviewing them but I just had to check them out before I close out all of my 2018 reviews and start my annual best of the year awards. There were only 100 of these sets made although you can still order both of the three packs. Let's check out this very cool line of minifigures after the break... 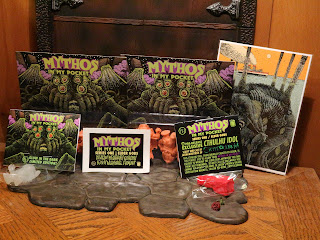 Height: Just a hair shy of 2 inches tall each 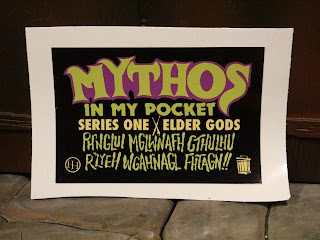 * First up in the box you get a sticker that shows off the Mythos in My Pocket logo. This is series one and it's give the title the Elder Gods. The phrase Ph'nglui mglw'nafh Cthulhu R'lyeh wgah'nagl fhtagn, which means "In his house at R'lyeh, dead Cthulhu waits dreaming." Is also written at the bottom. 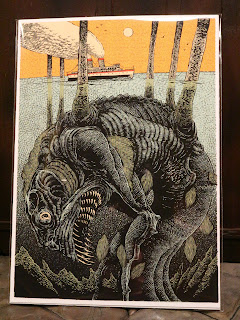 * Second is this really cool art print of one of the enormous Deep Ones slumbering underneath the sea. Actually, this may very well be Dagon himself. It's a beautiful print! 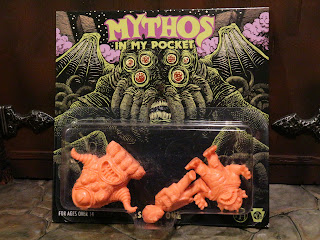 * The Early Bird Package includes both sets (A and B) from series 1 of the Mythos in My Pocket line. The packaging is incredibly cool and each pack features three figures floating around in a plastic bubble. Pack A includes the Star Spawn, The Hound, and Nyarlathotep while Pack B includes Dagon, H.P. Lovecraft, and Yog-Sothoth. The figures are a bit under 2 inches and are molded in a really solid plastic that is just a bit rubbery. Suffice to say, they are perfect! They have a great feel to them and the plastic color is dead on. 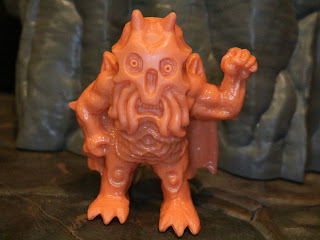 * From At the Mountains of Madness, the Star Spawn (or Cthulhi) are intended to be smaller than Cthulhu and made from matter that is alien to our world. While the Elder Gods inhabited the oceans, the Star Spawn inhabited the land in ancient time until the lands they inhabited sank into the ocean. They have a lot of similarities to Cthulhu and you can see the various details such as the tentacles on the face and the large wings. Of course, the face shape is definitely different, giving off a cosmic vibe. 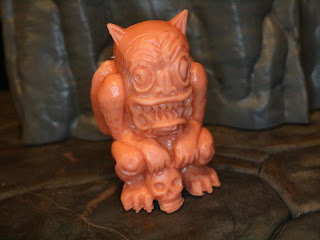 
* The Hound comes from the short story of the same name and represents a creature who pursues some grave robbers to their deaths. The face is crazy looking and, fittingly, the figure is posed crouching over a skull. 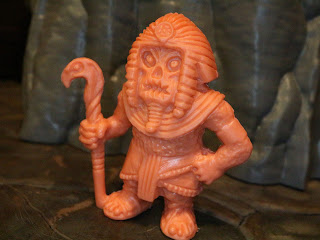 * Nyarlathotep, also known as the Crawling Chaos, the Faceless God, Face Eater, Mr. Tiddles, Sauron, the Moon Presence, and about a hundred other monikers, appears in multiple works by Lovecraft. He has a very Egyptian look to him, almost like a pharaoh, and is wielding a staff. The face is pretty creepy, eh? 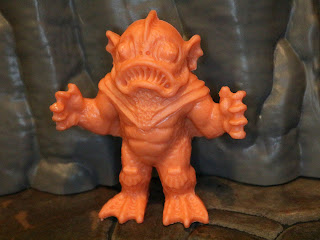 
* Next up is Dagon, one of the Great Old Ones who presides over the Deep Ones. He has a great fish-like appearance with flippers, scales, and some truly sharp looking little teeth! 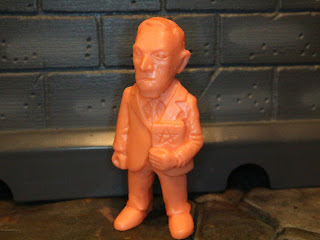 * I'm absolutely thrilled that HH Toys created a little figure of H.P. Lovecraft himself, holding a book of forbidden and arcane lore (perhaps the Necronomicon?). The sculpt is excellent and captures the author's grim visage quite well. Warpo Toys' Legends of Cthulhu line had a Kickstarter stretch goal of a Lovecraft figure, but the campaign never made it to that amount. 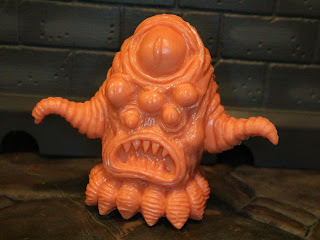 
* Perhaps locked outside of space and time but seeing all, the mysterious Yog-Sothoth is the grandfather of both Cthulhu and Tsathoggua. This is a crazy sculpt that kind of reminds me of Fred from Big Hero 6. There are lots of great details on the multiple eyes and tentacles! 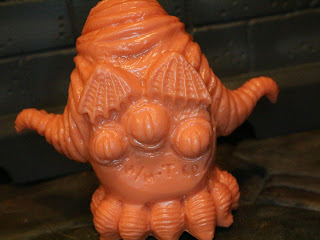 * I love the little logo mark on the back of each figure! It's a great nod to M.U.S.C.L.E. 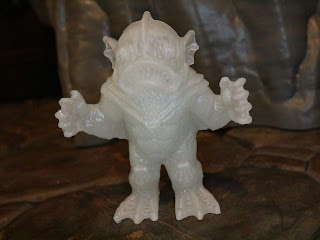 Glow in the Dark Dagon 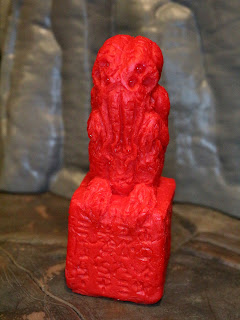 * Last up is another exclusive for this set: A Cthulhu Idol. This piece is actually different than the rest as it seems it was cast in resin rather than the rubbery plastic of the rest of the figures. It's a very cool sculpt and design, however, and makes for a great display piece in any Lovecraft themed collection. All of the writing on the base of the statue looks fantastic and is incredibly sharp! 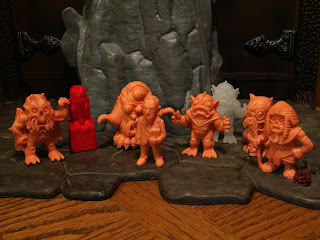 Whether you're a fan of Lovecraft a fan of minifigures, or, especially, a fan of both, this set is going to rock your world. Yeah, it's too late to pick up the Early Bird Package, but the regular three packs are still available. At $65 bucks the price per figure might be a bit expensive but the limited run, handcrafted nature of these, and the inclusion of an art print helps to soften the blow. I wish the first series includes a few more figures but, still, this is an Epic collection. I'm excited to see what HH Toys has in store for us down the road as there are so many fantastic creatures from Lovecraft's writings still to be made.

If you dig Cthulhu, I've also reviewed the Conjured Cthulhu and Spawn of Cthulhu from Legends of Cthulhu as well as the Funko POP! Cthulhu: Master of R'lyeh.

These are my first reviews of toys based on the Star Spawn, Yog--Sothoth, Dagon, the Hound, Nyarlathotep, and H.P. Lovecraft.
Posted by Barbecue17 at 1/26/2019