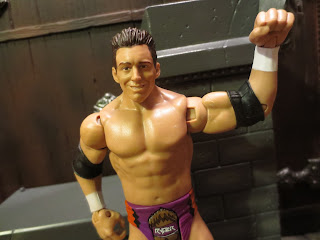 Zack Ryder: The wrestler that the WWE universe seems to love and the WWE management seems to hate! Let me put it simply: If you don't love Zack Ryder, you probably are dead inside. This is a guy who just seems to love what he does with a passion and you can't help but cheer for him. At our Wrestlemania 32 party I'm pretty confident that the single event that caused everyone to get the most excited and to shout the loudest was Zack Ryder winning the Intercontinental Championship. While no one had picked Ryder to pull off the feat I don't think anyone in our crow was disappointed. While I'd eventually love to see Mattel release an Elite of Zack Ryder from Wrestlemania 32, I really wanted a Ryder for my shelf now. I stumbled upon this guy from series 61 of Mattel's basic WWE line and just had to snag him. Ready for a look at a figure of the man known as the Ultimate Broski, the Internet Sensation, and Long Island Iced-Z? Then join me after the break... 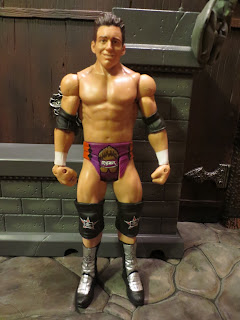 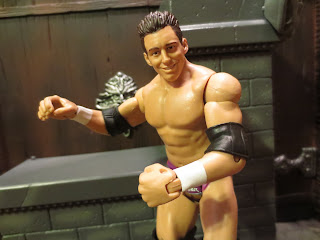 * Zack Ryder here is from Mattel's "Basic" line which means he has more limited articulation than the Elite figures. Still, what he has isn't bad for a $10 figure and he feels incredibly sturdy. If you're just posing these guys on a shelf as part of your roster, basic figures should meet your needs just fine. These are really fun toys to play with and they can definitely survive some hardcore matches too, if you so desire. They're tough, sturdy figures. 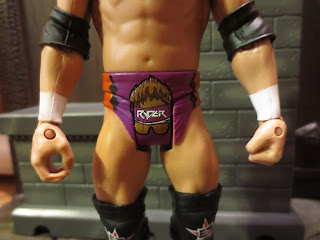 * I love the cool Zack Ryder logo with Zack's spiky hair, his sweatband, and his glasses. Mattel did an awesome job of replicating this look. While he's worn these trunks pretty recently (in April during the rematch for the Intercontinental Championship) the overall look of the figure is from last year during his pre-beard days. 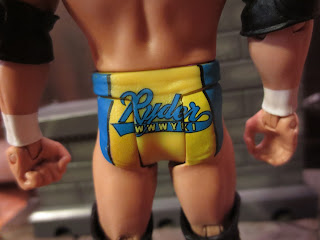 * What does WWWYKI stand for? Check out this short video to find out!

Don't have time for that? Then I'll fill you in: Woo Woo Woo! You know it!

Yup! As always, Mattel does a great job with printing stuff like this as it's bright, colorful, and legible! Woo woo woo, indeed. 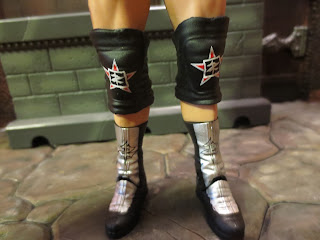 * Not only does Zack have both knee and elbow pads but his knee pads have stylized Z's on them. Again, just a cool little detail that shows off the great printing work on these figures. 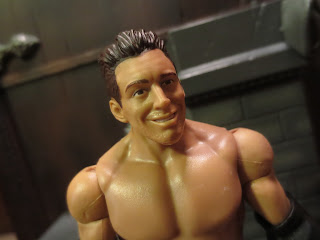 * I am not digging this face sculpt. It's just.... really odd. Don't get me wrong: Zack Ryder can make some funny facial expressions but I really don't think this looks like him. The hair might be pretty accurate but the awkward smile it just extremely off-putting! Major fail here. 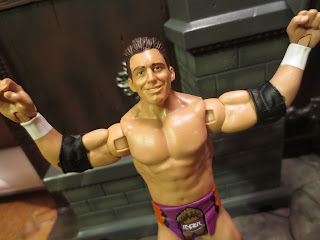 I certainly hope we get another Zack Ryder figure down the road as while this is a decent figure, the head sculpt just isn't working. It's really unfortunate that it's quite off because this is an otherwise exceptional figure. The head really brings things down though. As it stands, this is a Good and a 1/2 figure when it really should have been a great one. Extreme expressions are a risky gamble and while I love them when they turn out well, when they fail they fail hard. Hopefully Zack's next outing will fair better. Anyone think maybe Zack Ryder could be the mysterious 7th man teased for Money in the Bank 2016? WWE hasn't mentioned anything about that slot for a week or two, so maybe they've forgotten that they teased that additional slot. Still, if they worked Long Island Iced-Z in, I'd be petty pumped. That's going to be a killer match!

This is the only Zack Ryder figure I've reviewed so far but I have reviewed a ton of other WWE figures from Mattel including: