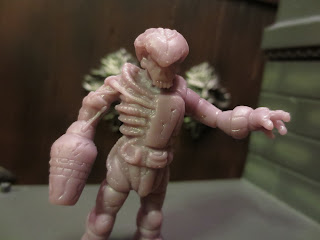 Now molded in a pale purple plastic, Ghoul Zombie Pheyden is another color variant of the original Zombie Pheyden figure that was one of the stretch goal/ bonus figures back when the OMFG! series 3 Kickstarter campaign was running.   Based on Pheyden, a space traveler from the Glyos System of toys, Zombie Pheyden is a creepy little minifigure that is based on a design by Matt Doughty/ L'amour Supreme and sculpted by George Gaspar. Pheyden is a neat little mini that should easily blend in with a number of different minifigure collections. He's actually around 2 1/4 inches tall which makes him a little taller than your average minifigure from lines like OMFG, M.U.S.C.L.E., MWOTR, S.U.C.K.L.E., and Monster in My Pocket, but his design works as a taller, alien like creature. I've reviewed this same sculpt multiple times (my links to those other reviews are below) so this review really just focuses on the new color scheme. Is that OK? Of course it is! Join me as we talk about this new colorway for Zombie Pheyden after the break.... 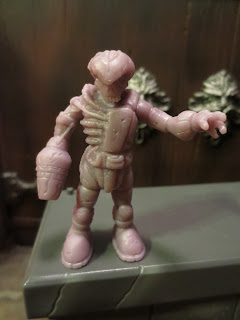 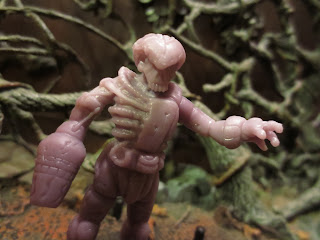 * The only difference between this figure and the previous releases I've reviewed (I have links to them below) is the new "Ghoul" color scheme. It's a light purple color that nicely highlights the intricate detailing on the sculpt. I totally can see the reason for calling it "Ghoul" as it's not cheerful or anything and definitely has a pallor about him that reminds you of a walking corpse. It's very fitting for this figure! 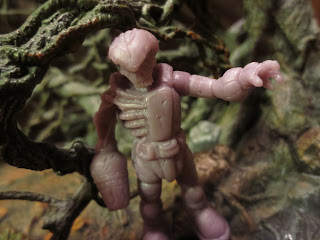 If you're looking for high quality minifigures, October Toys is without a doubt one of the best places to visit to get your fix. Zombie Pheyden in the Ghoul color scheme is another Great figure. I love that I've not amassed a small army of these guys in different colors and I imagine I'll keep picking them up whenever I get the hankering for some new minifigure madness. Check them out to pick up your own version if you're so inclined!

I've reviewed other OTMFG! and OMFG! figures here, too, including: