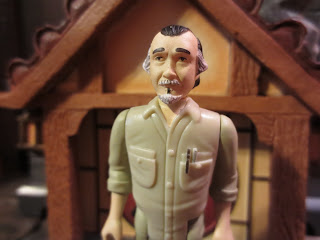 Seriously, who doesn't love the late, great Pat Morita? Full disclosure: I'm not sure I've ever even seen The Karate Kid (any of them). I actually know Pat Morita best from his role as Matsuo "Arnold" Takahashi on the earlier episodes of Happy Days and Grandpa Woo on The Mystery Files of Shelby Woo (I pretty much lived on Nickelodeon and Nick at Nite from 3rd or 4th grade well into high school). Still, even without having seen The Karate Kid, I absolutely know who Mr. Miyagi is. He's such an iconic character that I decided I really wanted to add him to my ReAction collection. While on vacation I went to a flea market where a collectibles vendor was selling ReAction figures for $8 each with a buy one/ get one 1/2 off sale. I ended up paying only $6 for Mr. Miyagi and one other figure that I'll be reviewing a bit closer to Halloween. Ready for a closer look at Mr. Miaygi? Then join me after the break... 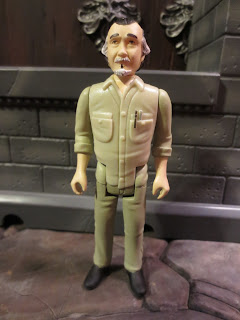 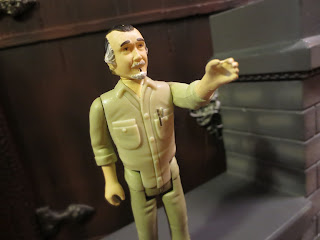 *Like most of this year's ReAction figures, Mr. Miyagi is made from a sturdy plastic that feels durable just like the toys you remember from your childhood. He has the famous 5 points of articulation that was popular in vintage action figures from the late 70's/early 80's and whuch Hasbro for some reason thinks is appropriate for it's modern Star Wars line. Zing! Everything works fine with Mr. Miyagi, however. 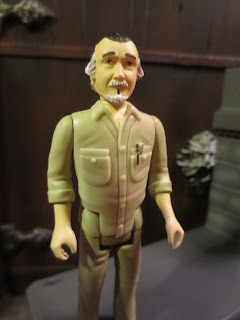 * I think Funko has really found their stride this year as all of their sculpts have been quite good. Managing to walk a fine line between vintage charm and accurate character likenesses can be tough but I think they've nailed it. Mr. Miyagi is definitely not a visually complex character but his basic outfit looks sharp and the headsculpt definitely is recognizable. I think most folks could look at this figure and no who it's supposed to represent. 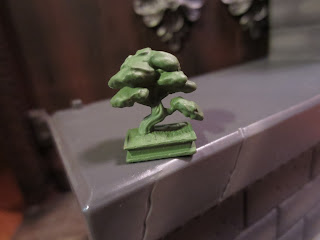 * I really dig the little bonsai tree that Mr. Miyagi comes with. It's a cool little piece that definitely fits the character and is rather unusual. I've never owned an action figure that came with a bonsai tree, so that's quite an achievement, Funko! 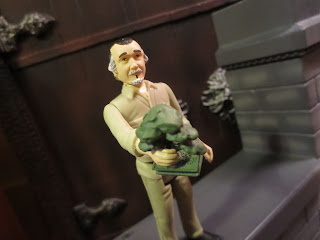 I keep saying I'm going to work on a series of dio-comics or something with my retro action figures (keep your eyes peeled for the "The World Council of Monsters" coming someday from Action Figure Barbecue) and when I do I know that Mr. Miyagi will stand alongside other heroes such as Jack Burton, Leeloo, Quint, Eric Draven, Admiral Ackbar, and the Professor. He's a fun ReAction figure to own and I really like him. Particularly the bonsai tree. I'm totally digging that! I've seen him on sale at Toys 'R Us just this past week so if you haven't picked him up yet, shop around and get a deal, reader-san!

I've reviewed a ton of Funko ReAction figures, including: