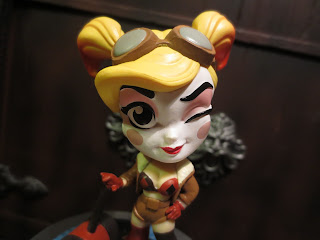 Harley Quinn was the third figure in the DC Comcis Bombshells line I picked up. I'm a huge Harley fan and what was amazing is that while the first Wal-Mart I went to didn't have her, she was the only DC Comics Lil Bombshells figure on the shelf at the second Wal-Mart I visited. The tray only had her package on it and the lid had already been opened. When I peaked inside and saw Harley, I knew I just had to snag her. Let's take a closer look at this cool minifigure from Cryptozoic after the break... 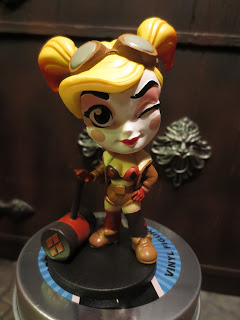 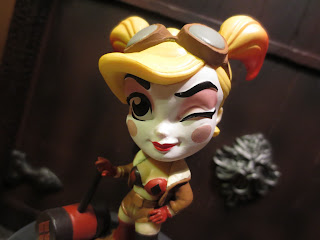 * Harley makes an excellent Bombshell! While she has a fairly standard aviator look (well, you know, with a red and black bra and red and black thigh high socks), her hair, face, and attitude really help to make it definitively Harley. I'm also really impressed by the paintwork on this series. Considering these are only three-inch tall figures the paintwork is extremely neat and detailed. 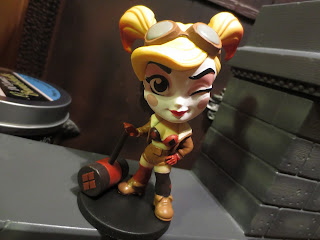 * I love Harley's wink along with the "hand on her hip" pose. I'm also digging the infamous mallet. Harley is one of the figures in this serious to have a black & white variant, but I much prefer how fun and colorful she is, don't you? 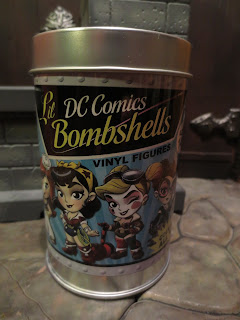 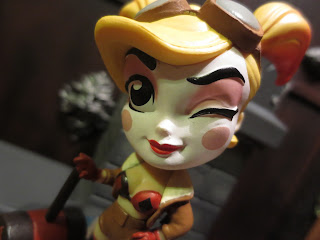 I'm really liking this series. The price is a bit high but the fact that these women have really high quality paintjobs and unique sculpts definitely helps to take some of the sting away. I'm really glad that I found these opened because there is no way I'd take a risk on a $10 blind bagged figure. If you find these open or buy them offline from someone who has already opened them you should be pretty pleased with Ms. Quinn. She's a Great minifigure and a nice collectible for your Harley Quinn shelf.