Road to Rogue One: Sabine Wren from Star Wars: Rogue One by Hasbro 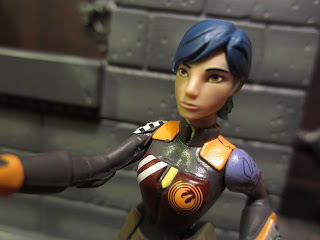 OK, first things first: No, as far as I know, Sabine Wren and the crew of the Ghost are not in Rogue One. Just like they did last year in their 1/18th scale The Force Awakens line, Hasbro has included a mixture of characters from various Star Wars properties. Alongside the Rogue One figures are characters from TFA and Rebels. While I've been skipping pretty much everything in the smaller scale line that Hasbro releases these days, I really couldn't pass up a cool Rebels figures. I have to admit that Rebels is absolutely becoming one of my favorite Star Wars things ever and while I have a tough time picking my favorite member of the Ghost crew, Sabine is definitely close to the top of the list. She's the only 1/18th scale figure I picked up at Toys 'R Us on Froce Friday and I'm excited to check her out today. Let's take a closer look after the break... 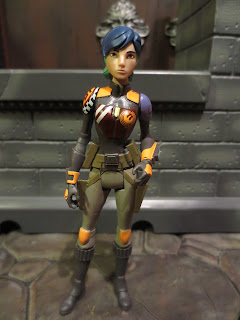 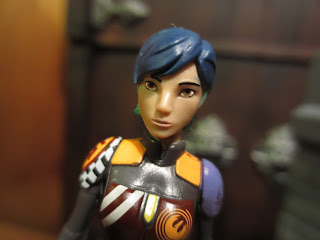 * Hasbro did a beautiful job on capturing Sabine's appearance. She really resembles her onscreen character and you can even make out her Mandalorian features. She's a great looking figure. She also has a balljointed head. I love that! While Hasbro has cut their mainstream Star Wars line to 5 points of articulation, a balljointed head goes a long way towards making the figure more interesting to pose and display. 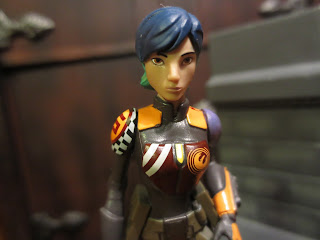 * Sabine's armor is incredible. This is her season 2 outfit and it's really colorful. Being an artist, Sabine gives her armor that sleek, personalized that so many of the other Star Wars characters lack. You can take your "lived in" universe; Sabine wants to show you her skills both in combat and behind a can of paint. The details on the armor are awesome and she's really going to stand out on your shelf. I love how neat and clean these paint apps are, too. This is some mighty fine work from Hasbro. 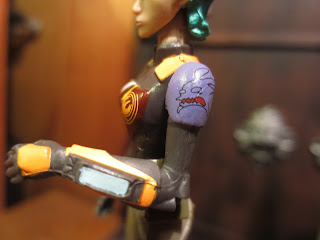 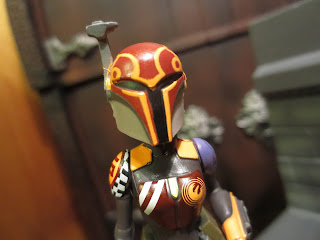 * Sabine comes with a removable Mandalorian helmet and not only does it look pretty sweet on her but it's also sporting an incredible paint job. I love the look of this! 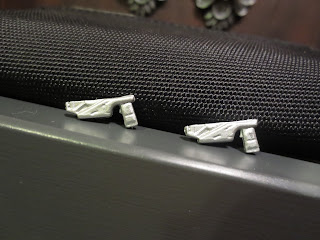 * Like the previous Sabine figure, this version also comes with two WESTAR-35 blaster pistols. They're molded in silver plastic, look quite sharp, and fit nicely in the figure's hands. 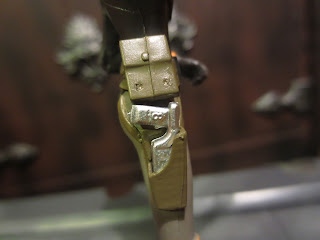 * Sabine's belt is covered with cool pouches along with two holsters for her pistols. They fit in their really well and look quite nice on display. 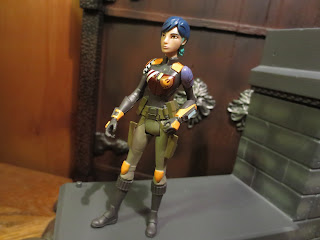 * Yes, I know these figures only have 5 points of articulation, so I'm not going to hammer that point into the ground. What I will say, though, is that Sabine is sculpted standing at an angle and it makes her kind of tough to stand up and pose well. 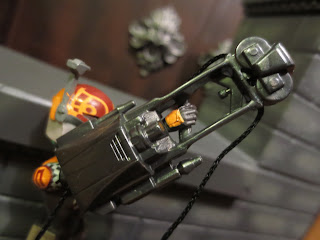 * I'm not going to knock Hasbro for including some larger accessories to appeal to kids. I will, however, knock them for including an accessory that just doesn't seem to work with this figure. Sabine includes what appears to be an extremely sophisticated zip-line trolley with a line, some hooks, and some blasters. Unfortunately, if Sabine raises it up it grates against her head or helmet. Not a great design for a swivel armed figure, Hasbro. 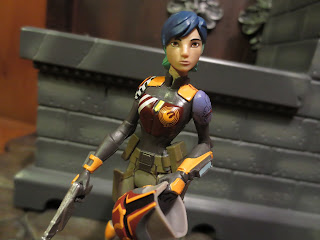 I'm invested in Hasbro's 6 inch Black Series, so I've largely been ignoring what comes out in their smaller line. Rebels is just too great of a series for me to skip, though, and I had to have this Sabine Wren figure. She's a Great toy, despite the limited articulation, and is well worth picking up for fans of the show. I'm glad that Hasbro gave her a removable helmet this time around, too, as it gives the character two unique looks. While I find it strange that Hasbro can't just run Rebels as its own ongoing toy line in order to give us a bunch of characters, that doesn't take away my appreciation for a figure as well done as this one.