Action Figure Review: Crita from Masters of the Universe Classics by Mattel 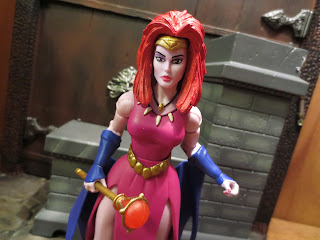 So, have you heard the big news? Mattel is ending MattyCollector.com at the end of December 2016 and all of the Masters of the Universe product will be released by Super7, the company currently releasing the M.O.T.U.S.C.L.E. and retro styled Masters of the Universe toys. That's pretty wild, right? Super7 kind of reminds me of Funko in that while they're known for their stylized and retro inspired stuff, they can put out some really high quality product when they want to. While it's certainly reasonable to have some concerns and a mixture of excitement and doubt over the line changing hands, I think there is definitely some positive things about this. I kind of feel like no one at Mattel cares about MOTUC right now. For Super7, though, having access to create any MOTU stuff is probably the biggest property they've ever scored.  This gives me hope because after receiving my July 2016 shipment of Mattel's Club Eternia product, I kind of feel like Mattel is now the Senior in high school with all of the credits under their belt just waiting for the end of the school year. Crita has been a figure I've wanted for a long time but, as you'll see, Mattel made some really strange choices on her. Read on and find out more about this member of the Evil Space Mutants after the break... 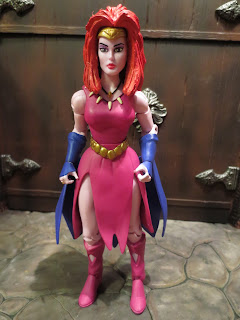 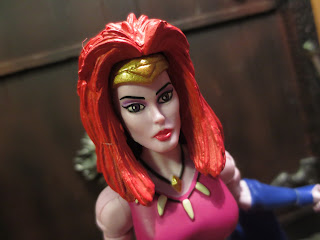 * I really do dig Crita's look. While the cartoon for the New Adventures of He-Man came out in 1990, there is a decidely late 1980's style to her that's different from the Eternia and Etheria crews. She's quite lovely with a nice pink skin, an awesome Joan Jett inspired hair-do, and some pretty slick jewelry. The paint work on the eyes and lips is excellent, too. 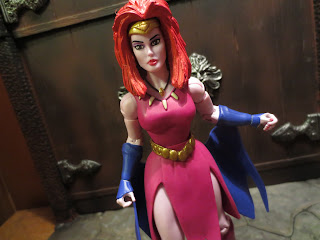 * Just looking at Crita, I think she's actually one of the most striking characters released this year. I love her color palette (particularly that magenta dress paired with the gold accessories) and I like the body design. Crita doesn't look overly thin now does she have an amazonian build like many of the MOTUC ladies: She actually looks somewhat curvy. It's just cool to have different body types in MOTUC (something we rarely see on the male figures). 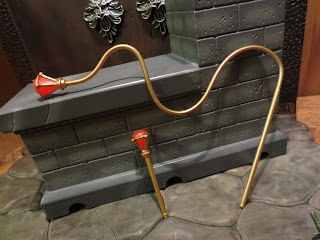 * Crita comes with her cool wand and a transformed version of it that functions more like a whip. Both accessories have a translucent gem at the end and give you a couple of options for arming her when putting Crita on display. 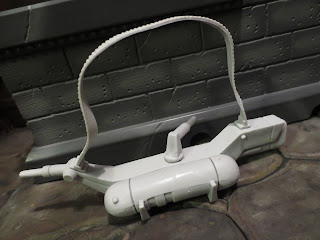 * Crita is also packaged with a gun that I didn't recognize at all. It's apparently a fear gas gun from the New Adventures episode "A Plague On Primus" which I'm not sure I've seen. Again, I love the New Adventures toyline and character designs, but I'm not that big on the show itself. This is an oddly shaped weapon but it's still kind of a cool extra. I dig the utilitarian design of it. It could use a few paint applications, though. 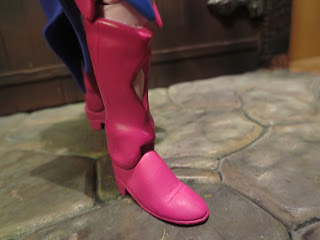 *I'm about to talk about Crita's articulation in a minute (it's not good, BTW) but I do want to mention something: She has really good ankles. I've seen a few people mentioning that she doesn't have ankle rockers, but that's not true at all. She has the swivel/hinge ankles like Hasbro uses on Marvel Legends and Star Wars: The Black Series. I personally think they look better and function better than most styles of ankle. 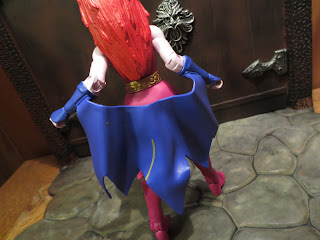 * Unfortunately, Crita has what may just very well be the worst design feature in any MOTUC figure ever: Her cloak. The cloak isn't at all attached to Crita's back. Instead, it's attached permanently to her forearms. What this means is that Crita can hardly raise her arms at all. This is way worse than the Sorceress and nearly ruins this figure for me. I mean, she's can even hold her wand up unless you put one hand behind her back. Just really poor work here, Matty. 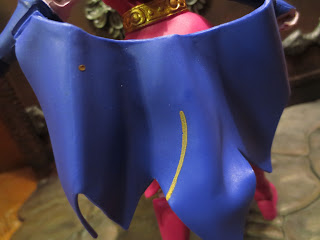 * Check out the slop on Crita's cloak! It's awful! I could totally let the little spot on the top pass, but that massive gold line? What's up with that? How did nobody notice that? Again, I already kind of hate this cloak and this is just more fuel for the fire. 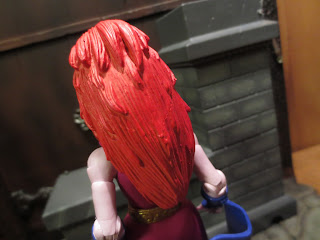 * I'm totally digging Crita's hair but it really could have used a darker wash to bring out all of the detail. 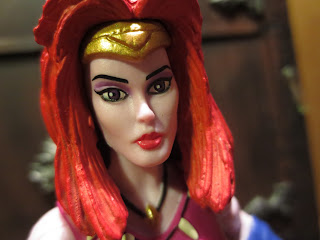 * Here's another close-up shot of Crita, so you can see how lovely her face is, but guess what? Looking back at the earlier shots of the figure, she seems to now be missing her earrings. What an odd thing to leave off as they are part of the cartoon model for Crita. Want to know another paint application that's missing? Here's a hint: You might as well call this "Party Crita!" 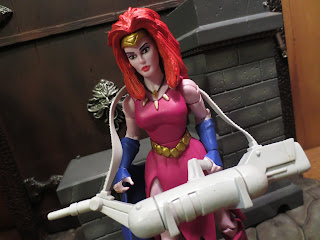 I've been looking forward to Crita for a long time and so it pains me that she's so insanely disappointing. The lack of a hair wash and the paint slop could have been just minor issues on a good figure but the design of her cloak limiting her arm movement almost completely? Terrible! Crita is absolutely an Eh and a 1/2 figure; unless you're a completest or a huge New Adventures fan, just stay away from her. There are dozens and dozens of amazing MOTUC figures, so don't bother picking up this one if you can. She is insanely flawed and I hate that! While Crita has a battle outfit, it's doubtful she's a character we'll ever see again due to the relative unpopularity of The New Adventures of He-Man. Sadly, this is the Crita we're stuck with and she can barely move her hands above her waist and is missing quite a few paint applications.


This is the first Crita figure ever released but if you're looking for more Masters of the Universe Classics reviews, check out: