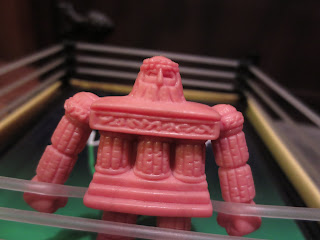 Today I'm looking at another figure from Mattel's M.U.S.C.L.E. line and it's a really cool guy shaped like the Parthenon! His name? Parthenon! Parthenon is a figure I don't recall having ever seen before. I just recently picked him up in a lot of minfigures and I think he's flipping fantastic! Based on the character Parthenon from the Kinnikuman manga and anime series, this guy is a 43 year old choujin from Greece who is the second in command of Team Zebra. Apparently he's also over 9 feet tall, is made entirely of actual sculptures designed to look like the famous Greek structure, and has pillars filled with methane gas. Man, I didn't think M.U.S.C.L.E. could be any crazier but I have to check out Kinnikuman! Let's take a closer look at Parthenon after the break... 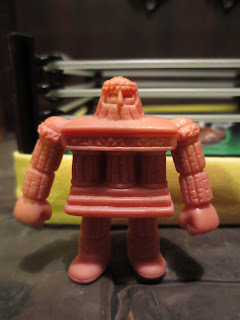 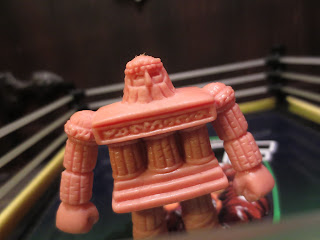 * This guy has an amazing sculpt! I love the look of the columns across his torso and on his arms and legs. Well, actually his arms and legs are made of columns. His head is really cool, too. It kind of looks like Ram-Man to me. The decorations on the top of the Parthenon chest piece are incredible as well. This guy is just darn fantastic! 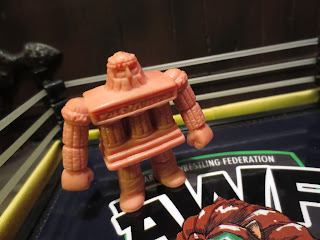 * Parthenon has a pretty neutral stance which, again, I always prefer for these guys. The M.U.S.C.L.E. guys that had more posed stances were always tougher to keep standing when I was a kid. This guy just looks like a real bruiser, kind of like the aforementioned Ram-Man or the Hulk. 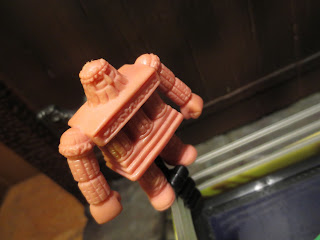 Pure Epic. Seriously, Parthenon is one of those figures that absolutely encapsulates so much of what I love about M.U.S.C.L.E.. While I know there's a whole story behind the toys, you can easily just look at each of these figures and start building your own crazy story. They're just so wonderfully bizarre and while I'm sure Kinnikuman fans have a deeper appreciation for them, there's something special about seeing these unusual creatures lurking around completely out of context. Again, this guy is pure Epic!