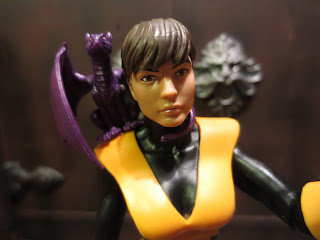 Today I'm looking at Kitty Pryde, the first figure I picked up from the most recent series of Marvel Legends figures that focuses on the X-Men. While Marvel Legends has really been on a roll over the past couple of years it seems that they're absolutely on fire now! People seem to be going nuts over this current series of X-Men figures and, whether that's because they've been starved for X-Men figures or because every figure in this set is a pretty popular and recognizable character, they're flying off shelves! I've been picking these up as I can find them and Kitty Pryde was the first one I tracked down. While Kitty Pryde has been made into a Marvel Legends figure before, it was 10 years ago by Toy Biz in the 2006 Giant Man series. Now Hasbro gets a crack at her! Kitty Pryde has had a pretty eventful past year or two with her involvement with Star-Lord and the Guardians of the Galaxy so she's an excellent addition to the series. Ready for a closer look? Then join me after the break... 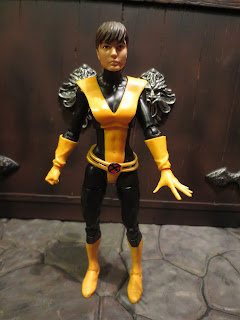 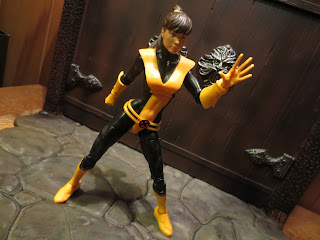 * I definitely think that Hasbro's Marvel Legends currently has the best female articulation of any mass-market toyline. Heck, I'm not sure I can think of any higher any 1/12th scale toylines that top them. Maybe DC Comics Icons but the price different isn't that much. The joints looks and feel quite natural and work great! I'm loving how many excellent poses these figures can take and how high the quality is! 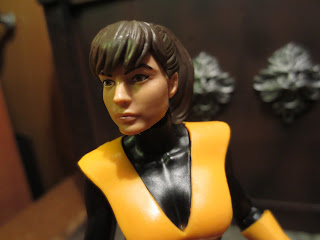 * Kitty Pryde has a gorgeous headsculpt. She's really quite pretty even though there's nothing insanely remarkable about her (you know, no crazy hairstyle, heavy makeup, etc.). I think that's a credit to the sculpt, though, as it seems fitting for the figure. Her torso is also unique with the raised flares on her yellow top. It has an almost vest-like appearance and looks really good. 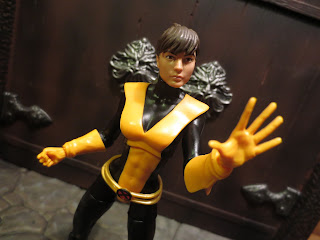 * While Kitty Pryde has a pretty standard X-Men outfit, there are some cool additions to the outfit such as the flared gloves and her "X" logo belt. It's a free-floating piece that rests over her hips. The paint is also quite clean, something that's always a feat when black and yellow are involved. 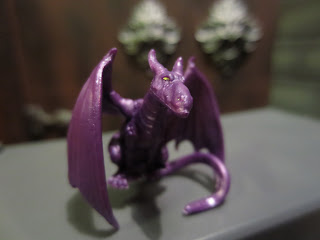 * Kitty comes with Lockheed, her alien dragon. Lockheed is molded in a rubbery purple plastic that's very shiny and vibrant. The sculpt is rather sharp for a small minifigure, actually. His tail is able to wrap around Kitty's neck so he can rest on her shoulder or wrap around her forearm/ elbow to sit on her arm. He's a fun, and necessary, little inclusion. 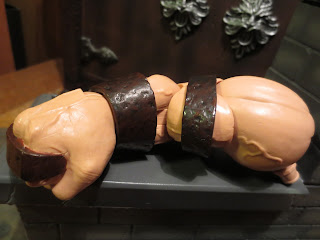 * Who is the person this arm belongs to?

Ahh, OK. That's settled, then. Yup, this is the Juggernaut's right arm. It's pretty large and features the iron bands which Juggernaut wears. I'm excited to build this guy and, if I do build him, he will be the first build-a-figure I've built from a series where I bought every figure (not trading or buying BAF parts separately) since Darkseid from DC Universe Classics Series 12. 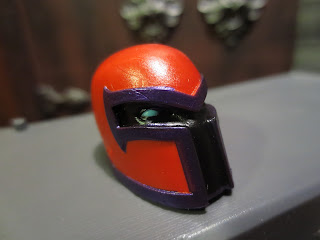 * What is another cool inclusion is this Magneto head. Unusually, it's not for the Juggernaut build-a-figure in this series: It's an additional piece for the Onslaught build-a-figure from the first Captain America series. It looks cool and makes an interesting prop even if you don't have the previous build-a-figure (which I don't). 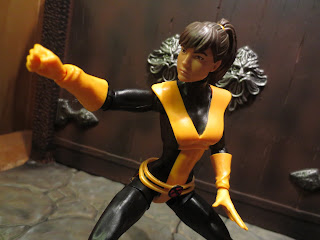 * My only negative with Kitty Pryde is that she's just kind of a duller figure compared to everyone else in the line. Maybe it's due to the fact that she has a mutant power that's difficult to convey in action figure form but she just isn't as exciting as you might expect. She's still a really, really good figure, but perhaps a bit underwhelming compared to a figure like Rogue, Cable, or Deadpool. Maybe an alternate head with her hair not in a ponytail or a hooded classic "Sprite" head would have been a cool inclusion. 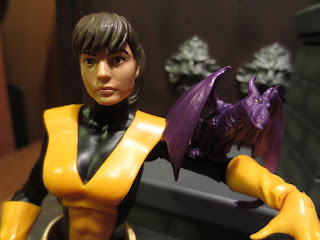 Hasbro is making some excellent figures in their Marvel Legends range and, while I'm a bigger DC fan, I can definitely say that they're schooling Mattel's efforts with that license. Things seem to be looking up for fans of 6 inch superheroes across the board, though, as both companies seem to be working to up their game. Kitty Pryde, AKA Shadowcat, Ariel, and Sprite, is a Great and a 1/2 figure and another strong Marvel Legend. She might be the least exciting figure in the series but considering who is in this series, that's not much of a negative. She's awesome!

I haven't reviewed any other figures of Kitty Pryde yet but I have reviewed plenty of other Marvel Legends figures, including: