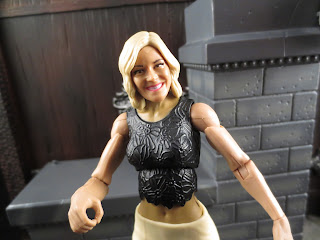 I've always loved toylines that release action figures of side or supporting characters. Yeah, you almost always get the main hero and antagonist, but how cool is it when a character who helps to make your toy universe seem more alive? Maybe they're not part of the action but their presence really helps to make a toyline feel complete. Renee Young is one of those figures. She's my second favorite commentator/interviewer for WWE right now (only behind Mauro Ranallo because that dude sells every freaking match he commentates) and I was thrilled to find out that Mattel was releasing a Renee Young action figure. As soon as I could track one down I ordered her. Well, let's let today's review be a bit of a lesson on why you shouldn't buy an action figure sight unseen. More details on this new WWE basic figure after the break... 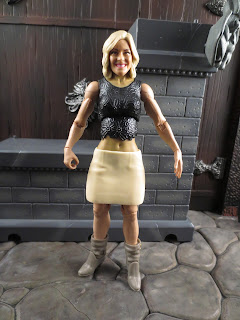 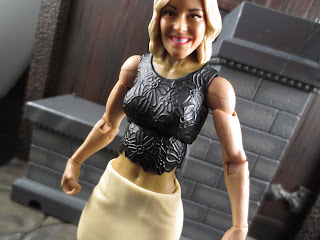 
*As far as I can tell, Renee's torso is a unique sculpt. I haven't see it before, anyways. It's actually textured with raised flowers (which is kind of weird for a shirt, to be honest) and the skirt is a separate soft plastic removable piece. The outfit looks pretty decent and while I can't place it exactly it absolutely looks like something Renee Young would wear. 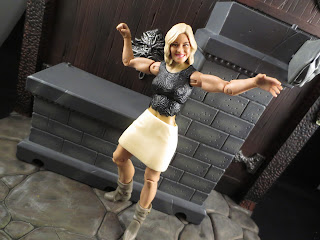 * Like the rest of the female figures in Mattel's WWE line, Renee features the Elite model articulation at a basic figure price. She's actually pretty mobile and looks like she could hold her own in the ring if need be. 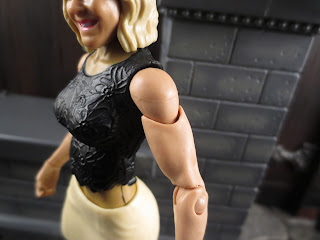 * Like so many of the other female figures in the WWE lines, Renee has the flimsy feeling biceps that drive me crazy! I don't know what it is but they always feel so bendy and gummy. No one wants to feel like their toy is in danger of breaking, you know? 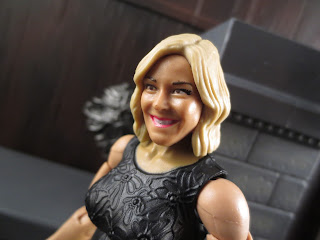 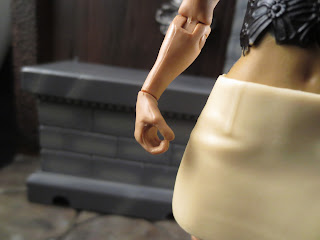 * So... Renee Young does interviews and commentating for WWE. Quick, think about the first thing you picture when you think of someone giving any kind of interview in wrestling! It's that big old school microphone with the WWE logo on it, isn't it? Yup! So, guess what Renee doesn't come with? A microphone. Yeah, that's really, really lame. I mean, it's her tool of the trade. I know she's a basic figure, but give her a darn microphone for crying out loud! 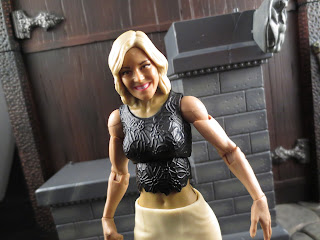 I have to say that this figure turned out to be a pretty big disappointment for me. I was really looking forward to Renee Young because, let's be honest, it's not like Mattel's going to produce dozens of versions of her yearly. While they definitely did some decent work on the body and she's as technically proficient as nearly any other female figure, headsculpt and lack of microphone are just terrible. I mean, this headsculpt really kind of creeps me out. There's something extremely unsettling about it that seems more like a Jokerized citizen of Gotham rather than one of the WWE's most attractive talents. I'm honestly pretty sure I had a nightmare last night where some woman who looked like this crept up behind me and tried to kill me in midsentence while I was writing a review about a Eh figure that you should probably ju