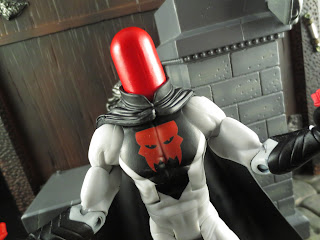 I'm just going to throw this out here: Out of all of the folks who have held the title of Robin, Jason Todd is my favorite character. He's without a doubt the most flawed but he's also had the most interesting character arc. It's crazy to think that up until just a few years ago if you wanted an action figure of Jason Todd, your only real choice was to pick up the Batman Returns Marlon Wayans painted white version of Robin that was based on early production work (the background sounded more like Jason Todd's than Dick Graysons') or pick up the Toy Fare exclusive Dick Grayson as Hush figure (who was actually Clayface in disguise). While I can't think of any 6-7 inch Jason Todd as Robin figure, there have been a few figures over the past couple of years from Red Hood and the Outlaws and Arkham Knight. Still, those had not yet been released when announced a Red Hood figure appearing in the second year of the DC Universe Signature Collection Club Infinite Earths, so it's pretty natural to imagine we'd get either Jason Todd in his most recognizable Red Hood garb: Brown leather jacket, body armor, and a form fitting red mask. Well, we got this costume instead. Now that I have a couple of decent Red Hoods on my shelf, I think I can appreciate this more than collectors who purchased this back when it was first released. This outfit appeared for a very brief period of time and was Jason's way of trying to create his own superhero brand to get under Bruce's skin. Ready for a closer look  at another Gotham vigilante? Then join me after the break... 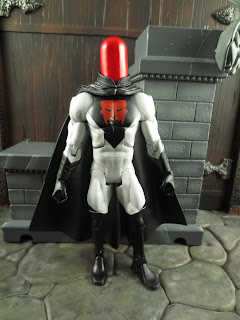 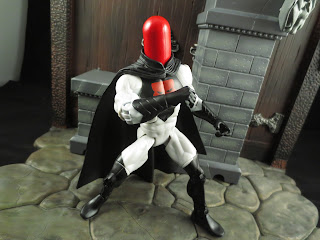 
* Newsflash! Red Hood is a pretty standard DCUC styled figure other than the addition of the cape. He's pretty well articulated and is definitely fun to play with. These feel quite durable and I've had no issues or concern with breakage problems. 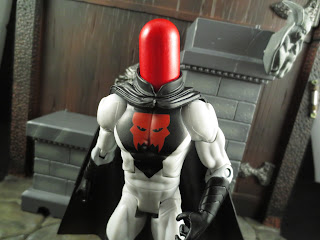 * While the body is rather simple with just a painted on outfit, the Red Hood helmet and cape combo does look really sharp. This looks so much like the outfit the Joker wore earlier in his career that I'm surprised Mattel hasn't reused the cape and dome yet to create a Red Hood version of the Joker. 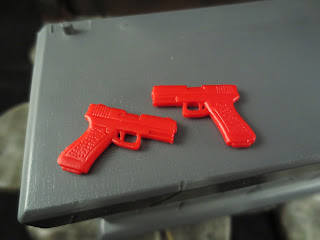 * To help him wage a war on crime the Red Hood comes with two pistols. I think these are simply recasts of the pistol that came with the Dark Knight Rises Gordon figure, but they work for the purposes of the figure here. 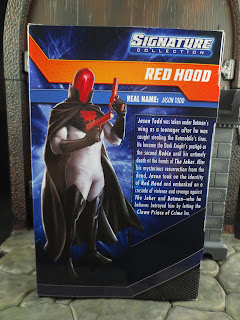 * Again, I just love to draw attention to the Mike Thompson artwork on the back of the package. This is a wicked sweet rendition of the Red Hood's original, less well known outfit. The DC Signature Collection uses collector friendly packaging which means that it not only looks nice but that it can also be opened and sealed again without damage to the package. 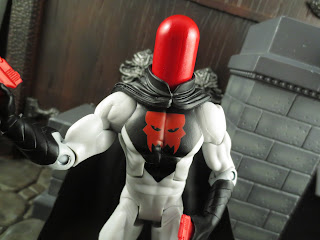 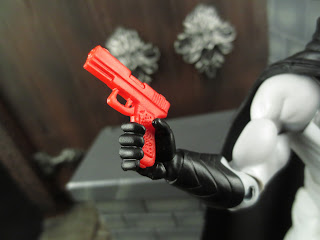 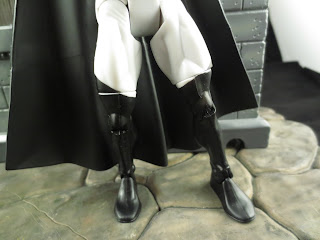 * Yikes! Those boots look pretty rough. They're simply painted on and the way they flare out right at the thigh swivel just does not look good at all. Plus, you can see the light gray plastic edges of the joints. This is another pretty big miss here. 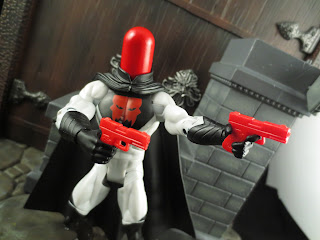 I'm a huge Jason Todd fan and I definitely like having such an obscure figure on my shelf. Still, this isn't the version of the Red Hood that anyone wanted. He's also not particularly well done. He's not atrocious but the weird boots and lack of a left handed pistol grip chip away at what seemed like an OK figure at best. At the end of the day, this guy simply squeaks by with an Eh and a 1/2 rating. Unless you're a huge Jason Todd fan, this guy can be skipped without any problem.