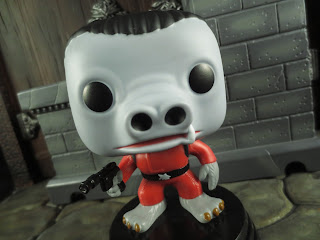 * Today I'm looking at the second exclusive POP! figure from the March 2015 Cantina themed Smuggler's Bounty mystery box: Red Snaggletooth. Well, I guess you could debate whether this is the second or the third exclusive as each crate includes either this figure or the rarer variant Blue Snaggletooth. Based on the character released in the vintage Kenner line in 1979 that had two very distinctive variants (short red Snaggletooth and tall blue Snaggletooth) Funko decided to pack these with a ratio of 1 blue Snaggletooth to every 5 cases, making this red version much more common. Ready for a closer look at this Snivvian patron of Chalmun's Cantina? Then join me after the break... 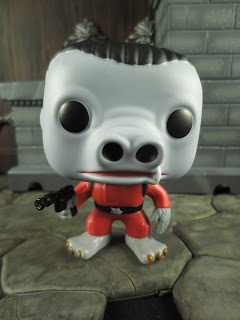 Non-Scalper Price:  $25 as part of the March 2015 Smuggler's Bounty crate which included one other POP!, a t-shirt, pencil w/ Chewbacca topper, Greedo patch, and a Figrin D'an enamel pin. 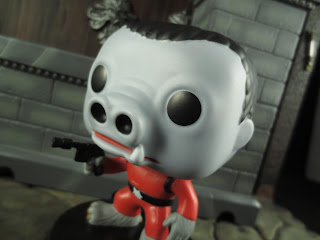 *Interestingly, Snaggletooth is one of those characters from the vintage Star Wars toyline that differed tremendously between the toy and the film. The head is a dead-on replica of the vintage toy and should awaken some nostalgia if you owned that little guy. He's really nicely detailed and absolutely recognizable. 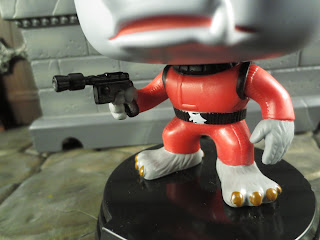 * Looking at Snaggletooth's outfit further reinforces that this POP! is not based upon the film appearance of the character but on the 1979 Kenner action figure. Besides the flight suit differing from the the film version's more tunic-like outfit and the very specific belt buckle, this version also has the furry, clawed feet and the DL-44 blaster pistol of the vintage toy. 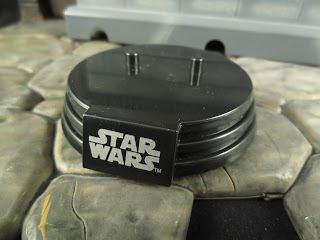 * Snaggletooth comes with a stand like the rest of the Star Wars POP! figures. Again, I love the look of this and also appreciate the fact that it is removable in case you really want uniformity across your POP! collection. My guess is that Funko includes these to help keep these standing since they're bobble-heads, which probably gets them around licensing agreements with Hasbro and other companies making "action figures." 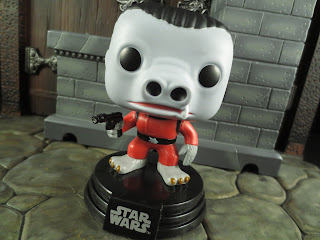 Snaggletooth isn't a bad POP! by any means but I definitely don't find him to be one of the most exciting, either. It is pretty cool to get a POP! that's clearly based off of one of the vintage Kenner toys, though. The paint and sculpt is nice and he's definitely a novel addition to the line. While I can think of many cantina patrons I would prefer over this guy, he's still a nice little novelty. He's a Good and a 1/2 POP! and a fun little guy to have around if for no other reason than as a curiosity piece.

I haven't reviewed any other figures of Takeel/ Snaggletooth on the site but I have reviewed a few other Star Wars POP! figures: