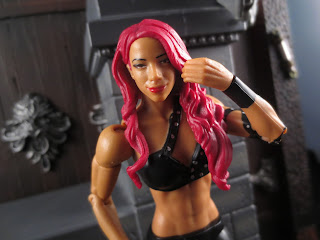 Today I'm checking out another figure from Mattel's WWE basic line: Sasha Banks! Sasha Banks has been hanging out in NXT since the end of 2012 but she finally made her WWE debut last summer as part of the Divas Revolution where she certainly began to make a mark as part of Team B.A.D.. This is the first Sasha Banks figure Mattel has released and I was amazed that I managed to find her at my local Wal-Mart a week or so ago! That place has been sitting on at least eight pegs filled with nothing but Elite 32 Daniel Bryans and Elite 34 Bad News Barrettss so getting anything new in is a pretty big deal. Ready to take a break from watching RAW to check out this Legit Boss in her action figuere debut? Then join me after the break... 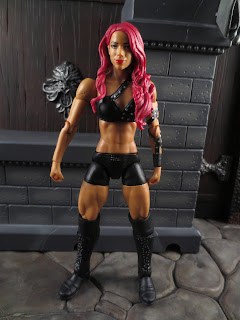 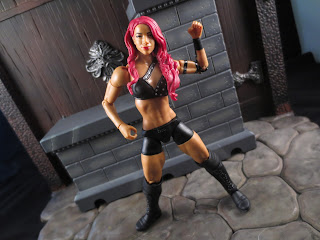 * Sasha Banks has some incredible articulation! She feels a bit sturdier, particularly in the biceps, than most other female figures in the line, and she can take some pretty great poses. I'm also really digging the range of motion in her mid-torso joint. I actually prefer this style of joint over the mid-torso hinge joints that the Elite male figures have. 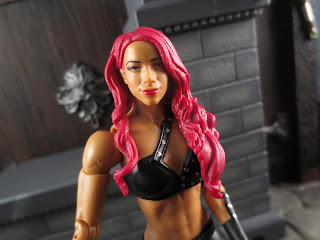 * This is a really good Sasha Banks headsculpt. i think Mattel nailed her likeness really, really well! She has a great, confident expression and some exceptional hair. I love the color choice here! While I love Becky Lynch and Paige more than Sasha Banks, I do appreciate that Sasha has such cool, colorful hair. For some reason she reminds me of Starfire! 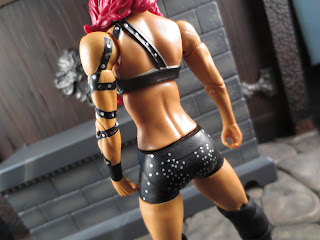 * The straps on Sasha's right arm are painted on (rather than being sculpted details) but they actually look pretty decent. I like the silver "sequins" painted on all over her trunks, too. This is a pretty nice looking outfit, particularly for a basic figure. 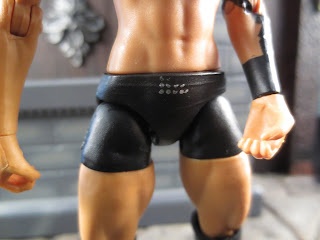 
* I think her wrestling trunks are supposed to have a larger pattern on them but my figure is a bit less bedazzled than others. That's just a quality control issue, plain and simple. 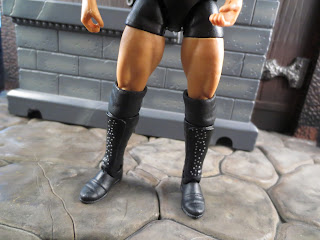 * Sasha Banks has a pretty slender build overall so I just don't think these super muscular thighs fit her. They also look like they're a bit too large for her hips. I'm not sure what happened here but hopefully Mattel will fix it someday when we get the inevitable Elite series Sasha Banks. 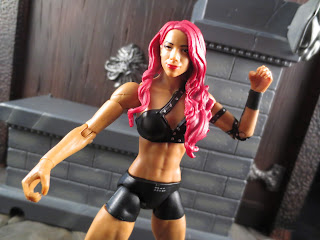 Mattel's female figures in the basic line are some of the best deals out there because they feature the Elite style articulation while only costing around half of the price. The female figures can be tough to find but let me assure you that Sasha Banks is absolutely one of the best basic women's division superstars released. The likeness is good, the paint work is pretty nice overall (other than my QC complaint with the trunks), and her articulation is actually improved from other figures. She's a Great addition to the collection and a solid figure.


Since this is the first Sasha Banks figure in the line, I couldn't have possibly reviewed any others! I have reviewed plenty of other WWE figures from Mattel, though, including: