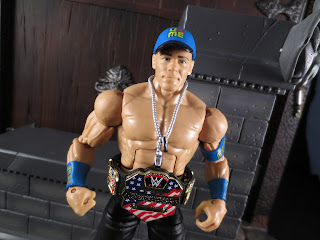 Well, I finally bought a John Cena figure. Admittedly I'm not a big Cena fan and I tend to cheer against him, but like him or hate him you have to admit that the guy puts on some awesome matches, has some mad mike skills, and genuinely seems like a pretty cool guy. Of course, the kiddos love him and thus Mattel has pretty much flooded the basic line with John Cena figures (they've been a bit more restrained in the Elite line) so it takes something special to make a Cena figure stand out. For me, the presence of the awesome United States Championship was the carrot that caused me to seek this figure out. It didn't hurt that I found him on an Amazon warehouse sale, either. Ready to take a look at the face that runs this place? Then join me after the break... 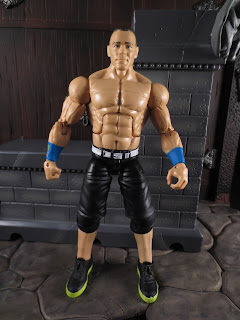 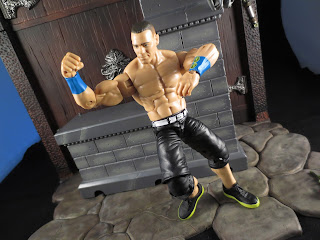 *  I totally repeat myself on these WWE Elite figures but it's just the truth: These are durable, well constructed, well articulated action figures. Honestly, I wish Mattel would opt to use this style of articulation on their DC comics figures. I like it way more than the standard DC Universe Classics articulation. 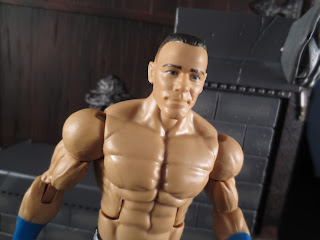 * Could this be anyone other than John Cena? Seriously, Mattel did a pretty good job with that likeness. 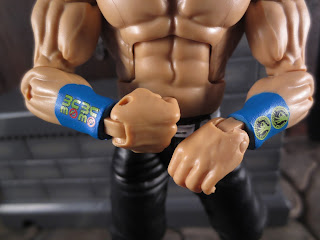 * Mattel always does a nice job with printing on these whether it's on tattoos or clothing. Cena doesn't have any tattoos but he does have some of his signature slogans on his wrist bands. The printing is clear and entirely legible. Really top notch work here. 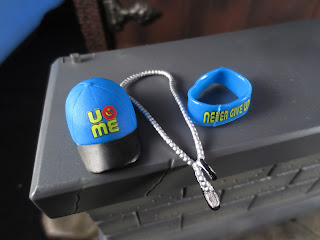 * John Cena comes with a fair amount of accessories to deck out the figure. Besides his championship title, Cena comes with a ball cap, a set of dog tags, and an arm band, all of which have some cool paint applications and printing. The hat and arm band both have some Cena-riffic slogans on them ("U Can't C Me" and "Never Give Up") while the dog tags actually have painted silencers on the ends. That's a pretty cool little detail if you ask me. 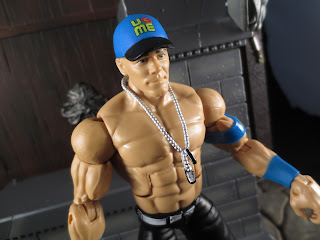 * What's even better is that Cena's stuff actually looks really good on him. Sometimes extra stuff like this looks out of scale or awkward, but here it's just quite seamless. 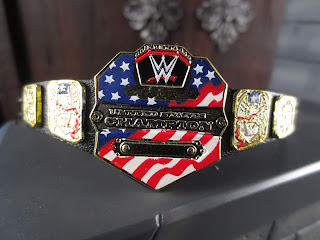 * Here's the United States Championship and my gosh is it nice! This is one of the belts with the vac-metal hard plastic panels rather than the newer all rubber belts we've seen included with a few figures. I really do think this might be the best looking strap in this scale. 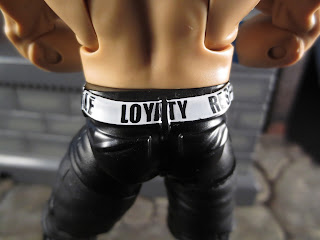 *Husle, Loyaty, and Respct. Well, that's what you'd think Cena stands for if you look at his belt. I totally get that Mattel was trying to capture the way the belt loops cover up some of the writing but it just didn't work out quite right and it kind of throws me off a bit. 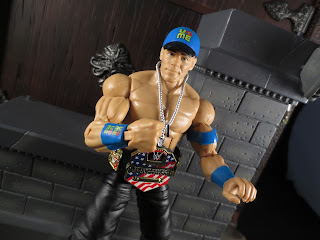 John Cena is technically a 2015 release and I have to say that he's a pretty impressive figure. While 2015 was already an impressive year for WWE Elite figures (they did make my top 10 toylines of 2015) Cena would have been another feather in their proverbial cap. He's a Great and a 1/2 figure and whether you're a Cena fan or just buying this to have him face off against the upcoming Elite Kevin Owns, you should be quite pleased.

I haven't reviewed any other John Cena figures but I have reviewed plenty of other WWE figures from Mattel including: