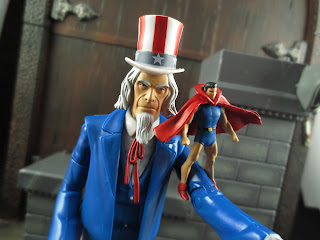 Last month I completed a trade with someone at The Fwoosh and found myself the proud owner of 12 new figures: All 6 of Mattel's Watchmen figures and 6 figures from the DC Universe Signature Collection series. Today is the last figure I'm reviewing from that trade and it's another odd, semi-mystical character from the DC Universe: Uncle Sam! Well, technically this is a two-pack because Doll Man also gets billing on the package. Whether you want this figure because you're a fan of the DC Comics character or just a big fan of the United States of America and apple pie, Uncle Sam definitely doesn't disappoint! Let's talk more about him after the break... 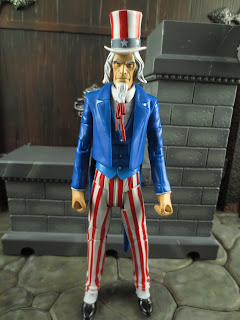 Height: 7 inches (including his hat).

Accessories: None (Since Doll Man gets his own billing on the package, I'm counting him as a separate figure). 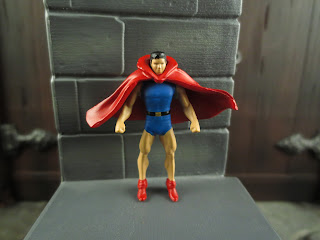 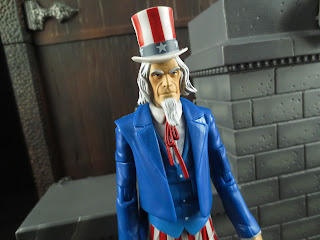 * I think Mattel nailed Uncle Sam here. While the body is a clever reuse from Joker and Gentlemen Ghost, it absolutely works. This guy definitely is imbued with the spirit of 1776! That headsculpt is just awesome as he looks both fatherly and really stern. I would hate to be someone who hated America if this guy were around. 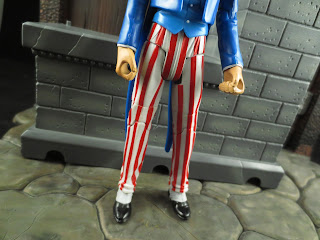 * Are his red and white striped pants not incredible? Not only are they incredibly bright and patriotic but they're also extremely easy to care for. You can wash these pants in hot water if you'd like. Know why? Because these colors don't run! 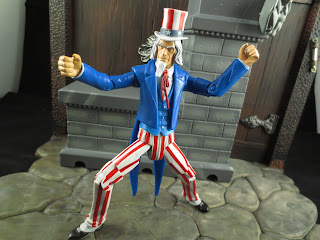 * Uncle Sam is still pretty spry and mobile for an old guy. Seriously, he's quite well articulated and is really a fun figure just to pose and play around with. He feels really durable and sturdy. Just like America. 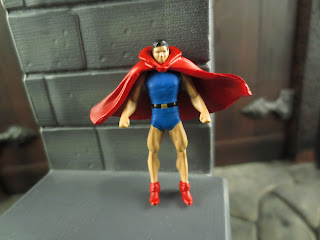 * For being such a small figure, Doll Man really has a very nice and neat paint job. Even his little belt buckle is pretty clean for a figure that's an inch and a half tall. I'm not terribly familiar with the character so I find him to be more fun as an in scale action figure for other action figures, but I'm sure Doll Man has fans and I hope they were pleased by this released. I mean someone somewhere was clamoring for this guy, right? 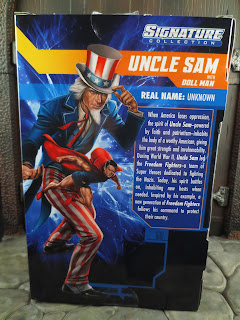 * I don't typically talk much about packaging but A.: This packaging really is easily reusable for storing figures and B.: It has some pretty nice artwork from artist Mike Thompson on the back and the side. It's always great to see some cool images of the characters you're buying toys of and DC Universe Signature Collection totally nailed that concept. I dig the inclusion of a decent bio, too! 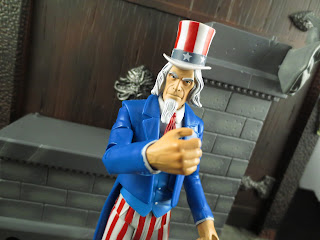 * Uncle Sam has two gripping hands but I really think Mattel missed out on the opportunity to give him a pointing index finger hand. How cool if he could assume the famous "I want you!" pose? 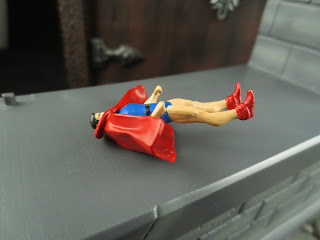 * So that cool cape that Doll Man has that's flared out? It doesn't help him to stand at all. In fact, it keeps him from being able to stand upright. This guy can not stand on his own at all. That's kind of a shame. You'll have to lean him up against something or have another character hold him. 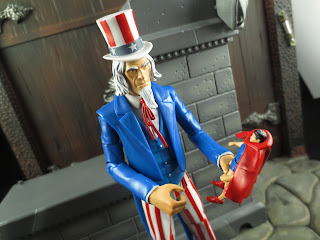 Uncle Sam was one of those odd figures I kind of asked to be tacked on to a trade to even things out and guess what? It turns out that I really like him. Mattel did an excellent job with him and he's the perfect oddball, classic character that works so well in the DC Universe Classics line. It's a shame the Signature Collection didn't get another year, but I guess I'm partially to blame for that since I never subscribed to the Club Infinite Earths sub that Mattel sold these through. Still, pick this guy up if you can. He's a Great and a 1/2 figure who will make you feel that much more patriotic. Since he arrived in my home I've had an increasing desire to ear hamburgers, watch Rocky IV, and listen to Toby Keith. Bizarre, huh?


I've reviewed a few other figures from the DC Universe Signature Collection, including: