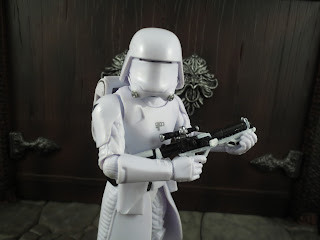 Ready for an insanely short review today? Well, that's what you're going to get as I look at the First Order Snowtrooper from The Force Awakens. Want to know why this review is so short. Well, basically Hasbro already released this same figure last year with an extra orange pauldron as the First Order Snowtrooper Officer. It was a Toys R' Us exclusive that was released a few months ahead of this figure. It turns out that all you really need to turn a basic Snowtrooper into an officer is the extra pauldron, so this guy is the same figure some of us already own, just with one fewer accessory. Still, that is accurate to the film so it's tough to knock Hasbro's decision to release both figures even though they're both exactly the same. For a fully detailed review of this figure, check out the older review. To see a few pictures of this version and some thoughts on it, continue on after the break... 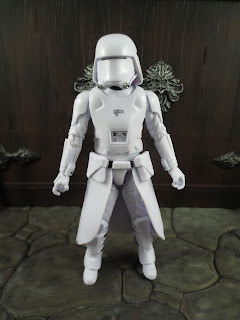 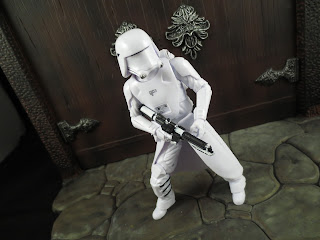 Again, here's the link to the review of the First Order Snowtrooper Officer since this is the exact same figure without the reddish-orange pauldron. 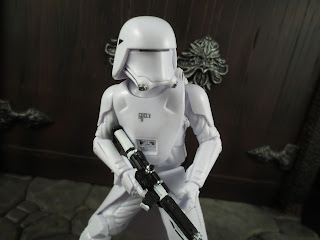 Had this figure been released prior to the Snowtrooper Commander, I doubt it would have seemed like a big deal that the commander came with an extra accessory. Getting just the Snowtrooper afterwards, though, does seem a but odd. Same figure; less accessories. I wish Hasbro would have included something extra like the cool binoculars that come with the Hot Toys 2-pack, but they didn't. The Snowtrooper is still a Great figure, but if you're going with one version, grab the commander instead.

I've reviewed a number of Imperial and First Order Stormtroopers on this site, including: