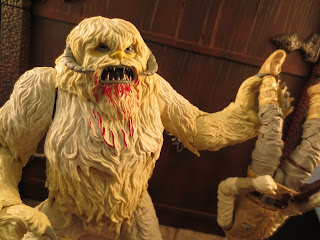 As I'm writing this review it is really cold outside. Really cold! I guess that's the perfect time to write about Wampas, huh? Today I'm looking at one of the two packs from Phase II of Star Wars: The Black Series: Luke Skywalker and Wampa! Yup, Luke decked out in the cold weather gear he wore on Hoth has been packaged together with the Wampa who scarred his face, ate his Tauntaun, and hung him upside down in a block of ice. That sounds like a great arrangement for Luke, huh? Of course, the Wampa is packaged with the guy who cut off his arm, so it's not like this arrangement worked out too well for either character. Let's take a closer look at these two, shall we? Join me after the break... 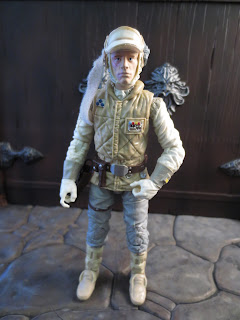 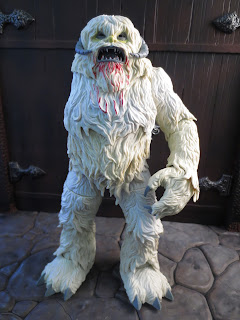 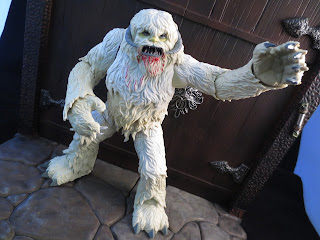 *The Wampa is without a doubt a very sturdy and durable figure. He also has a decent amount of articulation, which is great as monsters are always really fun to pose. He has a two different joints on his torso which allows for a good range of subtle motion. He's much more dynamic than the Wampa from the original release of the film, that's for sure. 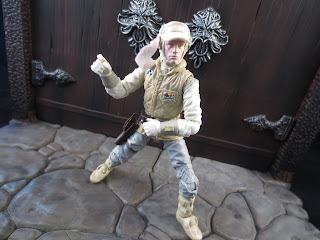 * Luke is also well articulated and features most of the joints seen on nearly every other Star Wars: The Black Series figure. Considering that this is a guy in heavy winter clothes, he moves pretty well. Luke is a ton of fun to pose, particularly since he includes both a blaster and a lightsaber. He also feels extremely durable and thus you can play with and pose him without fear of breakage! 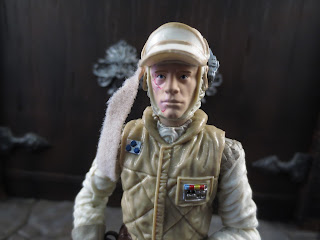 * This is a pretty good Luke Skywalker headsculpt! While it's a but glum (almost getting eaten by a Wampa will do that to you) it definitely looks like Mark Hamill. I'd say it's not as good of a likeness as the Stormtrooper disguise and X-Wing Pilot Lukes, but it's far better than either the Jedi or Bespin Lukes. Luke's scarf/ face wrap is made from fabric and thus can hang in different directions. You know, like when he's hanging upside down in the Wampa's ice cave. 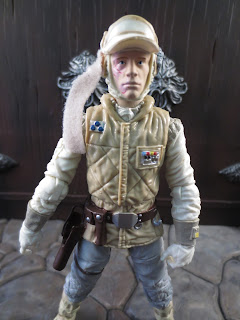 * The rest of Luke looks pretty slick, too. His vest has an appropriate quilted texture and also looks just a bit bulky, which I imagine something warm worn on Hoth would. The insignia's on his outfit are accurate and quite neat looking, too, especially for the scale. 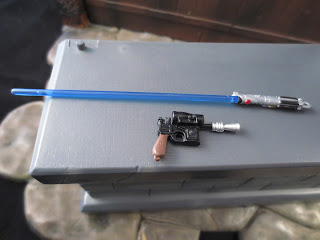 * Luke comes with two accessories: Anakin's lightsaber and a DL-44 heavy blaster pistol. These are the same accessories that were included with the Bespin and X-Wing Luke figures as well, and they function the same way here. The pistol looks nice and fits snugly in Luke's right pistol gripping hand while the lightsaber features a removable blade and can fit securely in the left hand. Some binoculars would have been nice, too, but these give Luke something to defend himself with. 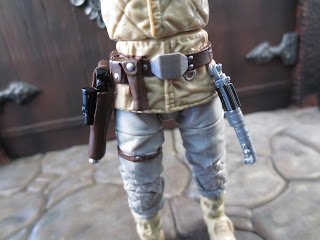 * Not only do Luke's accessories look cool on their own, but they also can be stored nicely on his belt. The blaster pistol tucks right into the holster on his right while the lightsaber hangs on the small hook on his left.  I love when a figure can carry all of their accessories like this! 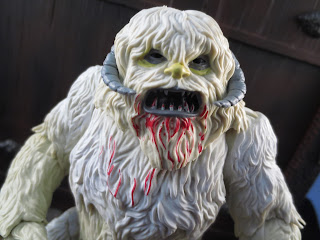 * This figure clearly captures the likeness of the Wampa after he was already feasting on a Tauntaun since there's blood dripping down his mouth and onto his chest. He's a pretty fearsome looking creature and nicely matches what is seen on screen in The Empire Strikes Back. 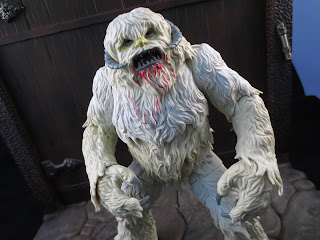 * The rest of the Wampa is pretty incredible, too. He's really, really hefty and bulk with a nice, detailed fur sculpt. Like Chewbacca, the Wampa's joints are hidden by all of his fur. He's a great, fearsome looking toy. Other than the Micro Machines, Action Fleet, and Star Wars Buddies Wampas, this is the first Wampa I've owned since picking up the original 1980 Wampa toy at an antique shop in the mid 90s. 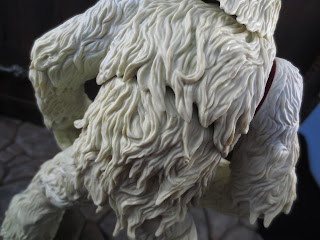 * Here's a close-up shot of the Wampa's fur. Not only is it a nice sculpt but you can see the subtle shading on the fur. The Wampa is a mixture of white, whitish gray, and a dirty yellow, and Hasbro did a pretty good job of capturing that here. 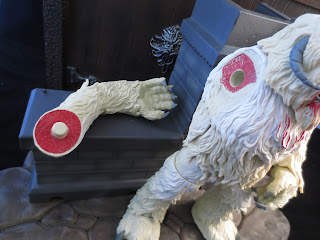 * I do like the fact that the Wampa has a removable arm, but I don't like that it means this guy only has a swivel joint at his right shoulder. I always want to pose my Wampa with both arms up and out, like an attacking bear, but I'm always disappointed when I remember that a swivel join just can't do that. 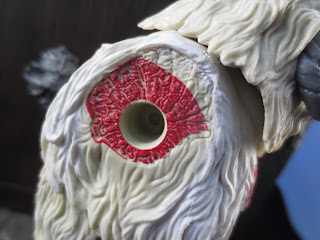 * When you remove the Wampa's arm there is a very simplistic "bloody" paint application to show where his arm was severed. Doesn't it make sense, though, that all of the gory muscle and flesh that's sculpted here would be painted read? Whoever was painting my figure must have ran out of red paint 3/4ths of the way through. 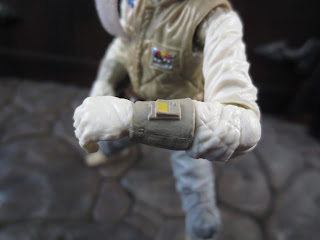 * Oddly enough, Luke does not have swivel/hinge wrist joints; only swivels. Weird, huh? As far as I can tell, Luke might be the only figure to have swivel wrists. Not sure why the decision was made here to do this. The gloves look good, though. 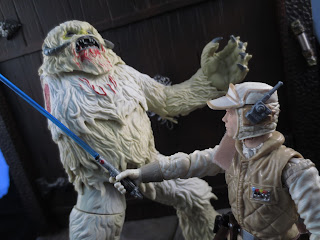 Considering that Black Series figures are typically $20 dollars each, getting both Luke and the oversized Wampa for $40 isn't bad at all. Despite a few small problems, both of these are really good figures in this series. The Wampa is just a really fun, chunky toy and I'm glad I picked him up. Honestly, the biggest problem I have with this set is that I wish it had come with an alternate head or an extra set of goggles for Luke. That seems like a no brainer, especially considering the Vintage Collection figure had that feature for the most part. Otherwise, this is a Great and a 1/2 set.