Minifigure Review: Olimar from World of Nintendo by Jakks Pacific 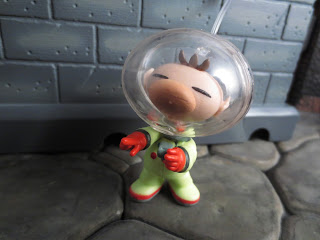 Ready for a look at another figure from the 2.5 inch scaled World of Nintedo line that works pretty well with the larger 4 inch series of figures? Then let me to introduce you to Captain Olimar. First introduced in Pikmin for the Nintendo GameCube, Olimar is the diminutive Hocation captain of the S. S. Dolphin who crash lands on the "Mysterious Planet" and ends up discovering the Pikmin. He's a teeny, tiny little guy, so maybe this figure is actually too large to be truly in scale with the other World of Nintendo figures but the smaller scale does work. Olimar adds some nice size diversity to your World of Nintendo roster and I was thrilled to find him just last week at a Walgreens that had just stocked quite a few of the earlier series 1-3 figures. Ready for a closer look? Then join me after the break... 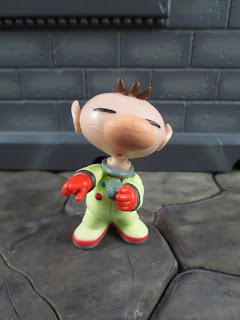 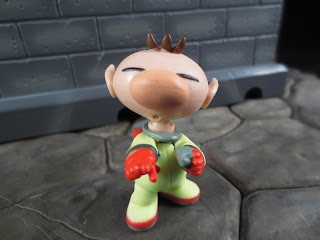 * I really like how Jakks captured Olimar's likeness. They managed to capture the simplicity of the character design while still making him a fun, interesting figure. Part of that might be due to the pose they chose which depicts Olimar directing the Pikmin. 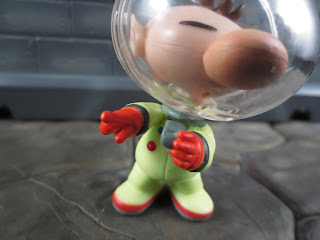 * Hey! He even has his little whistle and a hole in his bubble helmet so he can use it! I really like this little detail as the whistle is a key accessory for Olimar. It's not removable or anything but it does look really cool with him. 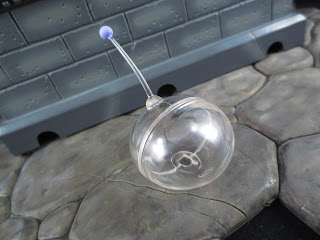 * I love the retro space look and feel of Captain Olimar's helmet. It's a two piece bubble that fits over his head and offers a clear 360 degree view of his head sculpt. It matches his in-game look very nicely and adds a lot of character to the figure. 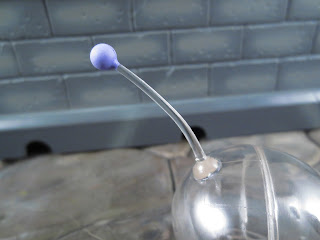 
* Be careful with the little plastic antenna on Olimar's helmet! It seems like it could be very fragile and could potentially break if Olimar fell or was mishandled roughly. 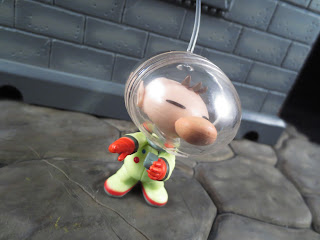 * I know I mentioned that I like the removable helmet, but it really is hard to keep it on Olimar's head once you remove it. The seal isn't tight and it tends to fall off. I'm honestly wondering if a simple piece of clear tape might help to keep the helmet sealed. 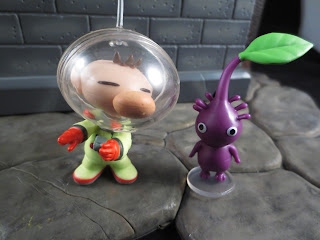 I was ecstatic to find Olimar at my local Walgreens last week, particularly when he's an older and more desirable figure. Since Olimar is a naturally smaller character, his smaller size in the 2.5 inch line meshes well with the larger characters of the 4 inch line. While it's a but frustrating that the bubble helmet can be loose, a little scotch tape can solve that problem. Olimar is a fun little figure, particularly considering Pikmin is a property that doesn't typically get much love, and he's a Good and a 1/2 addition to this line.