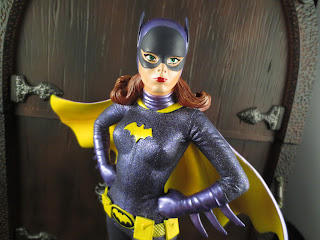 It has been a couple of years since the now late Yvonne Craig worked out a likeness and merchandising with Warner Brothers but we're just now seeing the influx of product based on her portrayal of Batgirl hitting the market. So far 2016 has been an insane year for Batgirl collecting as there have been a number of higher end statues released, the DC Super Hero Girls line from Mattel, and lots of upcoming product from DC Collectibles, and today I'm looking at one of those higher end pieces: Batgirl from Diamond Select Toys' Batman Classic TV Series Premier Collection. Diamond is putting out quite a bit of product from the 1966 TV series but this is their first attempt at Craig's portrayal of Batgirl. They've certainly brought the A-team, however, with Clayburn Moore as the sculptor. Check out my review of this statue after the break... 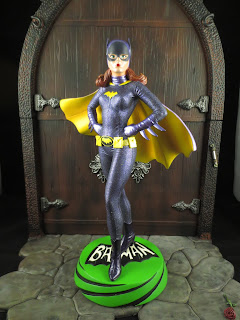 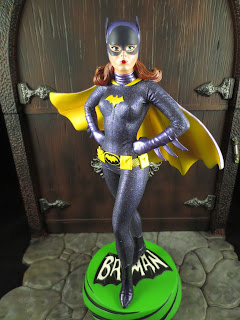 * Here's another shot of the statue from a slightly different angle. As you can see, this statue really has a nice presence. It's in about a 1/6th scale for those interested in displaying it along other 1966 Batman products. 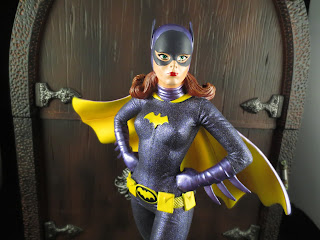 * With a bold pose and the dynamic look of the cape, Moore did a good job of capturing Yvonne Craig's empowered portrayal of Barbara Gordon. There's a strong, defiant look here that I really appreciate. I think the hands on her hips pose definitely contributes to that feeling. This seems to be the pose that Moore was trying to capture, so it has it's basis on actual publicity photos of Craig in the costume. 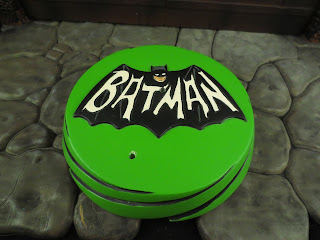 * What a great design for the base! It's bright, green, and funky, just like the 1966 Batman TV series. I love that Batman symbol (it's actually sculpted and not just a paint app) and how the black indentations on the sides spiral down to the bottom of the stand. It's quite heavy and offers some great support for the statue. 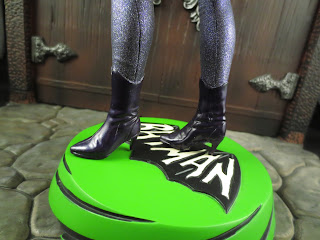 * Babs has metal posts coming out of the bottoms of her feet which plug firmly into the base. She seems to stand pretty firmly. Her boots look great too. They have a very different texture and paint deco than her jumpsuit which helps them to stand out and prevents the statue from having one color of purple dominate. 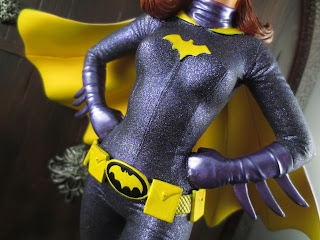 * Not only do the belt and the bat emblem look great but the entire body suit has a sparkly appearance to it. The entire suit has a rough, slightly grainy texture to it that helps to enhance the glittery effect. 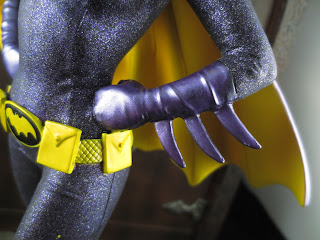 * Like with the boots, you can see that the gloves also have a separate texture and paint color from the bodysuit. 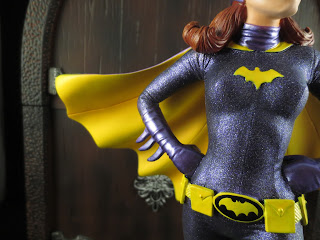 * Here's a picture of the cape.I love how it looks like it's in motion. It's much better than many sculpted capes without looking like it has a life of it's own and being overly dramatic. It definitely matches what we see in many of the familiar press photos ABC used to promote the character. 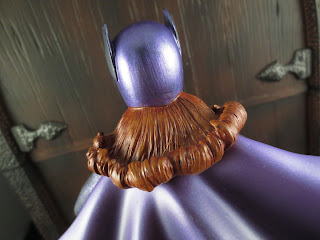 * The hair looks pretty good, too. It looks a bit too brown in this picture but I assure you that it is actually a deep red. There's a pretty good paint wash effect here to give it a more realistic appearance, too. 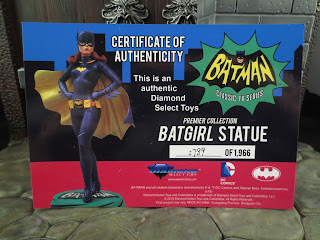 * I like that Diamond includes a certificate of authenticity with the statue. It's certainly not a real "make it or break it" kind of thing but I do appreciate it. Of course, it's also written on the bottom of the statue, but who wants to flip a statue over every time they want to check their number, right? Mine is number 0789 of 1,966, which is actually a far more limited of a run than most items released by DC Collectibles and Sideshow. And, of course, it also references that this is from the 1966 TV series. Cute. 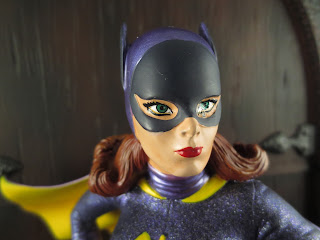 * There is quite a bit about the headsculpt that I like. First, I really dig the eyes. I also think the nose and the lips are pretty spot on, too. The cowl and ears look good, but that's to be expected; how could you mess those up? 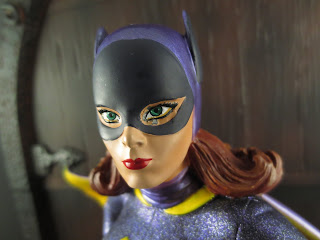 * Look closely and you can see that my Batgirl has a weird paint problem with her left eye. At first I thought this was a tear drop tattoo and that Babs had killed someone or was doing time but it turns out it's just a paint problem. This was really disappointing, particularly for a higher end statue like this. I probably could repaint this, though, which I just may. 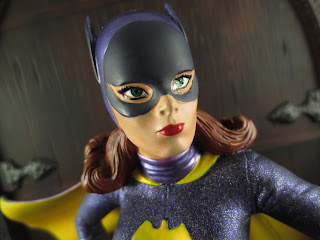 * There are definitely some angles where the likeness is a bit off. I think it might be the shape of the chin, although it can be tough to tell since Moore was trying to capture Batgirl with a particular facial expression. There's also a bit of paint slop around the sides of the mask which, again, is definitely not welcome on a higher end statue. 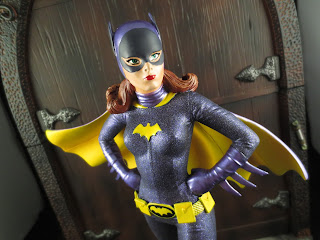 From the neck down this is a fantastic statue of Batgirl. The head is where the problems lie, however, and the biggest ones are related to some sloppy paint work. The paint on the eye really aggravates me as the eyes are obviously supposed to be one of the focal points on the statue. To have them messed up was a big blow. I don't imagine this is a problem with every statue in the line but it definitely has brought my enthusiasm down a bit. Overall, this statue gets a Good and a 1/2 rating from me. If you get a statue with better paint work you could easily jump that rating up a bit. The sculpt is excellent; it just needs that paintwork to be up to the same level. She still looks pretty impressive on the shelf, though, so that provides some consolation.


I really am striving to have the best Batgirl collection around! You can see all of my reviews here (although it's certainly not everything I own). The collection continues to grow and I really need to update the pictures, there.
Posted by Barbecue17 at 3/22/2016