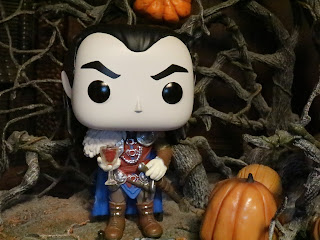 I don't think we've had any vampires as part of 31 Days of Toy Terror X yet, have we? We've had a Slebetor Slug-man who drains energy, but no vampires. Let's fix that. How about we take a look at the Funko POP! vinyl of Count Strahd von Zarovich, one of the most well known villains in Dungeons & Dragons. The lord of Barovia, Count Strah rules from the ancient and haunted Castle Ravenloft. I've long been wanting to play the 5th Edition Curse of Strahd module and having this POP! version of Strahd in hand gets me even more excited to do so. Maybe I need to plan a nice January/ February D&D series with some friends. Strahd was released last year as a GameStop exclusive and I actually managed to pick him up last month on sale. There have been a handful of Dungeons and Dragons POP! vinyls released over the past few years and some of them have managed to become quite popular. Will Strahd's popularity surge as well? Will the 5th season of Stranger Things have a character called Strahd? Who knows? What I do know is that we've got this cool POP! to check out, so let's kick off a look at this bloodsucker after the break... 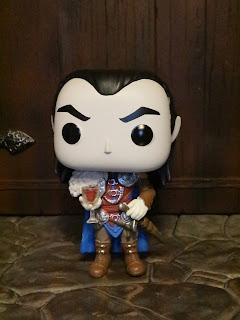 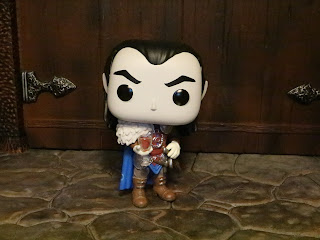 * Like most other POP! vinyls, Strahd is a slightly pre-posed figure with a swivel head. It's not much in the way of articulation but it ensures that he stands well and allows you to add a little nuance to how you display him. I like the way he's just kind of chilling with a glass of blood in one hand and his other hand resting on the hilt of his sword. Casual menace right here. 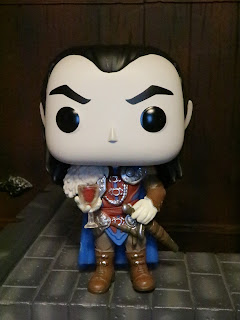 * The sculpt and paint work is really nice here, particularly on Strahd's armor. This looks to be based on his 5th Edition appearances, particularly his comic appearance in the Shadows of the Vampire miniseries. There's a lot of ornate work on his tunic, boots, and the various armored bits and chains hanging off of him. He's quite impressive. 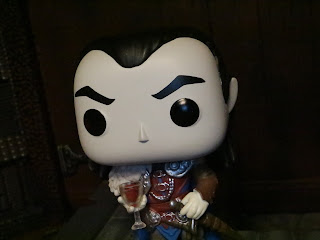 * Strahd has longer, slicked back raven black hair, a widows peak, grayish skin, and pointy eyebrows. It's a very classic vampire look and it's captured well in the typical Funko style. 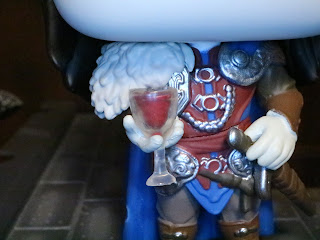 * I love the little glass of blood that Strahd's drinking. It's just so casual. He's even holding it all classy like. 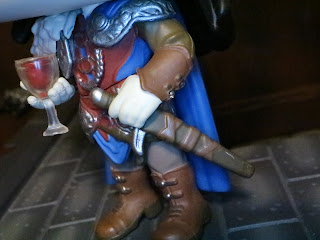 * His sword is sheathed but it looks to be a separate piece attached to his hip. He's kind of holding it as a casual threat, although I imagine his dark magic is far more powerful than any sword could be. 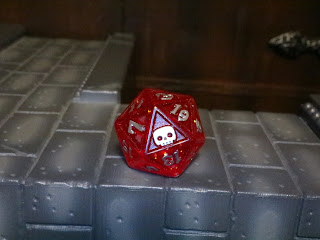 * Some of the Dungeons & Dragons POP! vinyls come with a unique D20 as an add in. Strahd's D20 is translucent blood red with silver numbers. Instead of a 20 there's the stylized ampersand (&) and instead of a 1 there is a small skull. It's pretty neat to include one of these as it's such an iconic part of the brand and it does offer something useful to fans of the game. 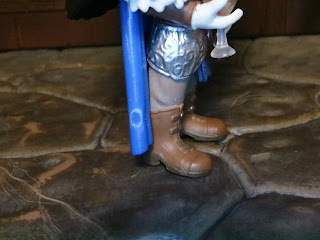 * My only complaint about Strahd is that his blue cape has some weird molding spots on it. It just makes him look a bit less regal, you know? 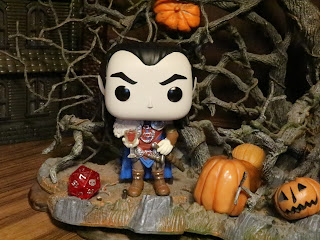 Strahd isn't the most recognizable POP! vinyl you could put on your shelf but he's cool if you know who he is or if you just want a classy vampire hanging around. He was a bit more than your average POP! vinyl, probably due to being a GameStop exclusive, but the inclusion of the dice and the fairly detailed outfit do help to make him feel a bit more involved than so many other POP! vinyls. I'd give him a Good and a 1/2. While he doesn't seem to be in stock anymore on GameStop's website, you might just find him in store still. Perhaps even at a discount so you don't have to break the (blood)bank snagging him.