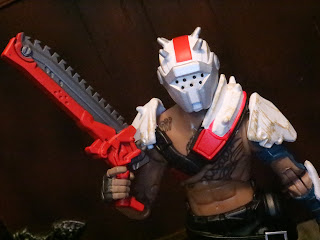 It's time for another review from Jazwares' Fortnite: Legendary Series and this time it's the X-Lord in his Scavenger outfit! From what I can tell, X-Lord is a newer version of Rust Lord who first appeared in Season X/ Season 10, so he's actually a variant or upgrade of that previously released figure who is one of my favorites in the line. X-Lord (Scavenger) may very well be another of my favorites, too, as he has a fantastic post-apocalyptic look that makes him oh so versatile. The Scavenger X-Lord looks like he could easily fit in to the Mad Max universe or perhaps even in the Borderlands universe. Pair him up with Junkrat from Overwatch! Add the first Dreadnok to your G.I. Joe Classified Series roster! Heck, he could even be a bounty hunter in the Star Wars galaxy as well. He's a fun figure with some great accessories! Let's check out the X-Lord (Scavenger) after the break... 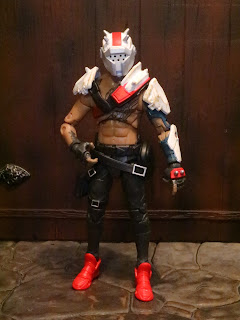 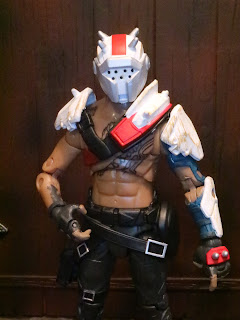 * X-Lord's Scavenger outfit is pretty cool. While he's running around shirtless he's covered in bits and pieces of armor. The armor is all attached to the harness across his chest. It's a separate piece but not really removable unless you take off the figure's head (which isn't easily removable here). I love the bits and pieces of random armor as it gives X-Lord a very thrown together appearance. He also has a couple belts around hiss waist that are carrying some pouches for all of the nasty gear you know he just totes around. 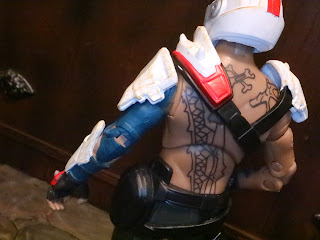 * Check out X-Lord's tattoos! They're pretty nicely done and they cover his upper torso. Jazwares really seems to be upping the detail on some of their figures which is awesome, particularly considering they nearly all use unique sculpts. 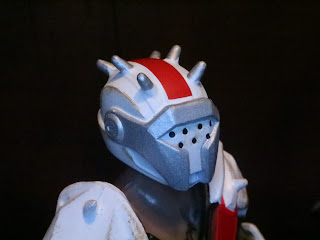 * X-Lord's helmet is quite cool. While it's similar to Rust Lord's helmet, the face mask is shaped differently and the spikes on top of the helmet are a good bit longer. Of course, the helmet is also red and white rather than green and white, which better matches the Scavenger armor of X-Lord. 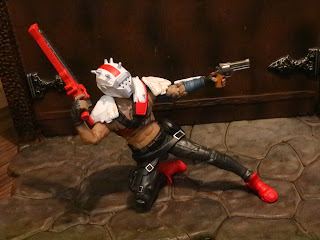 * X-Lord has fantastic articulation. He honestly feels like one of the most well articulated figures in the entire Fortnite: Legendary Series line. It's not that he has any extra points of articulation but that it all seems to work so well. Heck, even his hinged hands work quite nicely, something that's been a real problem with most other figures in the line. 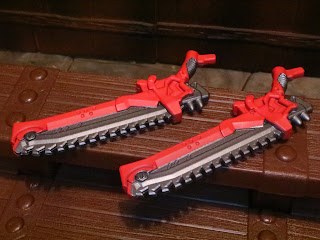 * X-Lord comes with two Fang Saws which look like chainsaw swords. They're amazing. I repeat: They are amazing! The paintwork, the sculpt, the concept; absolutely incredible! These are some of the coolest accessories I've seen this year! There are different colors for the Fang Saws in the game but these ones are the Crimson saws you get when you reach Level 15 in Season X. Groovy. 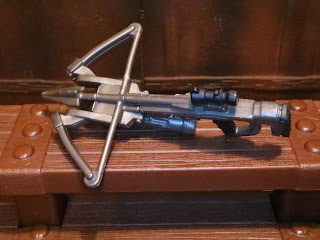 * To go with his wild, scavenger like design X-Lord is also packing a really cool crossbow. This thing has a scope, a cylinder of some sort on the bottom, and a bolt ready to fire. It also has some additional paint applications which makes it looks extra incredible. 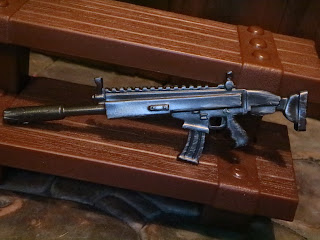 * When the crossbow just won't cut it and he still needs to remain silent X-Lord can pull out his suppressed assault rifle. The first series Purple Glow Skull Trooper came with these, too, though X-Lord's is less weathered than the Skull Trooper's. 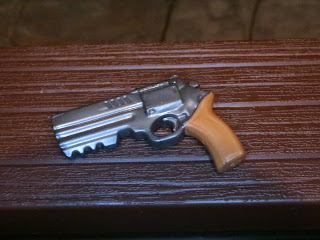 * For his last weapon X-Lord comes toting the Epic/ Legendary revolver. This is a sweet looking that, again, has some nice paintwork. It's crazy to me that the paintwork Jazwares' uses on their accessories is typically better than what we see with Hasbro and Mattel product. Good for Jazwares, though. I want them to really have success in the action figure aisle as more competition means better product. 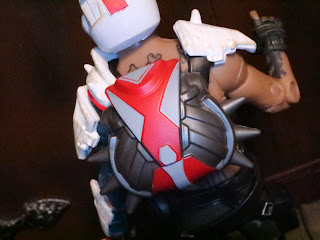 * Where does X-Lord carry all of the ammunition for his arsenal? Probably in his spiky armored backpack! This "back bling" looks really cool and has a paint pattern that matches his helmet well, too. Nothing wrong with color coordinating, even when you're scavenging in the wastelands. 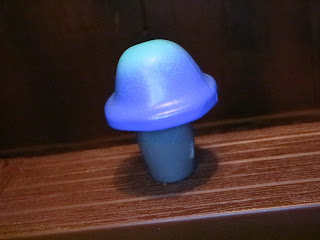 * X-Lord shares an accessory with Rust Lord: The mushroom. There's actually a hole in the side of the mushroom X-Lord's thumb can fit into, allowing him to hold it better. 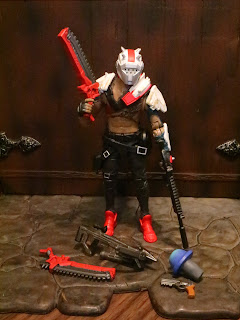 X-Lord is definitely one of the best Fortnite: Legendary Series figures in the line. For not being one of the major players in the action figure business (yet!) they sure do seem to have a knack for releasing some great product. If you can show me another company putting out figures of a similar quality with unique sculpts, this many accessories with their own paint applications, and the quality articulation of this line for the same price I'd be shocked. Jazwares is absolutely a company to watch right now with their upcoming Halo: The Spartan Collection line and their AEW: All Elite Wrestling lines they really could help add more competition in the toy aisles, which is always welcome. X-Lord (Scavenger) is just a darn good figure on his own, though, and he's the kind of toy you could work into multiple lines. Hunt him down if you can! He's absolutely a confirmed Epic figure.

I've also reviewed the Fortnite: Legendary Series Rust Lord, who I believe is connected to X-Lord.