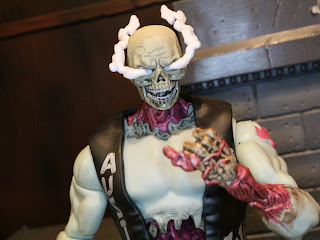 Today I'm looking at the last figure in series 2 of Mattel's WWE Zombies and he's definitely one of the coolest figures in the series: Stone Cold Steve Austin! Stone Cold is without a doubt one of the most popular Superstars to have ever wrestled with the WWE and it's really cool to have him in this line. Since these are zombie figures, it seems unlikely that Mattel will ever offer classic Superstars who are deceased in real life (as that might seem to be in poor taste), so current Superstars and living legends are the likely candidates if the line continues. While most of the figures in this line are simply zombified versions of the Superstars, some figures like Triple H and the Undertaker have come across as more powerful, revenant-like creatures. Stone Cold Steve Austin comes across the same way as he seems way more powerful than your average zombie. Let's take a closer look at this zombified version of the Texas Rattlesnake after the break... 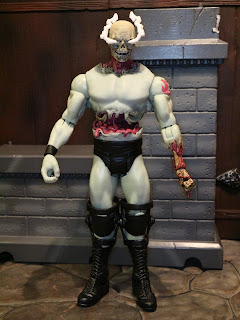 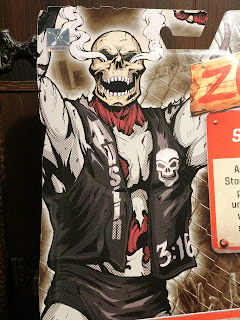 * Before unleashing a Stone Cold Stunner on this review, I do want to point out how cool the art is on these packages. I really like the zombie artwork for the WWE Zombies! The design team working on these is clearly having a great time and getting the chance to be creative. 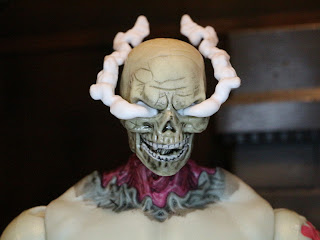 * So, instead of a standard zombified portrait Stone Cold Steve Austin comes with the visage of his famous Smoking Skull Belt! Let me just start gushing and say how awesome this skull portrait is. I'm digging the smoke wisps, too. They're not as detailed as the skull (which has an incredible dark wash to bring out all of the excellent details) but they're still pretty cool. Overall, this is a great effect. 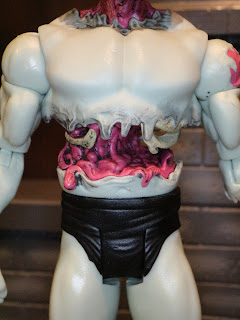 * Besides having one of the coolest headsculpts in this series, Stone Cold also has an incredibly cool torso. His neck is shredded (you know, since he has no skin on his head) and his abdomen has bee torn open, showing off a misture of guts, innards, and the bottom of his rib cage. This is pretty terrifying stuff, don't you think? 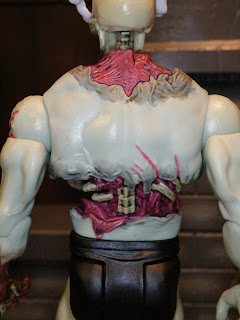 * Here's a shot from the rear to show off more of the incredible work Mattel has done here. Notice that you can actually see Stone Cold's spine. That's an insanely cool detail! 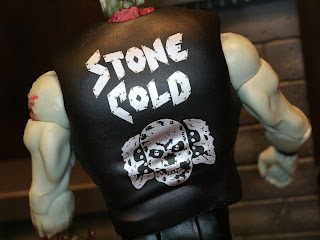 * If you're a bit squeamish, you can absolutely leave on Stone Cold's vest. His vest is a somewhat pliable black vest with silver writing on it. The front says "Austin 3:16" with a skull across the front while the back has three skulls and says "Stone Cold." 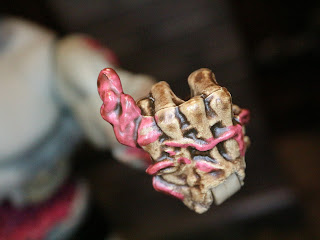 * Not only has the flesh been torn off of Stone Cold Steve Austin's left hand but he's even missing a finger. Guess which one? The one he'd use to give you a Stone Cold salute! Yup, this guy has no middle finger as it has rotted off. Personally, I think that's a pretty funny little Easter egg. 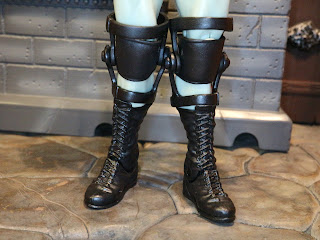 * Like most other Stone Cold figures, Steve is sporting his articulated knee braces. It's nice that we got these on what is essentially a basic figure as they make Stone Cold's outfit seem a bit more complex. 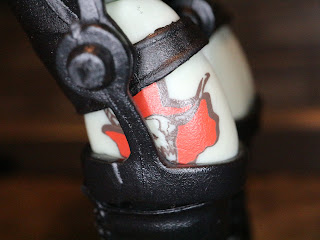 * Proclaiming his love for Texas, Austin is sporting a tattoo of the Lone Star state covered by a cattle skull on his knee. As always, there is really nice printing on this tattoo. 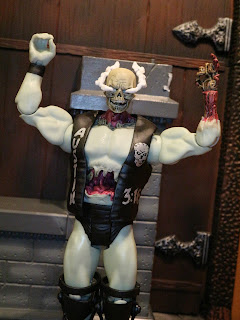 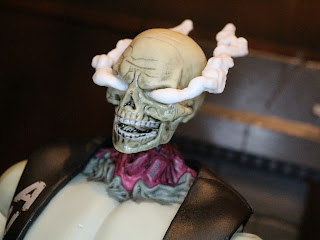 There's not a dud in WWE Zombies series 2, but Stone Cold Steve Austin may very well be the coolest figure in the series (it's between him, Steve Rollins, and Kevin Owens). He's definitelt Epic. There's a lot of creativity in this line and, as long as you embrace what the line is doing, you should really dig these. Mattel is doing some top notch grotesque sculpting here. So, who would you like to see in a WWE Zombies series 3? I'd love to see Alexa Bliss, Kane, The New Day, Enzo Amore, Cesaro, and Braun Strowman.


If you're looking for more WWE Zombies, check out the following reviews here at Action Figure Barbecue: