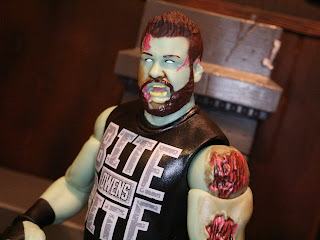 While the writing might be a bit iffy (I'm still pretty pissed about the finish to the women's Money in the Bank match on Sunday), there is some incredible talent in the WWE these days and one of my favorites superstars is Kevin Owens. The dude is just incredible. I feel like like KO could sell any gimmick or storyline he's involved with. Even a zombie gimmick. Yup, in the 2nd series of WWE Zombies we get an action figure of the current "Face of America" Kevin Owens. Let's take a look at a zombified version of Chris Jericho's former BFF after the break... 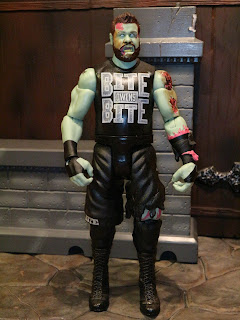 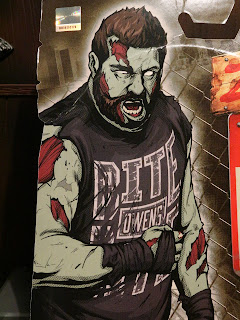 *Before pop-up power bombing this review, I do want to point out how cool the art is on these packages. I really like the zombie artwork for the WWE Zombies! The design team working on these is clearly having a great time and getting the chance to be creative. 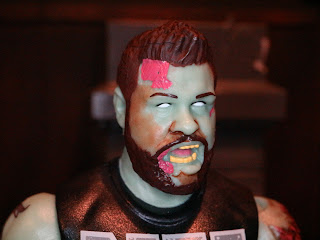 *Let's start with this headsculpt: It's incredible. Besides being zombified, this actually really looks like Kevin Owens as he appeared later last year and earlier this year. This is a way better sculpt than the Elite 43 figure. The eyes, even though they're white and soulless, really capture KO perfectly. The hair and beard are solid work, too. 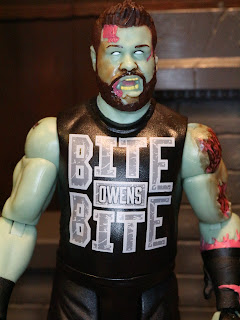 * While the headsculpt is my favorite part of this figure, my second favorite part is the "Bite Owens Bite" t-shirt. It's pretty funny and is a decent pun on Owens' "Fight Owens Fight" motto. As is almost always the case with Mattel's WWE figures, the printing is very neat and clean. Mattel's WWE team does an incredible job with printing and tattoos on almost every release. Also, while I'm sure this is a reused torso from a more recent KO Basic, this torso looks much more like Owens' actual build than the earlier figures released in the line. 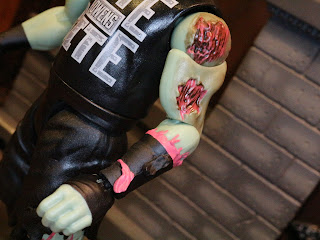 * On his left arm KO is sporting some major damage. It's not as severe as Brock Lesnar's, but it still isn't pleasant to look at. The paint and sculpting on these figures really help to sell the zombie theme. These are way more intense than anything else you'll see in the toy aisle at mainstream retail. 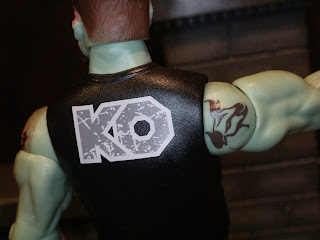 * Here's some more cool detail: The "KO" logo on the back of Kevin's shirt and the Taurus tattoo on his right shoulder. Again, Mattel does some rather impressive work on these details. 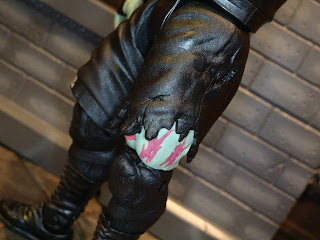 * Owens wears boxing shorts rather than wrestling trunks, but zombie Kevin Owens is sporting some visible damage on his left leg. Lots of torn fabric and ripped flesh. The paint work isn't as grotesque as on some other figures, but it still works. It's really cool to see so many unique parts on these figures. 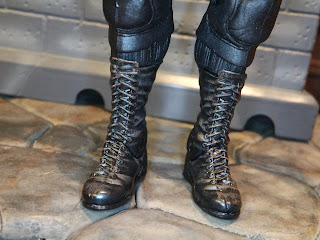 * Since zombies aren't known for having clean boots, you'll be pleased to see the layers of drybrushed dirt all over Kevin Owens' boots. 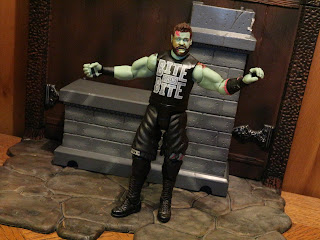 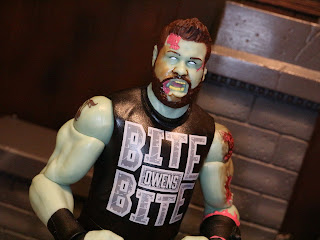 I'm absolutely a mark for this line, so you know what? I'm giving Kevin Owens an Epic rating, too. To me, this line is just too awesome. Since when have we been able to get cool 6-7 inch scaled zombies at a mass market retailer for less than $15 bucks (I ordered my set online, but these should start trickling out soon in time for the big Halloween rush). The fact that we live in a time when one can purchase a pretty darn fine zombified Kevin Owens action figure is a pretty impressive thing.

If you're looking for more reviews of Kevin Owens stuff, the only other review I've done is the Series 43 Elite Kevin Owens with the NXT belt.

If you're looking for more WWE Zombies figures, check out the following: