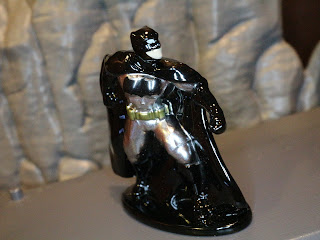 Over the past few days I've looked at the DC Nano Metalfigs by Jada Toys that I first encountered on a trip to Wal-Mart (they're exclusive to Wal-Mart until sometime next month, I believe). I purchased four of these little guys, took them home, and then decided that I really liked them. For $1 they manage to feel like a value, scratch a collecting itch, and be decent minifigure renditions of a somewhat diverse DC Comics roster. I saw people talking about them on Facebook groups and what not and it seemed that other collectors were kind of digging them, too. I decided to go back later in the week to pick up some more and guess what? My Wal-Mart was nearly out of them! I checked a few other Wal-Mart stores near me and finally, just last Tuesday, did I find another store carrying these. This store carried not only the single figures but also the very cool five packs. I went on another buying spree and ended up with quite a cool collection of these little guys. Today I'm looking at another single carded figure in the series: The Batman v. Superman Batman. There has been no shortage of Batman collectibles based on Ben Affleck's portrayal of the Dark Knight, but I had no hesitations adding another one to the roster. Let's check out this menacing little minifigure after the break! 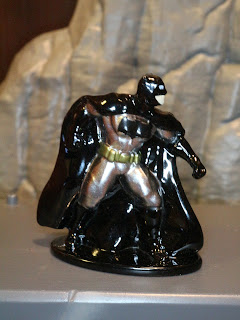 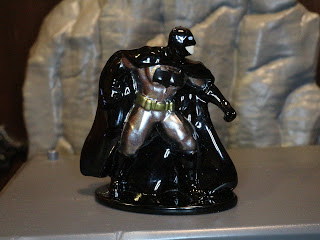 * So, like Desert Batman, I feel like Batman is one of the weaker figures in this series. The paintwork isn't bad, and it still has the cool metallic paint scheme but, at this scale, the darker colors tend to look a bit muddled. I think it gives off the illusion that the paint is unimpressive, but it's really just fine. The pose is just OK; it's not as bland as Desert Batman, but it's not as cool as someone like The Flash. 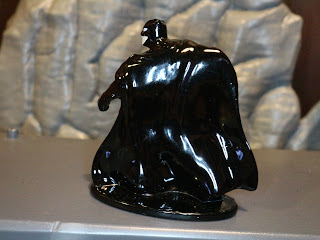 * The cape is really shiny, as is the rest of the suit, but it looks much better in person. Not much to see from this side, really. 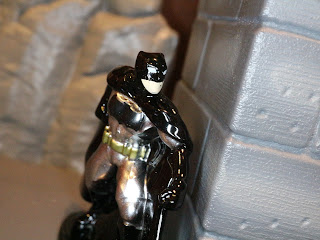 If you're in the market for a perfectly average 1 and 5/8th inches die-cast metal Batman, this will probably fit the bill. It's not bad, but there are better figures in this line. This is a simple Good minifigure: It's nothing to write home about, but it's not really flawed, either. If you're collecting this line, I'm not sure you'd really want to skip Batman, but he's definitely one of the less interesting figures. He really does have some decent paint applications for such a little guy, though.


If you're looking for more Batman reviews, you're in luck: I have dozens of them in the Dark Knight Archives!

If you're looking for reviews of more DC Nano Metalfigs, check these out:
DC2- Desert Batman
DC8- Supergirl
DC10- Killer Croc
DC22- The Flash
Posted by Barbecue17 at 7/18/2017