Minifigure Review: Man-At-Arms from Masters of the Universe Eternia Minis by Mattel 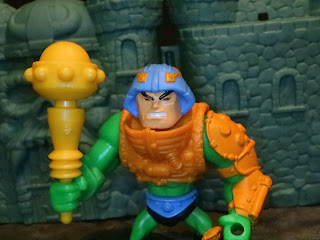 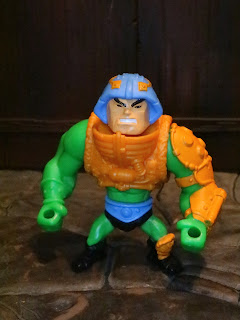 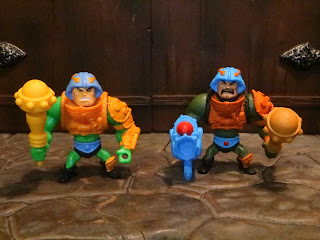 Comparison:
* Here's a quick shot of the new Eternia Minis Man-At-Arms (left) and the MOTU Minis Man-At-Arms (right). The left arms and heads are different and, of course, the newer figure has a brighter paintjob that looks more like the vintage toy. The new figure also has fewer accessories, though, as he doesn't come with the 200x inspired arm cannon. 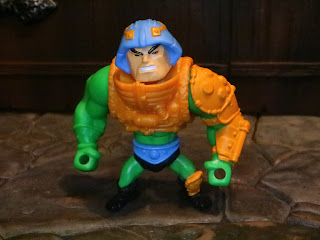 The Positives:
* Man-At-Arms is a really nice sculpt. He's very detailed and while he's accurate to the vintage toy, he also has details from the vintage toy's cross-sell art and the MOTUC figure. The laser blaster on his left arm is also more pronounced than on the previous figure. 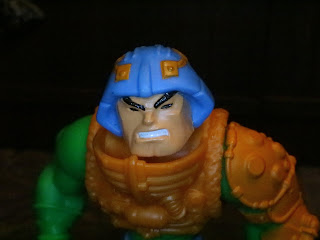 * Man-At-Arms has a new headsculpt. His face is a bit more expressive (he looks pretty angry!) and he's also sporting a clean shaven look. Yup, no stache here. That's accurate to the original toy and while I've always liked Duncan better with his mustache, it's nice to have some variation here. 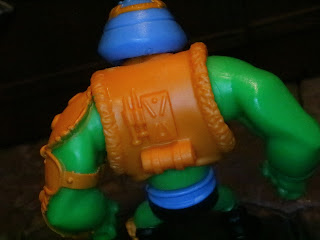 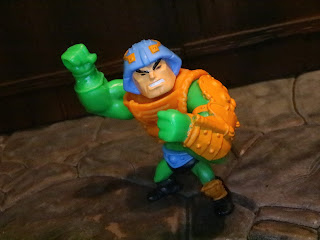 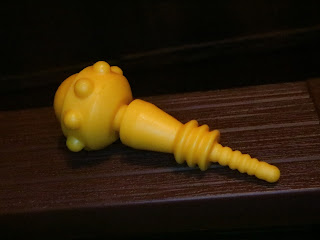 * Duncan only comes with one accessory but it's classic mace. It's molded in a yellowish-orange blastic that's quite different than the vintage toy. It still looks cool, though. 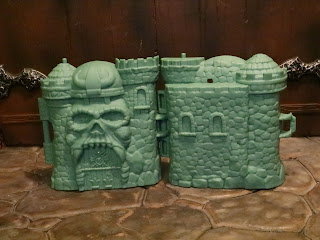 * The Eternia Minis come blind packaged but it's actually not a bad thing at all. First, there is actually a very prominent code on the bottom of the package identifying the figure inside (Man-At-Arms is "C"), so you don't have to truly buy these without knowing what you're getting. Second, the packaging is a very cool plastic Castle Grayskull. It actually separates in half and you can connect them with other Grayskulls to make a long chain of castle faces. It's a cool sculpt and some of the best blind packaging I've ever seen. 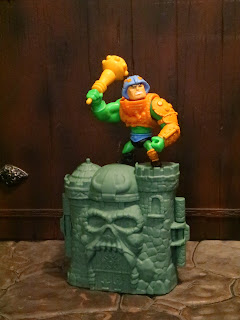 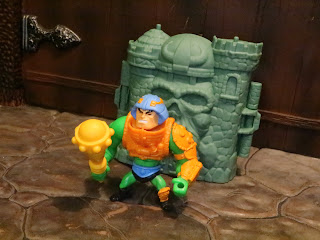