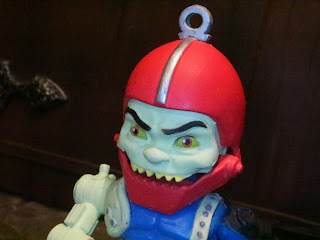 I've reviewed quite a few of the Masters of the Universe Action Vinyls from The Loyal Subjects but everything I've reviewed has been from the second series which feature a revised body design. Today I'm offering up both another review of Trap Jaw for Trap Jaw-ly and a look at one of the first series MOTU Action Vinyls. I have a couple Trap Jaw Acton Vinyls but today I decided to check out the 2016 The Loyal Subjects Web Exclusive Trap Jaw "GID Edition" figure. GID stands for glow in the dark, so this is a glow in the dark version of the deadly Evil Warrior with a cybernetic arm and jaw. This guy was part of a limited run of 750 and I purchased him from The Loyal Subjects' website during a Black Friday sale. Ready to check him out? Then let's get chompin' after the break... 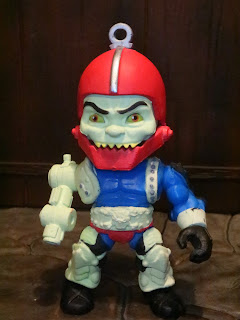 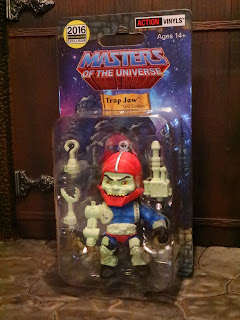 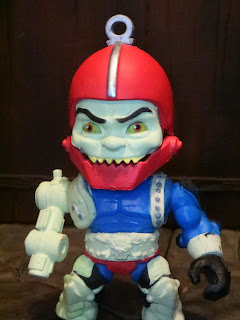 * While the series 2 figures are more articulated and a bit leaner looking with more stylized eyes, the series 1 figures were a but bulkier with more unique sculpting. While his body uses lots of glow in the dark plastic, overall his body color and design look like a mixture between the vintage toy and cartoon depictions of Trap Jaw. 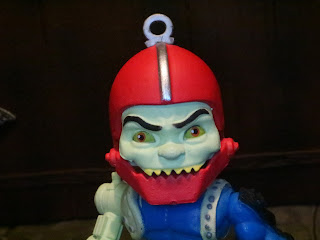 * Trap Jaw has a cool headsculpt that captures his maniacal menace perfectly! His helmet is really nice looking and, of course, comes complete with a large loop so he can zipline down into battle (which is still an awful idea!). His face is also very expressive, especially thanks to his crazy eyebrows and his sharp teeth! 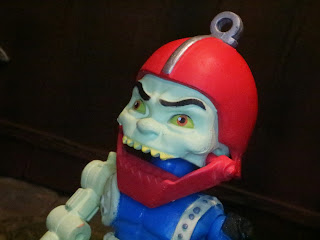 * Trap Jaw does feature a working hinged jaw which is great fun. He looks so crazy when you pose it completely open! 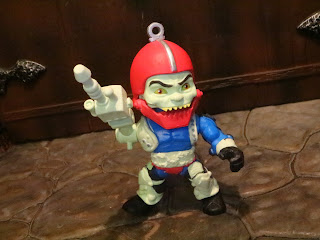 * The original Action Vinyls don't have as much articulation as the second series of figures but I do like their general design. They still have balljoints at the ankles, hips, waist, shoulders, and head, though the range of motion is still a bit limited. They're definitely designed more for standing around on your shelf or at your desk but they have a very fun presence. Kind of like larger minifigures, really. 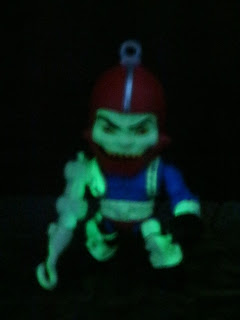 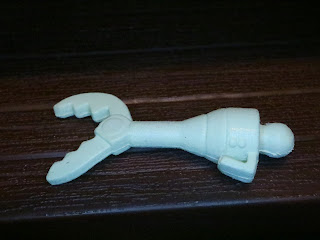 * Trap Jaw comes with all three of his classic extra hands. The first is the claw hand. It has teeth on the grippers here, so it definitely looks a bit more menacing than the claw the vintage toy had. 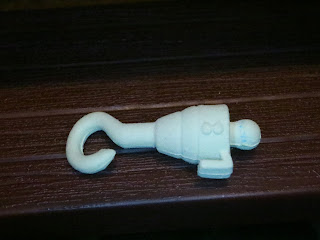 * You always have to have Trap Jaw's trusty hook hand, don't you? It definitely looks like a smaller version of the MOTUC accessory except it's covered in glow in the dark paint! 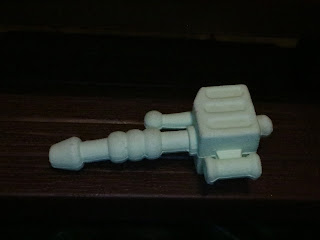 * Last up you get my favorite of Trap Jaw's alternate hands: The laser cannon! I love this piece. Of course it glows in the dark too! 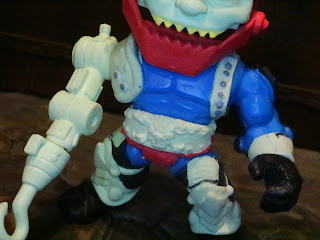 * It's not all roses here, folks. While glow in the dark toys are usually extra cool just because, I'm not loving the glow in the dark paint on Trap Jaw. It's really weird and thick with a chalky feel to it. Honestly, it has the feeling of a custom rather than a production figure. It's just kind of messy looking, too. 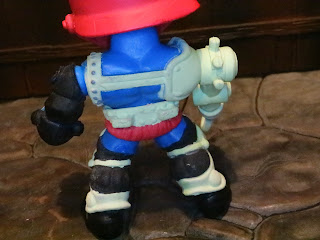 * The paintwork on the figure below the neck is just really messy. The little rivets on Trap Jaw's harness, the straps on the armor above his boots, and the edges of anything with glow in the dark paint just look really, really rough. 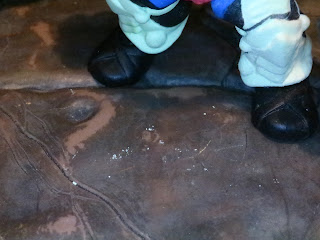 * The paint actually flakes off too. This guy isn't that old and I just removed him from the package for the first time for this review, so that's pretty crazy, right? 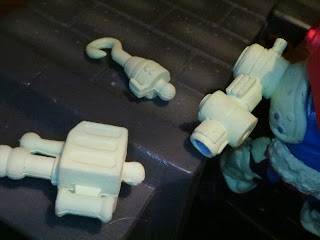 * It's probably due to the thickness of the glow in the dark paint but it is quite difficult to get any of Trap Jaw's weapons to fit into his arm. This should be a pretty simple process but it doesn't work well here at all. 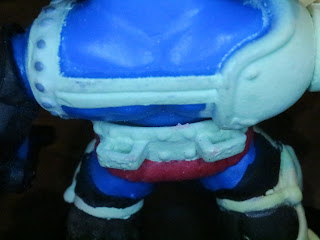 * There are clips on Trap Jaw's weapons and slits in his belt to store them but most likely you're not going to get this to work. The thickness of the paint (or maybe it's just a design flaw) are keeping these from fitting in there. That's kind of a bummer, right? 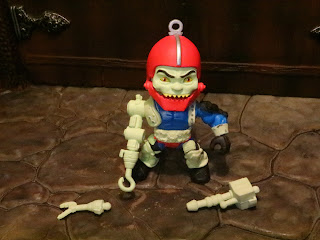 Overall I'm a fan of The Loyal Subjects' Action Vinyls and, besides MOTU, I've also enjoyed the Aliens Action Vinyls. Everything wrong with this guy, though, stems from the terrible glow in the dark paint they used. It's thick, messy, and sort of flakes off. Trap Jaw himself is a cool figure, and I really like the standard Trap Jaw, but this one is disappointing. I'd give him an Eh and a 1/2. If you're keeping him in the collector friendly packaging, which is how I've been displaying him, you'll be less disappointed. Out of the package, though, he's just not that appealing.