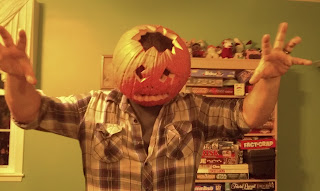 Barbecue's Bonfire is back! Oh, and Happy New Year! One of my resolutions for 2016 is to try and keep Barbecue's Bonfire going. It's just my chance to talk about whatever and while I started it back in September, it quickly got lost in the Halloween shuffle. I don't have much to talk about today; just some quick thoughts, really:

* I'm already working on my best of lists for 2015. I'm working on my 10 favorite toylines, 10 favorite individual figures (not tied to the top 10 toylines), the 2015 Missing in Action report (toylines that were featured one one of last year's lists that didn't show up again this year), and my top 5 or 10 figures from a couple of my favorite lines. I'm shooting for about a list a week throughout January to ring in the new year.

* Has anyone seen the Batman Vs. Superman stuff in stores yet? I just saw it for the first time today and I have to admit those toys are much better than most other movie based lines I've seen lately. I picked up the armored movie Batman from the DC Comics Multiverse line along with the Endgame Joker from the Justice Buster series. Reviews are coming!

*Not only did I absolutely adore The Force Awakens but I've been reading every Star Wars book I can get my hands on. Both the Visual Guide and the Incredible Cross-sections are well worth your time, but the tie in book Before the Awakening by Greg Rucka is pretty awesome, too. There is some great characterization there for Finn, Poe, and Rey leading up to their appearances in the film. It's quite good.

* I finally saw Mad Max: Fury Road. Good grief was that an amazing movie. Loads of fun! Seriously, the movie is like a 2 hour car chase. I received it on Blu-Ray as a Christmas gift and I was well pleased. I seriously am ready to watch it again. George Miller is absolutely at his best here. 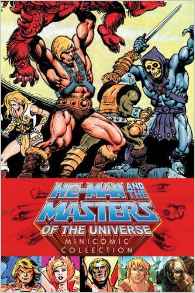 *I've been spending lots of time in Eternia lately. I also received the Masters of the Universe Minicomic Collection from Dark Horse for Christmas. For around $20-$30 you're getting 1200 pages of vintage (and a few modern) Masters of the Universe minicomics. The quality of the stories are definitely all over the place (it makes me laugh that folks bash Scott Neitlich's canon considering the crazy, often incoherent stuff that has come before in MOTU) but each one is darn fun. Seriously, if you want 1200 pages of barbarian fantasy sci-fi, give this a read. I'm loving it.


*I have a whole box filled with Christmas candy on my desk right now. I'm loving it.

What's new with you? Talk about anything I've mentioned here or something completely different in the comments below.
Posted by Barbecue17 at 1/02/2016