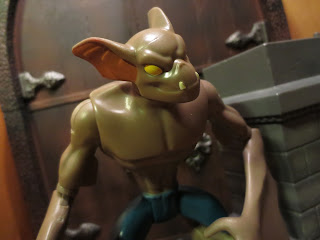 Today is the last day of my Christmas Haul 2015 and I'm looking at another cool stocking stuffer I received from the very cool Imaginext DC Duper Friends line: Man-Bat. As far as I am aware, Man-Bat is from the absolute newest series of DC inspired Imaginext toys. While I do own a few Man-Bat figures, he's definitely not a Batman villain I own tons of versions of unlike the Joker, Poison Ivy, or Catwoman. Man-Bat's a great villain and it's cool to continue to see more villains enter the Imaginext line. While there are definitely collectors and Batman fans who appreciate these, it's cool to think that the main consumers of these are kids. This is kind of their version of the Batman: The Animated Series line, or even their version of DC Super Powers! While most Batman toys these days are made for collectors, it's cool to see these on store shelves readily available for the up and coming fans! Ready for a closer look at Dr. Kirk Langstrom's alter ego, Man-Bat? Then join me after the break... 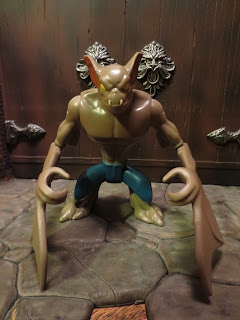 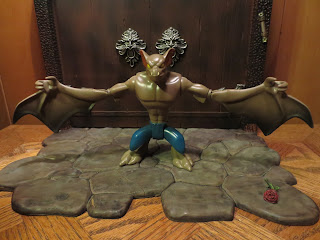 *Man-Bat really is an impressive looking figure. He's quite large! Standing around 5 inches tall (hunched over some, too) and with a wingspan of a little over 1 foot, Man-Bat puts the rest of the puny Imaginext figures to shame. This guy is really cool looking and definitely quite imposing! 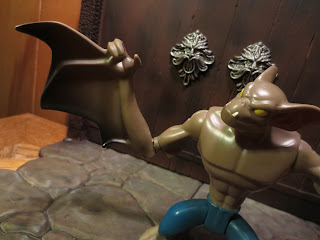 * The paint work on Man-Bat's head is simple enough but I'm actually kind of impressed with the wings. They've been given a spray of black that looks really good over Man-Bat's light brown skin. It's definitely a more sophisticated paint application than I would have expected on an Imaginext figure and I'm totally digging it. 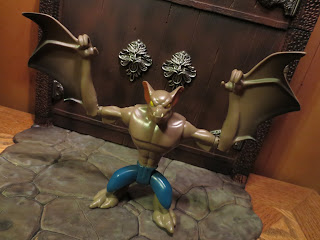 * Since he's a larger deluxe figure, Man-Bat is equipped with an action feature. Push the button on his back and his shoulders move forwards and backwards to simulate his flapping wings. It's actually a pretty cool feature and, since you can still manually pose the vertical position of the wings, it doesn't take away from the play value. Man-Bat's hands are posed so he can grab the basic Imaginext figures and swing them around, too. 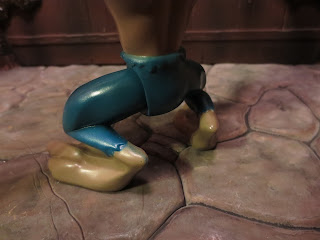 * If you look at the paint around Man-Bat's legs and feet you'll see some real slop. The edges of his ripped jeans just are not very neat and clean. What a bummer, particularly on such a simple figure. 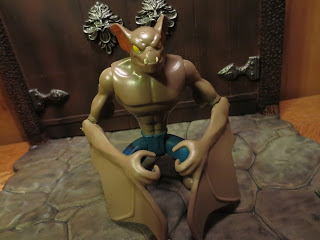 * This is an odd complaint (and I'm not giving it very much weight in determining my rating) but there's something about this guy that doesn't feel very "Imaginexty." It's tough to explain but this guy feels much more like a figure from Mattel's "The Batman" line of figures rather than an Imaginext figure. Maybe it's the lack of an accessory? 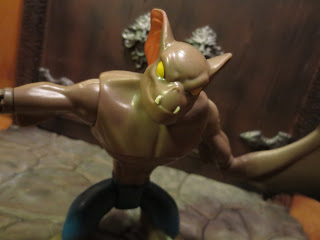 Imaginext is a fun line and Man-Bat is a fun addition to the growing roster of Batman heroes and villains. He's a solid figure even if he has a few odd problems and doesn't completely remind me of an Imaginext figure. Still, he is fun and  I'm giving him a Good and a 1/2. My little one loves Batman and this is definitely one of the most interesting ones to her. She's just about at the age where Imaginext will be appropriate for her so I'm glad that I have a nice assortment of characters for her to play with! She actually just stole Man-Bat from me right now and is running around yelling "Man-Bat!" Gotta go!


The only other Man-Bat toy I've reviewed on here was the Lego set Batman: Man-Bat Attack.

I have reviewed some other DC themed Imaginext figures, though, including: