Action Figure Review: Tri-Klops from Masterverse/ Masters of the Universe: Revelation by Mattel 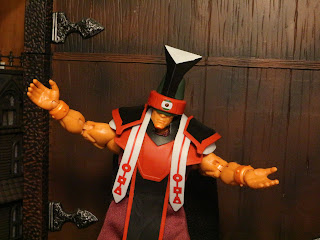 I haven't reviewed a new Masterverse figure since last year! There hasn't really been anything new out for the line but sometime in February it seems like Tri-Klops started showing up in stores and I managed to get a hold of one. This version of Tri-Klops is based on his appearance in last year's Masters of the Universe: Revelation and features Tri-Klops with two outfits: His classic green armor and his ceremonial robes from the Motherboard cult. MOTU: Revelation gave most characters two different appearances (some had far more) so it's kind of cool that this deluxe Tri-Klops features both of his looks in one package. I'm really curious to see if MOTU: Revelation continues. While there are still a few MOTU: Revelation based figures scheduled for Masterverse (Trap Jaw, "classic" Teela, Mer-Man, and King Grayskull), there are also a number of figures from other areas of MOTU scheduled and rumored for the line. Let's take a look at Tri-Klops after the break and see how this version of the Evil Master who sees everything turned out... 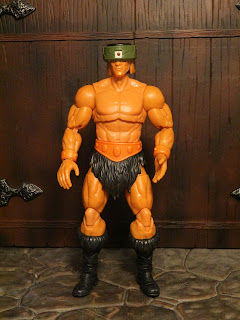 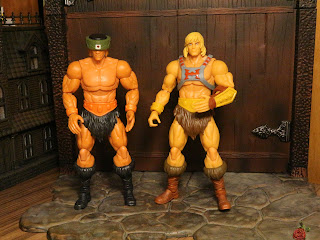 * Tri-Klops, on the left, uses most of the same body as the standard He-Man figure, on the right. That's not too surprising as it's pretty much a MOTU tradition at this point. 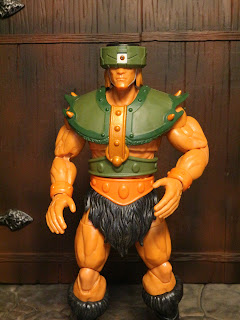 * Here's Tri-Klops in his classic outfit. I think this might be a fairly popular figure as the Masters of the Universe Classics version of Tri-Klops has gotten insanely expensive. If you're looking for a modernly articulated, classically styled Tri-Klops, this is the way to go. He looks fantastic with the lean, muscular build of this line and some nicely detailed armor. There are a couple of colors of green here as well as both orange and an orangeish-copper. There even seems to be some light grey drybrushing on his furry trunks and boots to bring out some of the detail. 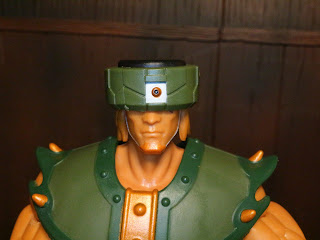 * Tri-Klops' appearance is quite traditional though he does have sandy blonde hair opposed to the black hair of the vintage toy and the reddish hair of the Filmation version. The chinstrap for his visor has a more noticeable chin piece here while the visor itself has lots of etched details in it. Tri-Klops does have three eyes, as he should, and the visor rotates nicely. Here's his square eye (with a straight "eyebrow" above it. 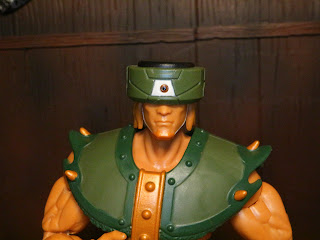 * Next up is the eye in the shape of an isosceles trapezium. 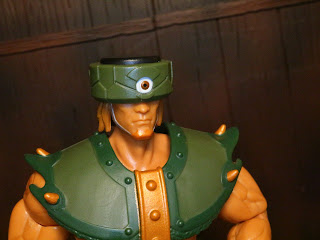 * The third eye is a simple circle with an arched "eyebrow." 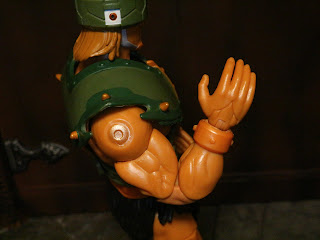 * Technically, these technical details on his shoulders and hands are designed for the Motherboard robed variant of Tri-Klops but they do add an unusual look to the figure, too. Kind of cool, right? 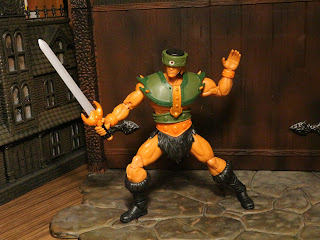 * This line has very solid articulation, really some of the best I've seen on a Mattel action figure, and Tri-Klops is another hit. He moves freely, has a nice range of motion, and the joints are plentiful. You can get him into some great sword-fighting poses for sure. 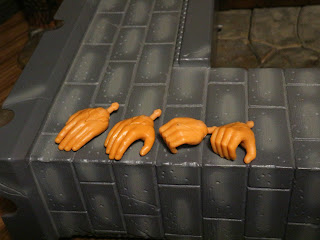 * Tri-Klops has two pairs of hands: Some open palms and two gripping hands. They swap easily and work well with both outfits. 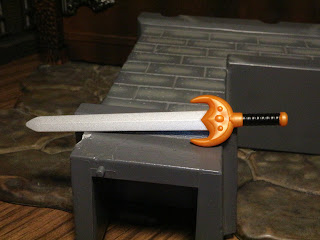 * Tri-Klops comes with a repainted version of Fisto's Sword, just like the vintage figures. Well, in the vintage line Tri-Klops was released first. the sword has a few paint apps which looks great. I'm always happy to see this level of detail on a weapon. 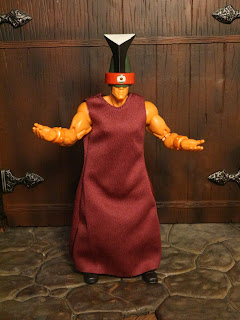 * Let's take a look at Tri-Klops' second outfit, his ceremonial robes for he Motherboard techno-organic cult. First up is a soft goods robe. He does look weird wearing this by itself but it's meant to be worn with his armored piece. I'm just showing it off here. It's quite nicely tailored. There's a Velcro strip on the back to make it easier to put on the figure, too. 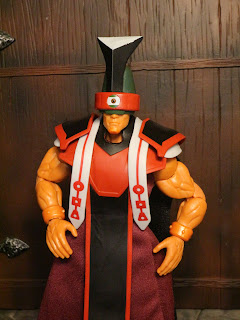 * This armor fits over Tri-Klops robe and really looks pretty cool. I like the stole with the three symbols that match the shape of Tri-Klops' eyes. This is such an unusual and cool look. While I don't like it better than the classic Tri-Klops look it sure is neat to see a different look for Tri-Klops who has basically had the same look for going on 40 years. 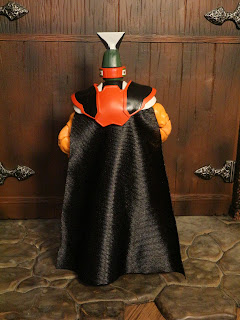 * Tri-Klops also has a soft goods cape that is permanently attached to his armor. 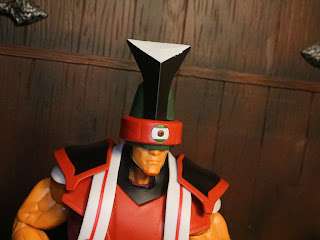 * The alternate portrait is similar to the first below the visor but above the visor things get crazy. His visor is red this time around and the top of the visor has a miter like helmet on top. 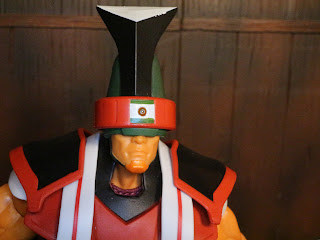 * Tri-Klops still has three different eyes and the visor spins around easily. 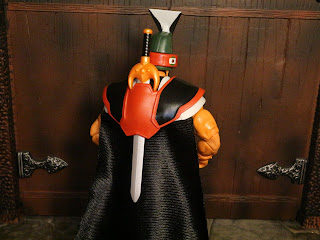 * I'm not 100% sure this is intentional but Tri-Klops' sword fits perfectly in the back of his armor here. That's pretty cool, right? It fits perfectly so I'm assuming it really is a feature. 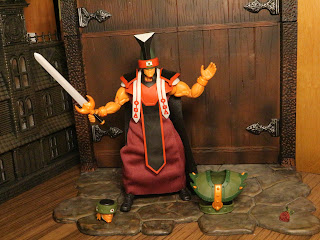 Tri-Klops is a deluxe figure so you'll pay a deluxe price but considering you get two completely different looks out of him, one of which has two soft goods pieces, I'm pretty satisfied here. He's a really fun figure with alternate heads, hands, some solid paint work, a working action feature (the rotating visor), and solid articulation. Personally, he's one of my favorites in the line to date. I know not everyone is wild about the Motherboard robes but I'm pretty excited to see something do different for Tri-Klops. This is an Epic figure with a lot of coolness to it. I've got Trap Jaw on the way, too, so he'll have someone to boss around.