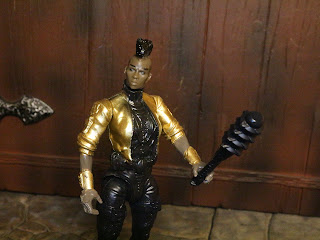 There are new Final Faction figures and accessory packs hitting store shelves right now and I managed to find the two newest members of Alpha Team 1 on Wednesday! Let's start things off by taking a look at Amari, the Combat Specialist. While Final Faction is a budget line sold through Dollar Tree and Family Dollar stores, it's also a really fun, creative line that earned a spot on my Top 10 Toylines of 2021 list. There are currently three new Alpha Team 1 members hitting store shelves as well as 2 more Kharn villains and 6 new accessory packs. Yes, Dollar Tree did just raise their prices to $1.25 but it isn't stopping me from picking these cool little figures up. Amari is a warrior from New York City who goes after the Kharn with whatever weapons she can find, particularly her beloved spiked baseball bat, Slugger. Ready for another dollar store deal? Then check this one out after the break... 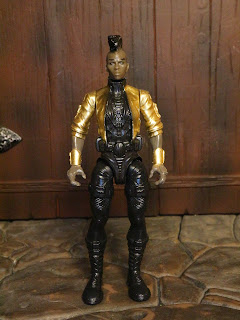 The Positives:
* While these are definitely "budget" figures, the character designs and the sculpting on Final Faction are really quite impressive. I love the cool look of Amari. She's definitely taller than the rest of the team so far and her outfit is loaded with detail. Her metallic gold jacket is petty cool (it's supposed to be her father's Air Force jacket so apparently at some point in the future the Air Force switches to gold jackets, which seems pretty cool). She's sporting an armored outfit underneath, too, with lots of detail on it. 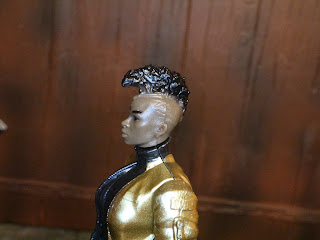 * Amari stands out from the crowd with a really cool mohawk. Look at that hairstyle! It's really, really cool. 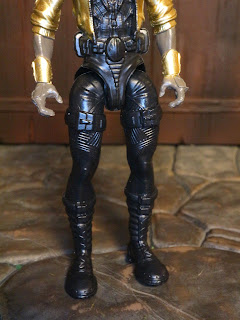 * Her legs and boots are pretty nicely detailed, too. Seriously, there is some solid, crisp sculpting on this figure. 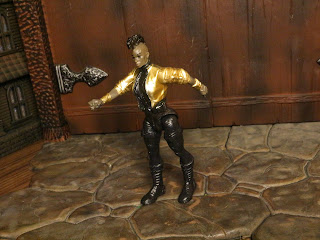 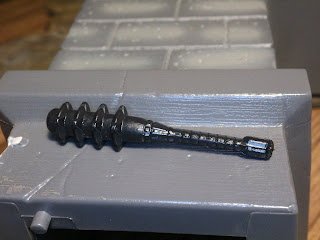 * This is Slugger, Amari's spiked bat. It's a pretty lethal looking tool. While it doesn't seem like the best idea to find an alien race using a spiked bat versus laser guns or rockets or something, I guess this just shows how good of a fighter Amari is. Her bio talks about her being a master of pretty much any weapon she can get her hands on but she still seems to favor this one. 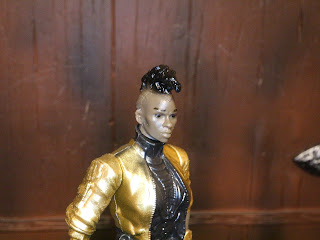 The Negatives:
* I still have to point out that the headsculpts are the weakest parts of these figures. The sculpts are a little soft and the paint is very basic. Maybe if Dollar Tree could add another $0.25 cents to these the could get some incredible paint work? 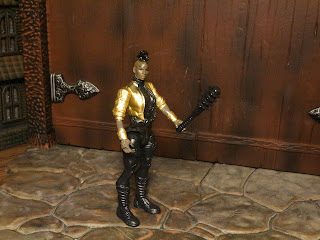 Amari might have the best sculpt of any of the Alpha Team 1 humans in the line so far but her accessories are a little weak. Just one? She definitely will benefit from an upcoming accessory pack for sure. Still, she's quite solid and gets a Good and a 1/2 from me. I'm excited to equip her with the accessory pack and see how she turns out. She fits in nicely with the rest of the team yet still stands out thanks to her height and her cool gold jacket. Oh, and her amazing hair. Go, Amari, go!
This is the first figure of Amari I've reviewed. For more Final Faction reviews check out the following:
Arrow ATV
Arrow ATV Weapons & Armor
Churro & FD-0
Spc. Scope
Torn
Posted by Barbecue17 at 3/06/2022