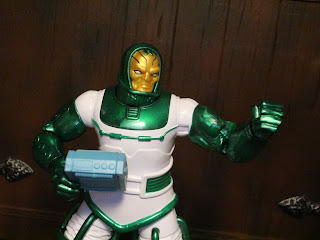 I'm a sucker for picking up classic looking Marvel villains and I've been tempted off and on by Psycho-Man from the Fantastic Four based Marvel Legends Retro Collection assortment. I'm not really that familiar with Psycho-Man from the comics (I had to consult my handy, dandy Marvel Encyclopedia) but I do remember him from the mid-1990s Toy Biz Fantastic Four line based on the animated series. It was a pretty extensive line and while I don't remember having any figures from the line I do remember it and the way the characters often appeared in ToyFare magazine's Big Shots. So if you ask me what I'm most familiar with Psycho-Man from, the answer is ToyFare. Psycho-Man is actually the chief scientist of the planet Traan from within the Microverse. Psycho-Man's real appearance is unknown since he's encased in armor. He may actually be quite small! This series was released at the end of 2021 but I found a good deal on this guy and finally decided to pick him up. Let's take a look at Psycho-Man after the break and see if he's a worthwhile pickup. 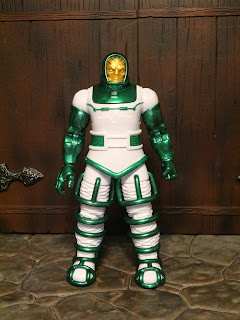 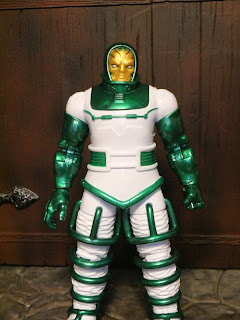 * As far as I'm aware Psycho-Man is a uniquely sculpted figure. Maybe the arms or hands are reused from somewhere but the body is really unique. He has a very smooth looking futuristic suit of armor with metallic green details that really catch your eye. It's a very retro-futuristic look and I love it. This looks a lot like the vintage Toy Biz figure from the animated series line and I believe this is how the character appeared in that series as well. 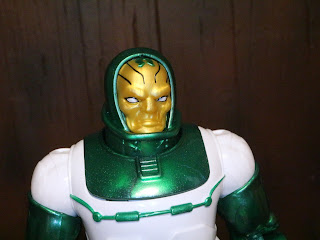 * Since Psycho-Man has an unknown appearance and is microscopic, his headsculpt really isn't his face, I guess. It's a weird looking helmet, though, and it definitely has some character. The gold face catches your attention and he has a sour expression on his... face, but not face. 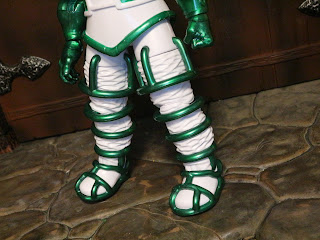 * These loops that run down his legs are really cool. They're all separate pieces that do "float" over his legs and feet. It's an interesting detail that definitely emphasizes how unique this figure's sculpt and design is. 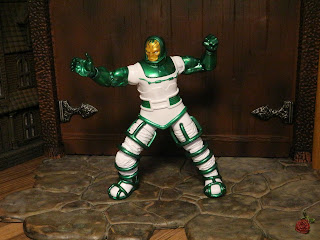 * At first I thought Psycho-Man looked like his articulation would be rather restrictive but after having him in hand and messing around with him for a bit he's pretty standard. His torso and head have a better range of motion than I first expected, too, and everything is nice and tight. 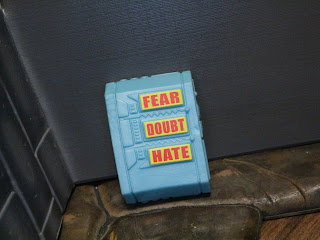 * Psycho-Man only comes with one accessory: His psycho-ray. It's a device that can manipulate emotions and, as the buttons on this accessory say, it can inspire fear, doubt, and hate. It takes a bit of work but you can get Psycho-Man to hold this in his right hand. 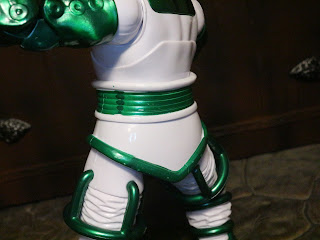 * The white and metallic green paint job looks really sharp but the back of my figure has some issues. There's a weird paint error on the belt and some other places where the green paint is splotchy and messy. 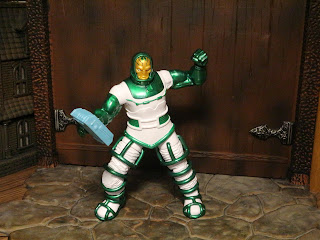 Psycho-Man looks cool and definitely adds another classic villain to your Marvel roster but he feels kind of bare bones. Not even any additional hands? With the price hike on Marvel Legends that started last year it's definitely figures like this where you notice the increase. One accessory makes Psycho-Man feel lacking. He's not a bad figure or anything and I'd still give him a Good rating. Shop around for this guy and you might find a good deal. I've see him for as low as $10 at some e-tailers.