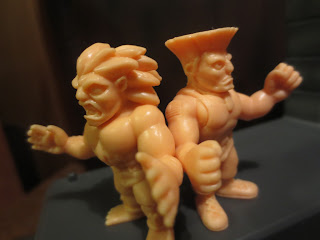 Today I'm looking at Pack C, the third pack of Street Fighter II minifigures from Super7's M.U.S.C.L.E. revival. Dang, these guys are really cool, aren't they? Just look at them makes me really want to turn on my SNES and dig out Street Fighter II. These little guys are totally hitting all the right spots for me so far as minifigures go. Let's take a closer look at these ones after the break, shall we? 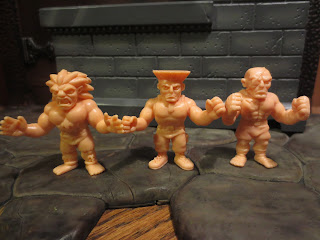 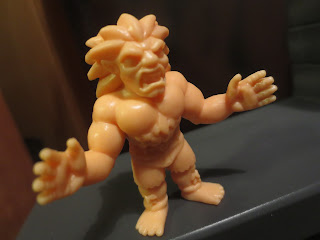 * First up in this set is Blanka. Apparently, he's the third most well know Brazilian. While he's most well known for being the green guy who has mutant powers gained from electric eels (I assure you I'm not making any of this up), the movie combined the character of Blanka with Charlie, Guile's old war buddy. None of that is relevant to discussing how amazing this minifigure is, but I felt like sharing it regardless. This guy is perfection. He's so M.U.S.C.L.E. 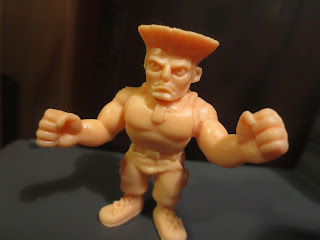 * I love that crazy look on Guile's face.  USAF Special Forces operator, Guile always seemed like he was just waiting to give someone a government issue beat-down. Guile's impossibly cool hair and prominent fists absolutely sell this guy. The little dogtag is cool, too. He's not Jean-Claude Van Damme, but he'll do. BTW, I am never ashamed to admit that I love the movie Street Fighter so much that I read the novelization as a kid and owned this film on laser disc. 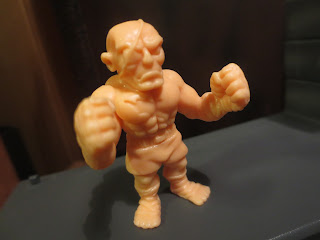 * Remember that part in the movie when M. Bison holds his hand over his eye, looks and Sagat, and says "I guess you didn't see that?" Folks, Street Fighter needs to be preserved by the Library of Congress ASAP. Anyways, Sagat looks amazing, too. I love his ripped abs, his eye-patch, and the nasty scar on his chest that Ryu gave him. 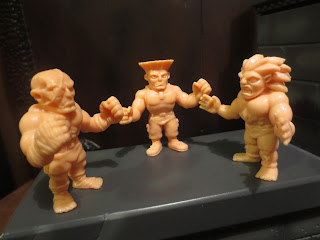 I'm really loving these. For $6 bucks a set, I'm not sure there's a better deal on the market when it comes to minifigures. Sagat, Blanka, and Guile all look incredible and I really can't find fault with any of them. These aren't figures I have to review as much as just show off; they absolutely are what they are. The plastic quality is really good, though; I like how they feel very solid, not rubbery like some of the earlier Super7 releases. This is another Epic set that's well worth ordering.


I haven't reviewed any other Street Fighter II toys, but I have reviewed plenty of other M.U.S.C.L.E. figures from both Mattel and Super7, including: