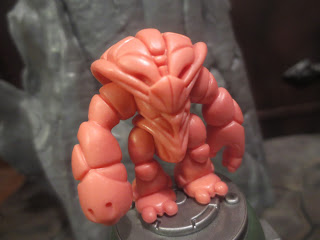 Last month I went to the Charlotte Minicon and while I had fun, I was a bit disappointed with the toy vendors at the show. It seemed like there were far fewer vendors than they normally have (some of the side rooms at the convention center which are usually open remained closed this year). Usually I come home with a decent pile of loot but this year I only came home with a pocket full of minifigures. Three of the five minis were Crayboths from Onell Design's Glyos line. I've reviewed a couple of Glyos compatible items before but this is the first true product from Onell that I've purchased. The first minifigure I grabbed is, I believe, Flesh Crayboth from Wave 50: Union of Exiles. I always prefer to grab the classic "flesh" colored minifigures first since I've been conditioned to their coolness thanks to M.U.S.C.L.E. Let's take a closer look at Crayboth after the break... 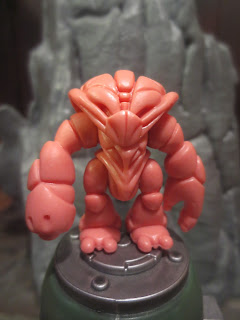 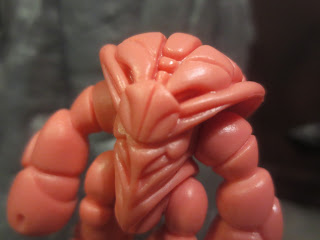 * It looks like Onell has made dozens of Crayboths over the years but this is the first time I've ever held one in my hands. I really like the design: It's definitely very crustacean in nature with cool, clean lines that make this seem very much like a piece of armor, too. 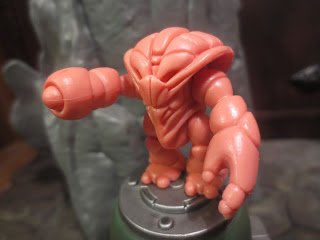 * One of the really cool things about this figure is that Crayboth actually has articulation. That's not something you usually see with a minifigure but Onell worked swiveling joints into the shoulders and hips. The swiveling hips aren't the biggest thing ever but the swiveling shoulders are really cool. Being able to pose his "Phase blaster" is a cool feature for this little guy. 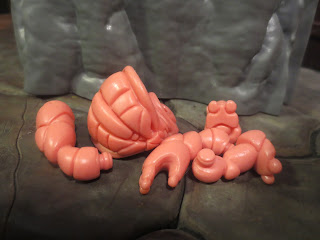 * The other unique aspect of the figure is that the joints are all removable. Theoretically you could swap these parts out with other figures, change the parts around, or create a battle damaged figure. This is a really neat feature and it kind of makes me wish I'd gotten some of the earlier Glyos sets. 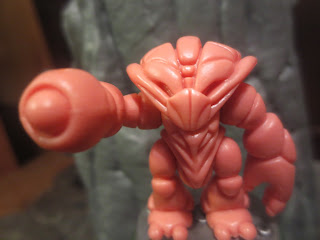 This is a really cool little minifigure. I picked up three of these guys, so I'll probably show them off at some point soon, too. The design and sculpt look great and the added articulation is quite impressive. Onell seems to still be putting out Glyos figures so I may have to look into some of their newer offerings. Crayboth is a Great little mini and well worth tracking down for fans of OMFG and similar lines as he blends in perfectly. 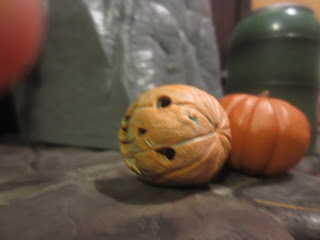 By the way! It has nothing to do with the review but here is a picture my daughter took today of a couple toy pumpkins. She was supposed to take a pick of Crayboth for the review but she decided to do her own thing. You really never know what a 3-year old will do, do you?
Posted by Barbecue17 at 2/26/2017