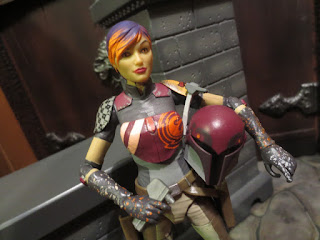 For the past 3 years I've created a list of my top 10 (and bottom 5) Masters of the Universe Classics figures of the previous year. This year, though, MOTUC didn't make the list of my top ten lines, nor did I buy much of what was released. Still, I've decided to continue this tradition of picking my 10 favorite releases (and sometimes my bottom 5) from other lines on my Top 10 Toylines of 2016 list. Here's the criteria for a line to warrant a list of it's own: It had to make my Top 10 Toylines list, there had to be at least 10 releases, and I had to purchase at least 75% of the releases from that year). Last week I looked at my favorite (and least favorite) releases from Mattel's DC Comics Multiverse. Today I'm looking at Hasbro's Star Wars: The Black Series! Join me for my ten favorite figures after the break... 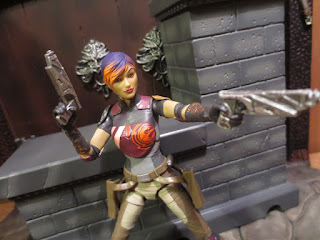 You're going to see the cast of Star Wars: Rebels on this list a few times. While Hasbro has had some difficulty in consistently capturing human likenesses in this line, they've done a great job of interpreting the CGI cast of Rebels and bringing them into the "life-like" action figure realm. Sabine is one of my favorite members of the Rebels cast and is probably my favorite SWB figure from 2016. She's truly incredible with some really cool accessories and some of the most amazing paintwork seen in this line. 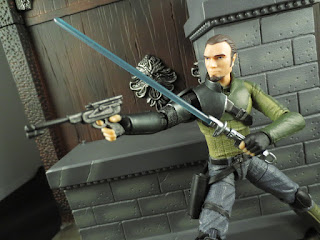 Hey, look! Another Rebels figure! Kanan was the first member of the crew of The Ghost to enter the Black Series line and he was nearly flawless. Sporting a great likeness, an excellent outfit with many unique textures, and a lightsaber that can disassemble and fit on his belt, Kanan was light years ahead of every other Rebels toy that had been offered by Hasbro. 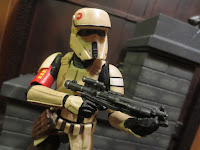 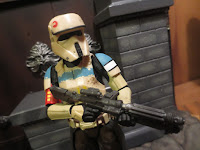 This is one of the few times I'm cheating on this list but, since they're so similar, I figured I should just pair the Scarif Stormtroopers together. Troopers and aliens are usually where Hasbro shines in the Black Series and these two troopers were both really, really good. The paint apps really helped to show off the excellent sculpting and made these guys feel quite unique from other troops.I wish we'd seen a bit more of them in the film, but Hasbro nailed the appearance. 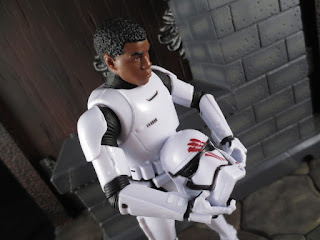 FN-2187, or Finn in his Stormtrooper outfit, really turned out to be an impressive figure. It's an incredibly simple recipe as it's just the basic First Order Stormtrooper body with a Finn head, but the combination just works flawlessly. I especially loved the blood smears on the helmet. It's a great detail from a very specific scene, something we don't see very often in the Black Series, and it captures one of the defining moments of Finn's character development flawlessly. 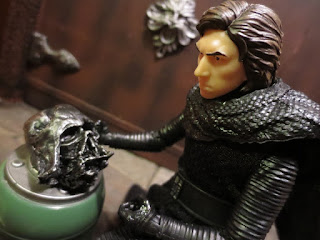 The basic Kylo Ren was a pretty good figure from 2015. The Celebration exclusive was even better. Featuring an unmasked portrait of Ben Solo, a charred Darth Vader mask, and a First Order banner (that looks incredible with General Hux), this was a cool exclusive that turned out to be fairly easy to obtain, unlike many previous SWB exclusives.
6. Imperial Death Trooper from Rogue One 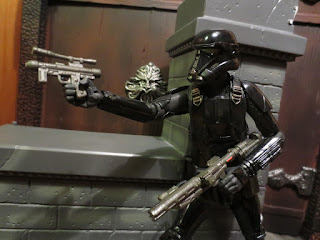 The Death Troopers didn't get a ton of screen time in Rogue One, but they still left an impression due to their cool black armor and their unusual voices. Hasbro released two different Death Troopers this year in the Black Series: The standard figure available in the first Rogue One series and a more deluxe version in the odd Target 3-pack featuring a bandolier of grenades. They're really both the same figure, though. The black armor looked shiny and menacing and the articulation allowed for plenty of cool poses. 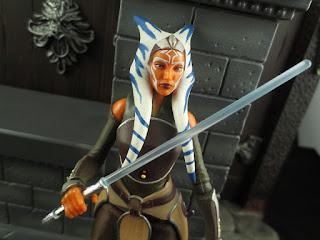 While not a member of the crew of The Ghost, Ahsoka Tano is another character from Rebels that shows up on this list. While Ahsoka is better known for her starring role in The Clone Wars, I'm actually glad that Hasbro went with her Rebels look. This is a gorgeous figure with some amazing paintwork and a really cool outfit.
8. AT-AT Pilot/Driver from The Empire Strikes Back 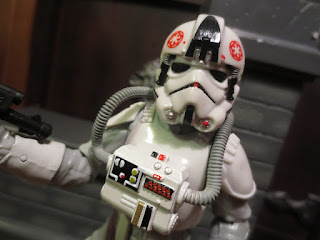 The AT-AT Pilot (whose name was changed to the AT-AT Driver) is an old school Original Trilogy troop builder with an awesome outfit.  I'm thrilled that we got this guy to move us closer to completing the Original Trilogy troops (now we just need Death Star Gunners, Spacetroopers, and an AT-ST Driver). The sculpt and articulation are just perfect on this guy;. Considering we'll most likely never have a 6 inch scale AT-AT this guy might seem like a bit of a bore, but the excellent attention to detail here still makes him a cool figure for display.
9. Jango Fett from Attack of the Clone 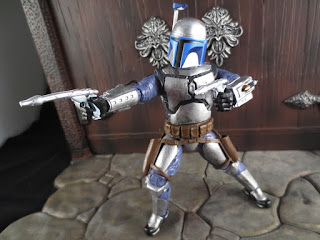 The lone Prequel figure from this list (not that we received many this year) is Boba Fett's daddy, Jango Fett. Released fairly early in 2016, Jango made quite an impression and became a tough guy to find. His armor and accessories are all really well sculpted while feature a fantastic amount of paint detail. He also sports a pretty good likeness of actor Temuera Morrison.
10. C-3PO- Walgreen's Exclusive from A New Hope 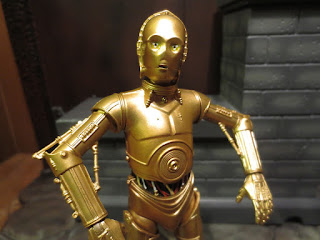 Personally, I think C-3PO turned out really, really well. While there are two versions of the galaxy's most famous protocol droid, the Walgreen's exclusive classic version gets the nudge over the red armed version from The Force Awakens. I love the gold paint used on C-3PO; I'm definitely glad Hasbro went this route rather than utilize vac metal. The sculpt is excellent and the articulation, while not perfect, certainly meets all the needs I had for posing ol' Goldenrod.