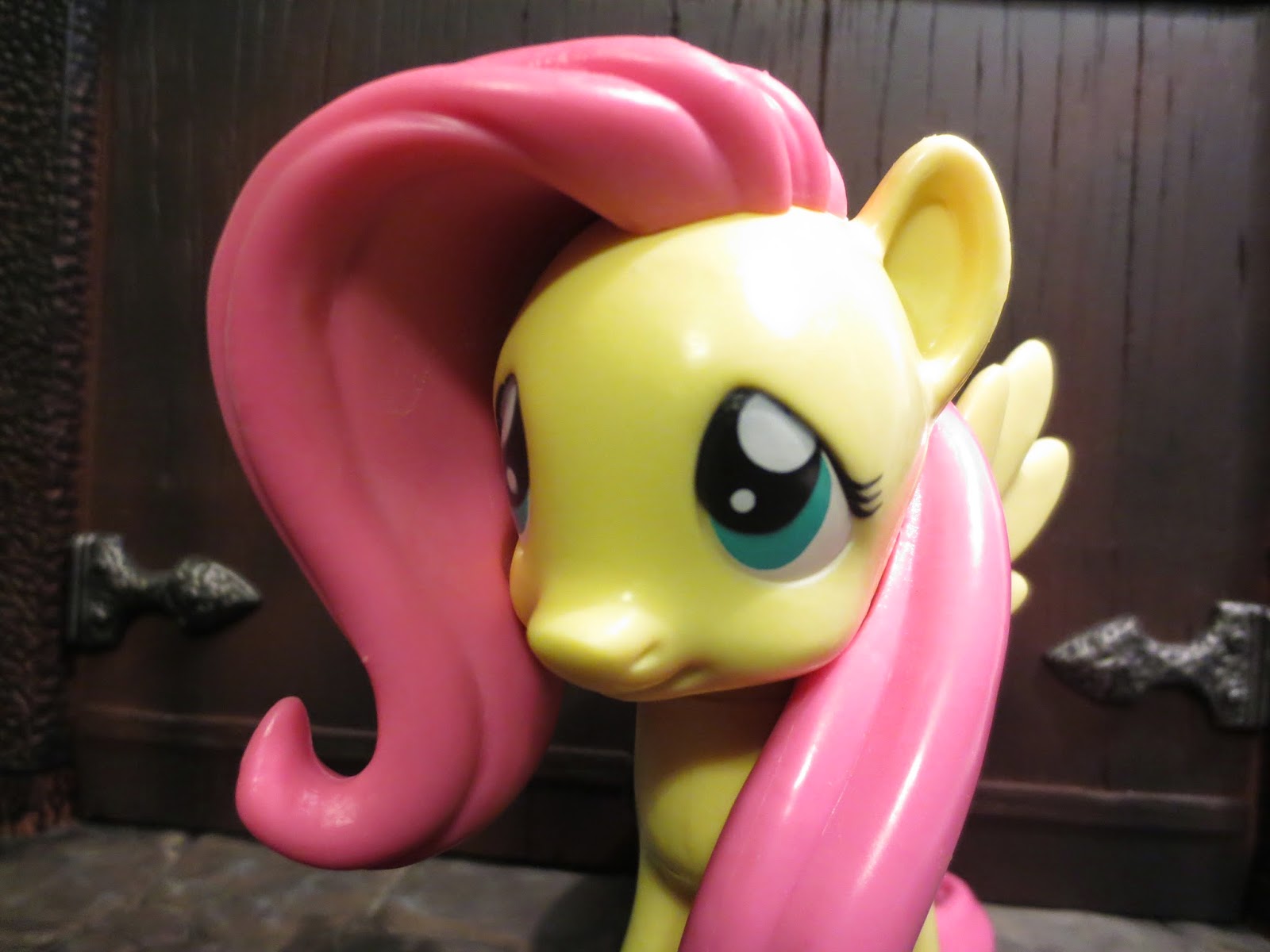 It's part 4 of my Christmas haul and today I'm looking at a gift I got from my wife: Fluttershy from Funko's My Little Pony line of vinyl collectible figures. Yes, I'm a bit of a brony and I've been collecting these Funko vinyls since last year. The Hasbro My Little Pony: Friendship is Magic offerings are definitely not my cup of tea but when I saw these figures, I couldn't resist. Not only has Funko released the Mane 6 but they've also released great other characters like Trixie, Discord, the Daring Do, and Derpy. I actually ordered a Fluttershy offline a month or two ago for far below the typical selling price but I ended up getting the "clear glitter" variant. She wasn't the Fluttershy I wanted for my collection but she is far more rare and has a decent selling price, so I kept her. Ready for a closer look at this Fluttershy? Then join me after the break... 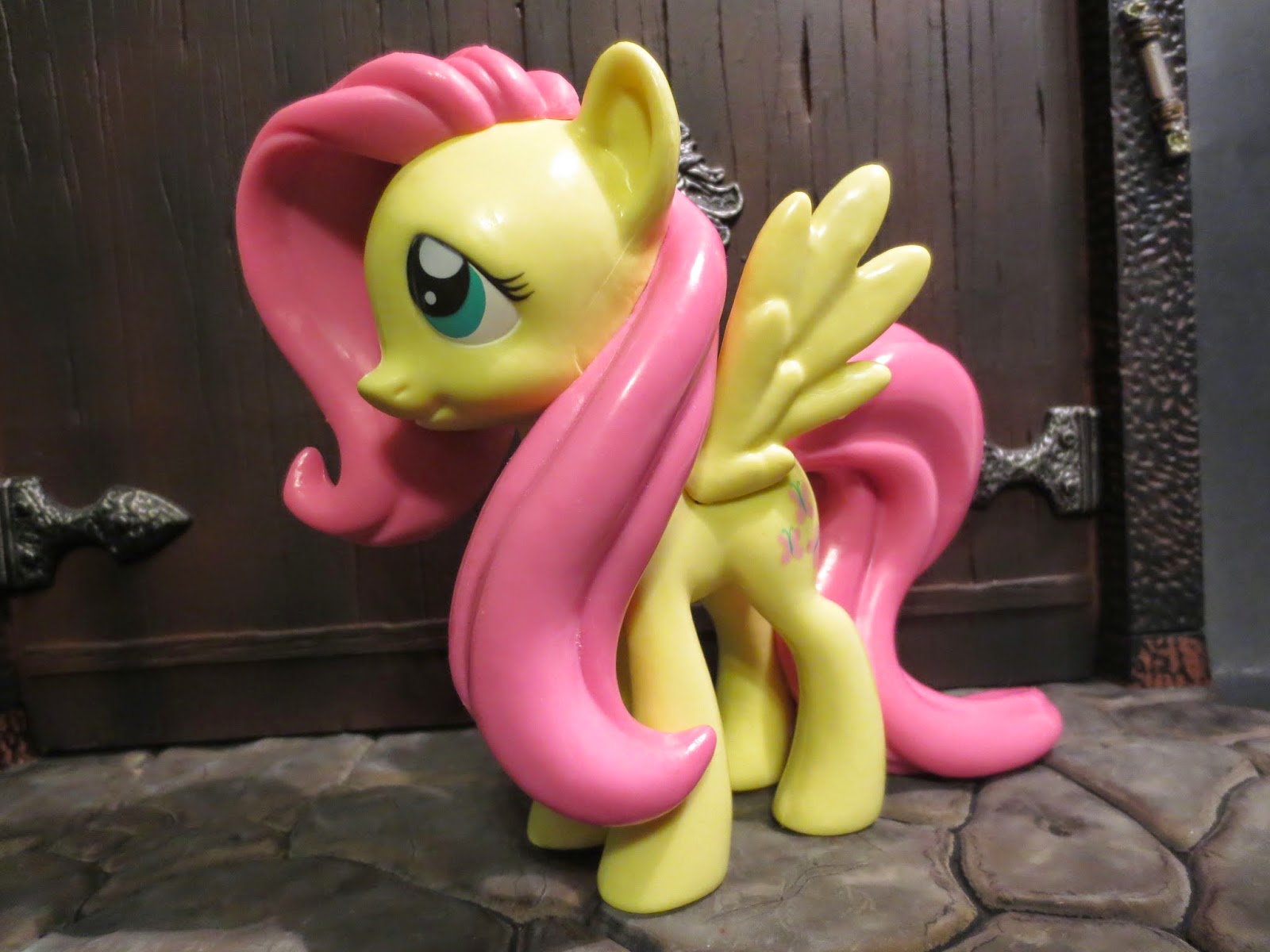 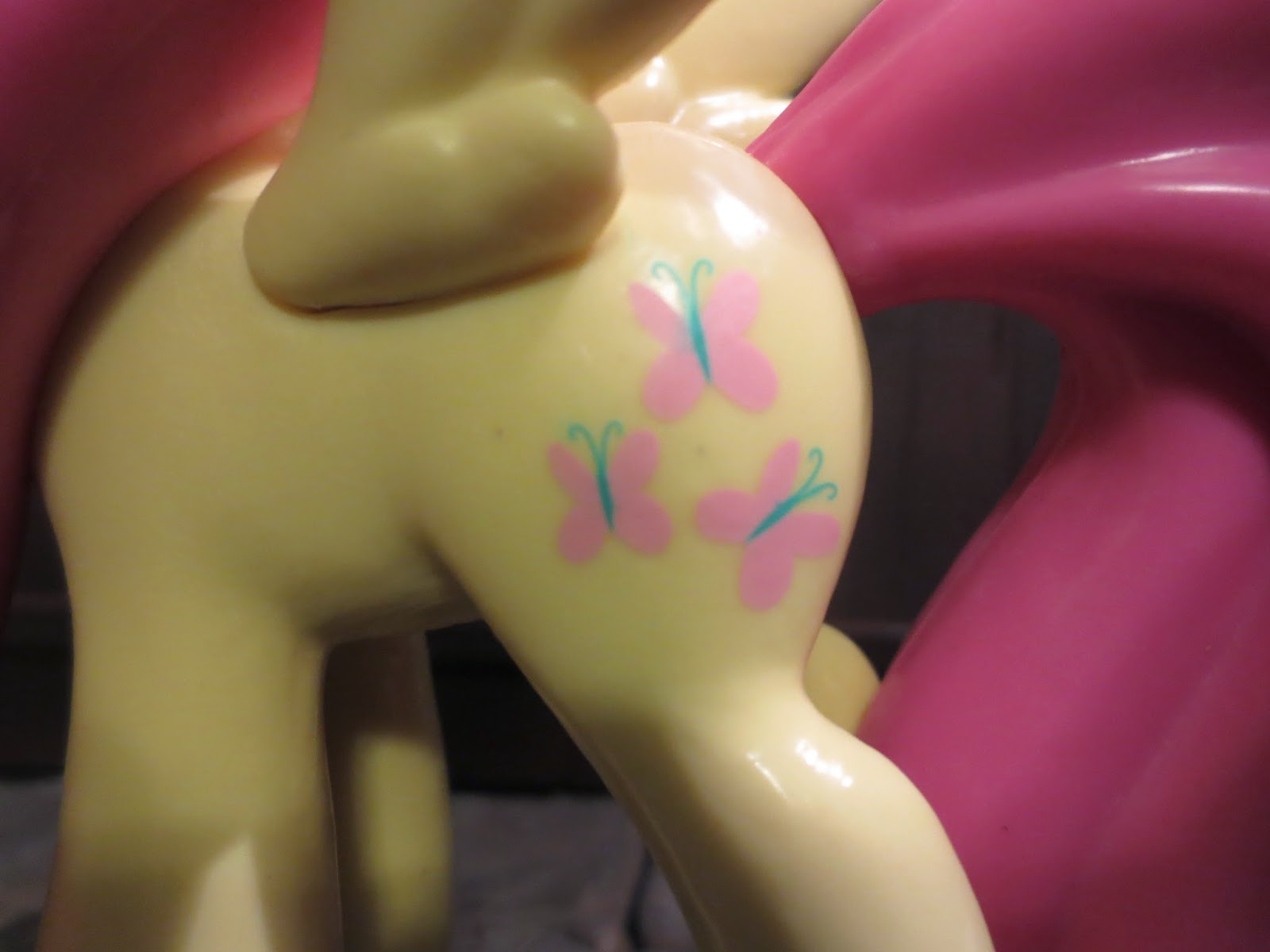 *While these are non-articulated, solid vinyl figures, they display really, really well. The more ponies you have, the better they look together. They're bright, colorful, and provide a welcome contrast against most of my other action figures that look like they're trying to kill each other. 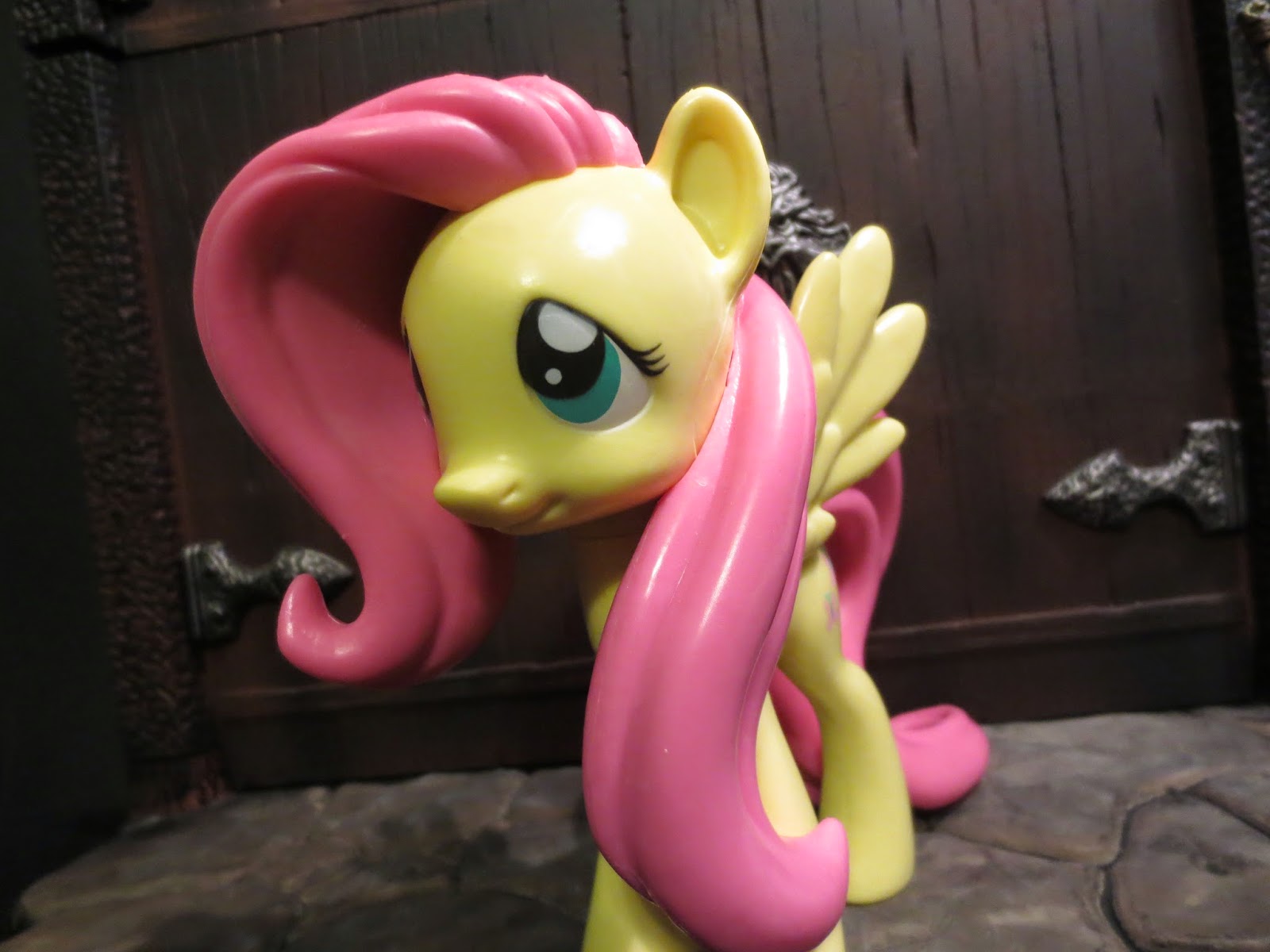 *I think Fluttershy has one of the best headsculpts in this line. Funko really captured her shy, unsure demeanor and her doe like eyes. There's no doubt this is Fluttershy. 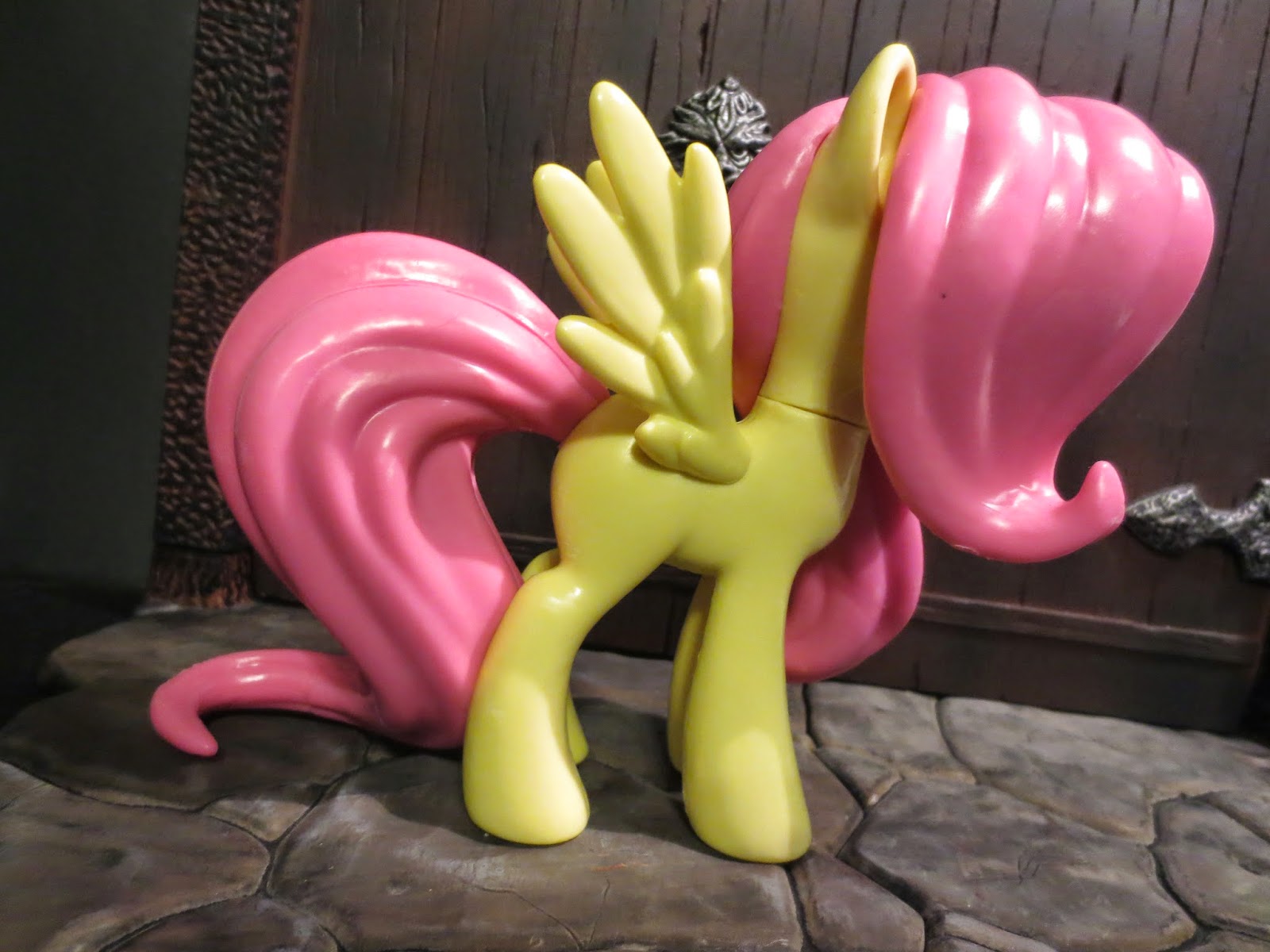 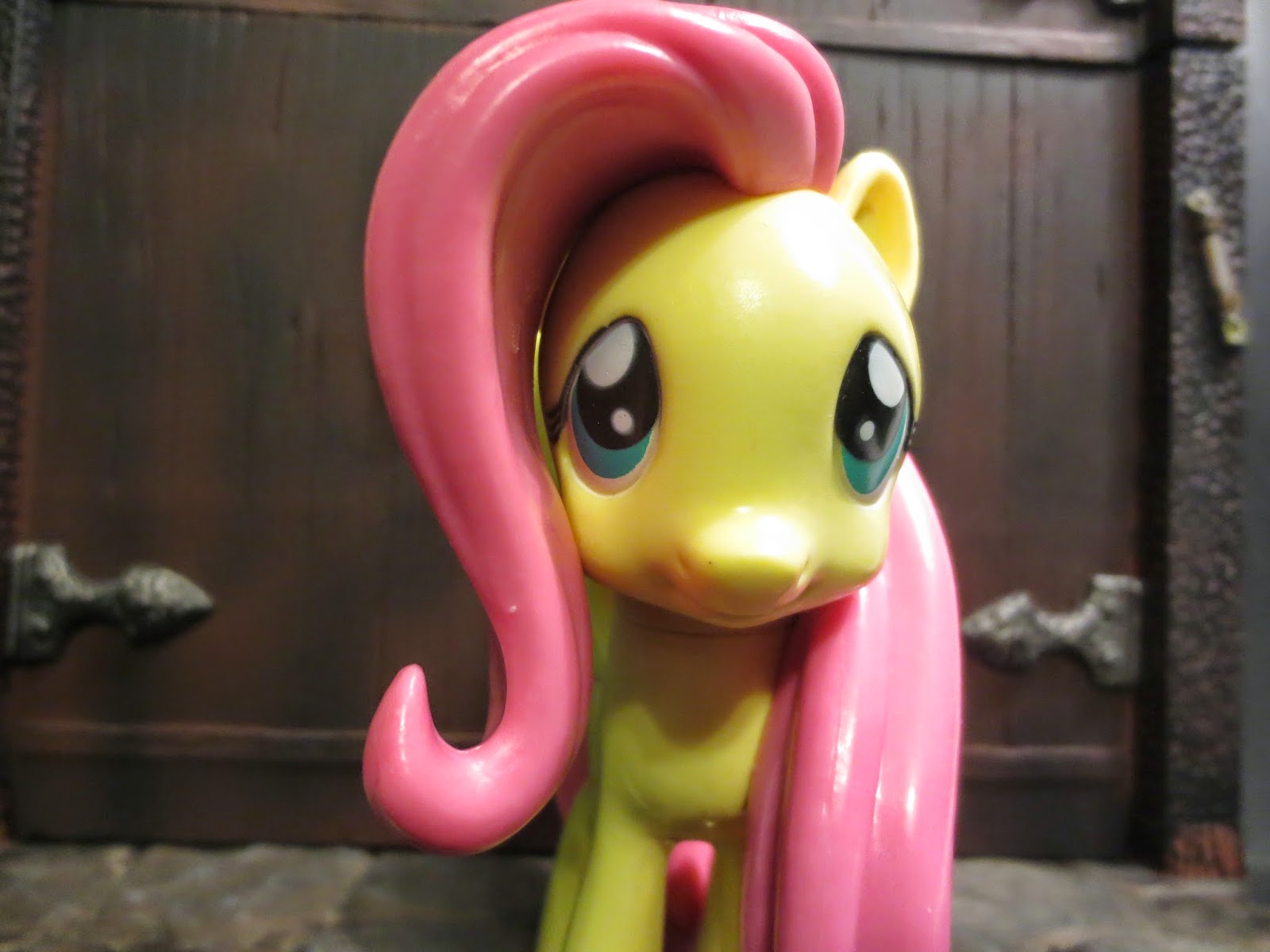 *Because of the vinyl material that Funko uses there are often odd little rough spots on the molding. There's nothing too serious on Fluttershy but she does have a little spot on her right rear flank and her neck isn't perfectly flush with the rest of her body.


These are definitely not traditional action figures nor are they really even toys. I mean, I don't see why they couldn't be although they are clearly marked as being for ages 6 and up (maybe because they're so heavy?) and tend to be sold at places like Hot Topic and book stores rather than traditional retailers. These are definitely desk or shelf decorations for older fans of the show and in that respect they excel quite nicely. Fluttershy looks great and I'm content with giving her a Great rating. While she's my least favorite of the Mane 6, she might have the best likeness of any of Funko's offerings. Of course, I don't have Rarity yet, so I can't completely judge that. I also still need Discord. And I'd love a Spike in this scale. Seriously, this line is addictive and I can't quite explain why.

The only other My Little Pony: Friendship is Magic figure I've reviewed is Trixie Lulamoon.
Posted by Barbecue17 at 1/06/2015