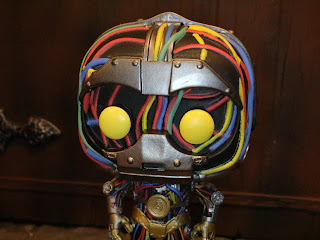 I've had the July 2017 Smuggler's Bounty box for a few weeks but I just have not had the chance to talk about it yet, so why not today, right? July's theme was Droids and this box included a plethora of droid themed items: A C-3PO and R2-D2 themed patch, a t-shirt with R2-D2 and BB-8, a Battle Droid enamel pin, and two Funko POP! vinyls: R5-D4 and an unfinished C-3PO. Direct from Episode 1, a film I have become increasingly nostalgic for over the past 5 years or so, comes this exclusive POP! of C-3PO with his exposed circuits showing. I remember picking up the Episode 1 C-3PO figure and being amazed at how cool he was with all of his parts showing. It's such a cool! Now, thanks to Funko, you too can own your own unfinished version of Anakin's little side project. Ready for a closer look at this POP? Then join me after the break... 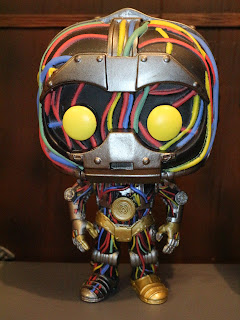 Non-Scalper Price: Included with the July Smuggler's Bounty box. $25 bucks for two exclusive POP! vinyls, a t-shirt, a patch, and an enamel pin. 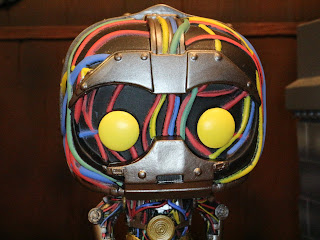 * C-3PO is a really detailed POP! I love the wires everywhere and the yellow POP! styled eyes. He's very, very cool. The stylized shape of the head combined with this less common C-3PO variant might make him not as instantly recognizable as some characters, but I still think Funko did a great job here. 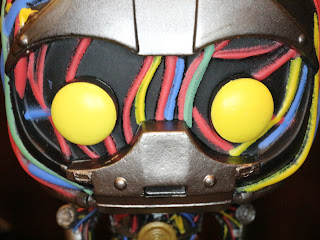 * I really like how much dimension the face has. The mouth plate, the eyes, and the brow plate really stand out from the mass of wires. It's tough to explain, but I really just like the level of detail here. I really want this guy to make an appearance in the Black Series now, too! 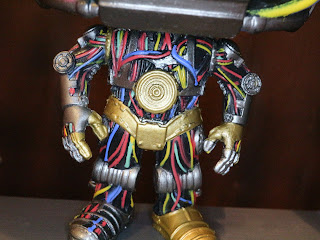 * The body is incredible. Look at all the detail here! The stomach piece, knee and elbow hinges, and articulated fingers are all accounted for. This is some really nice work and one of the coolest POP! vinyls I've seen recently. 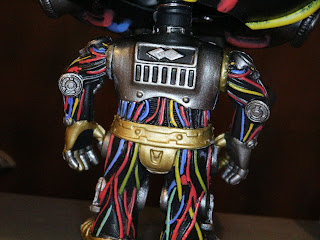 * Here's a shot of some more of Threepio's detailing. Overall, the paintwork is just stellar. Funko does a great job on these Star Wars POP! vinyls. 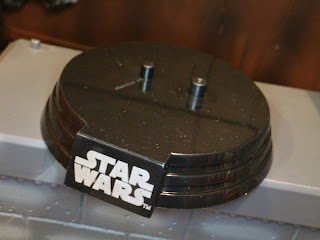 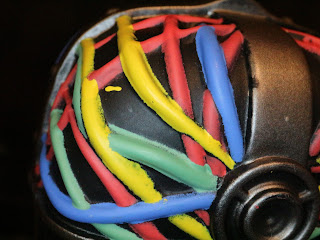 * When you look at the circuits on C-3PO's head, you will find that there is some messy paintwork here. It's not the end of the world, as a little grunge and what not definitely adds to the unfinished nature of the character, but the errant paint splatter does seem a bit much. Usually POP! vinyls seem to have tighter paint apps than this. 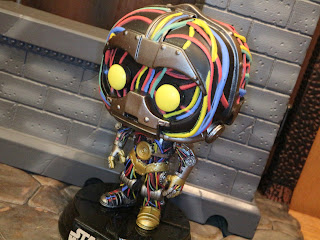 I really like this guy. Not only is it a fairly unique C-3PO variant, but it's an Episode 1 figure (which we don't see much of these days). The design and sculpt is fantastic and conveys the nature of this figure quite well. This is a novel exclusive and a Great one. I'm really digging this guy. C-3PO has plenty of fans and I'm sure this POP! is probably a nice piece for many a collection.

If you want to check out more POP! Star Wars figures, read my reviews of the following: