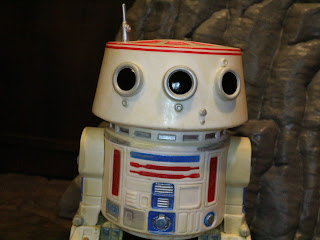 The Unfinished C-3PO POP! vinyl I looked at yesterday was one of two POPs in the July Smuggler's Bounty box, so today we will be looking at the second: R5-D4. While R5-D4 is a pretty minor character, he gets more credit than most other droids because: A. He actually affects the plot, and B. He had an action figure in the vintage Kenner line. He also had a cool as heck missile firing variant in the Power of the Force 2 line, but I think that figure only resonates with a few of us. Overall, I'd wager R5-D4's enduring popularity (granted, I'm not sure I'd call him mainstream or anything) can mostly be attributed to having a vintage Kenner figure. If you scored a vintage Kenner figure, you're guaranteed to be loved forever. Let's take a look at this very cool R5-D4 POP! vinyl after the break... 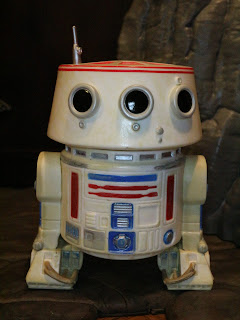 Non-Scalper Price: Included with the July Smuggler's Bounty box that retailed for $25 bucks and contained two exclusive POP! vinyls, a t-shirt, a patch, and an enamel pin. 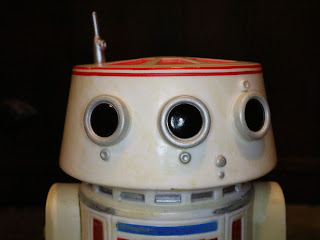 * R5-D4 has a great sculpt! I really like the look of this guy as it's a nice blend between the droid's film appearance and the POP! styling. It's kind of funny that Funko took R5-D4's three optical ports and made them larger with the standard "soulless black eyes" that most POP! vinyl figures have. 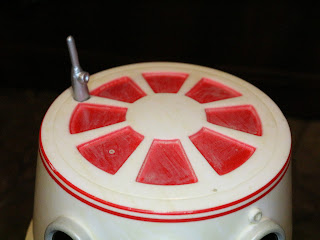 * There's a really nice covering of sandy paint on top of R5-D4's dome. One of the weaker aspects of the recent Black Series R5-D4 is the lack of weathering, a weakness that Funko avoided here. Funko really made sure that this guy looks like he's been cruising around Tatooine with a bunch of Jawas for a minute. 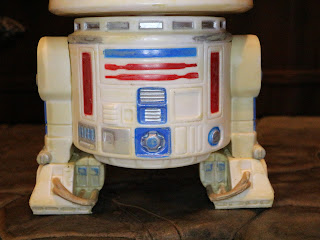 * While the proportions of the body are stylized, the details are all present and accounted for. This is a great astromech droid body. Is it reused? Probably. Does it accurately resemble R5-D4? You bet it does. 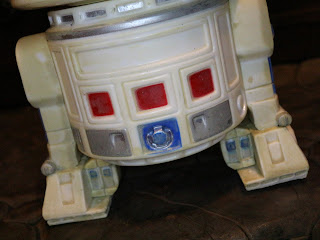 * The back further shows off the tight paint apps on this guy as well as the heavy weathering. While he's not "realistic" I find myself liking this guy a bit more than the Black Series version. 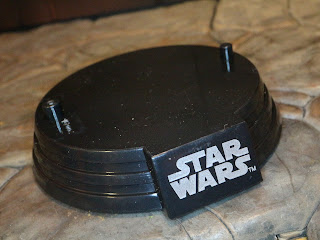 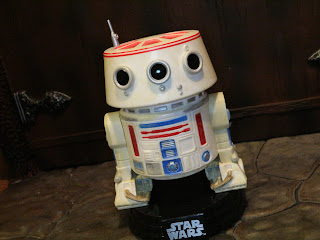 I feel like POP! vinyls pretty much hit the mark so long as you're a fan of the property they represent and the style of the line. R5-D4, I'm happy to report, is a another solid release in the Smuggler's Bounty exclusive series. Funko does a great job balancing new characters and obscure variants across multiple different sources (prequels, Original Trilogy, new era, Rebels, etc.) and R5-D4 is another example of a solid character choice. He's a Great and a 1/2 POP! vinyl and well worth picking up for collectors of the character or Star Wars POP! collectors in general.

If you want to check out more Star Wars POP! vinyls, why not peruse my other reviews?