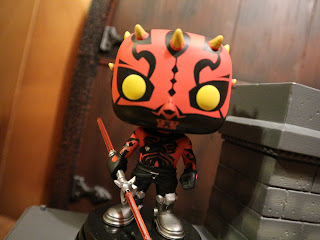 It's time to check out the 3rd vinyl figure from the Rebels inspired Smuggler's Bounty Crate from Funko: Darth Maul from Rebels. Sorry for the spoiler, but Darth Maul is still alive and kicking on Rebels. Well, the last time I saw him anyways. Who knows what has changed recently, huh? Anyways, I'm always a sucker for Darth Maul stuff and I was pretty thrilled to know that he was going to be included in the crate. Let's check him out, shall we? More Darth Maulness after the break... 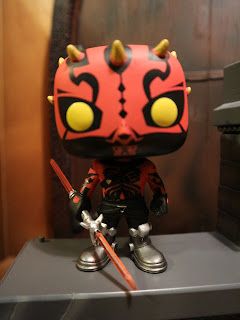 Non-Scalper Price: $25 dollars as part of the March Smuggler's Bounty crate which also includes 1 other POP! vinyl, a Choppper Hikari Mini, a t-shirt, a pin, and a patch. 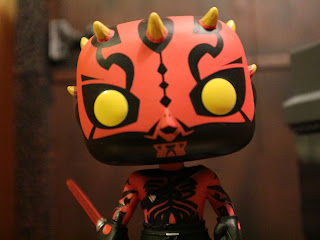 * This is a pretty creepy looking POP! vinyl. Not as creepy as something like Twisty, but still a bit unsettling thanks to those oversized yellow eyes.The work on his facial tattoos and his horns is incredible. Many companies always have a problem getting these to look neat and clean, but Funko has done a incredible job here! 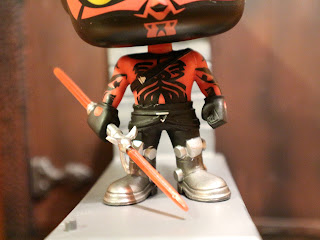 * The body is handled really well too. I'm digging the heavy duty boots and the shirtless look of Maul. As someone who has been a fan of Maul since I was in 9th grade when Episode I came out, I'm thrilled of the longevity of the character despite his being cut in half in his initial appearance! Glad to see that Maul's chest tattoos, what was once just an Expanded Universe concept, is fully part of canon (although that occurred in Clone Wars initially). 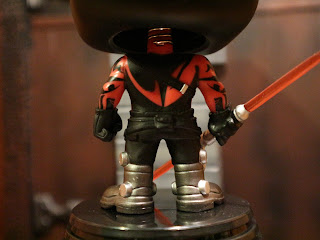 * From the back you can again see how neat and clean the paintwork is here. Funko has really done a great job with Smuggler's Bounty exclusives and March 2017 has been one of the strongest sets yet for this subscription series. 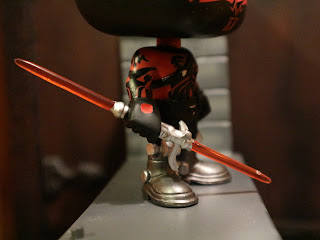 * I love the wicked look of Maul's lightsaber. It's very cool as it retains the double bladed feature of his classic double bladed lightsaber staff but adds some extra stuff onto the hilt. 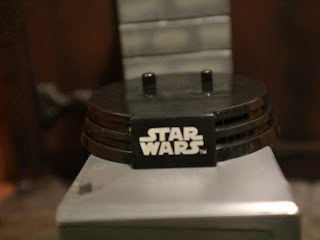 * Like the rest of the Star Wars POP! vinyls, Darth Maul comes with a display stand. It's a simple black stand with foot pegs and the Star Wars logo printed in silver, but I love the look and the uniformity across the line. 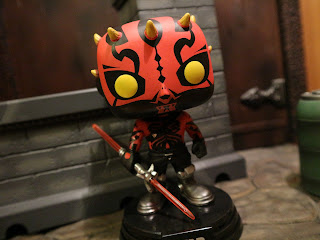 Darth Maul is another Great 1/2 POP! vinyl. Funko really has these down to a science but, when you keep getting to add more cool Star Wars figures to the shelf, it's tough to argue with their methods. Maul has really nice sculpting and some very impressive paintwork. I'm very pleased with how neat and clean the lines on his facial and body tattoos are. The Rebels Smuggler's Bounty box is quite possibly the best Funko has released and Maul is a big part of that greatness.


If you're interested in Darth Maul, I've reviewed a few other figures of him including the Hero Mashers spider Darth Maul and the Sith Speeder & Darth Maul set, as the Black Series Darth Maul,
and set of microfigures from the Episode 1 Micro Machines line.

If you're just looking for more POP! Star Wars reviews, feel free to check out the following: